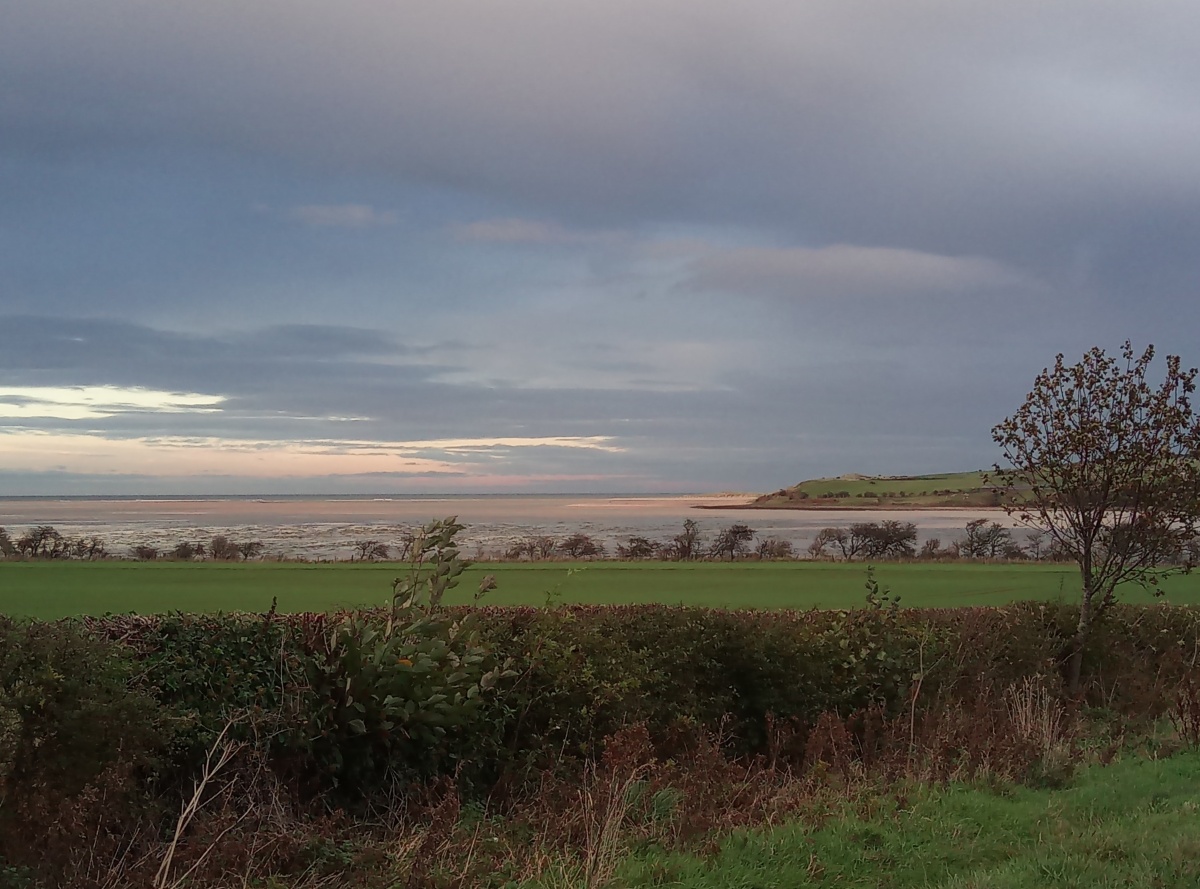 We had a week in Longframlington at the end of October. It was a bit hard because C wasn’t very well. So much so that we missed the first day of our holiday. We took the A19 because the A1 was at a standstill.

We spent an afternoon looking at old churches which was fun. There are only a very few that I find truly make me feel at peace. Went to Whalton, Meldon and Bolam. It was so dark in Bolam church we had to use torches to look round.

One day was a trip to Morpeth for a few shops and then a very short walk at Druridge Bay so we could see the sea in the twilight.

Another day we went to Bamburgh and Seahouses and Budle Bay, going home a long way round via Wooler.

Whilst Carol dialysed, I went to Rothbury and hiked on the hills to look at the pre WW1 training trenches. They are quite distinctive but were more shallow than I expected from the photo I’d seen. I navigated to a 6 fig grid reference which was fun.

The other dialysis day, we had a look into Felton church which almost appears not to have a roof as you walk up to it. I went to Darden Lough to complete a walk we’d failed to finish. It wasn’t that great, annoying underfoot, the path was little used and the heather sort of grabbed my trouser bottoms and twirled them until they were really tight on my calves!! But there was a gorgeous sunset to reward me for my efforts.

We had 2 meals out, at the Northumberland Arms in Felton. Both our main courses were too sweet. Mine was beef with a jus. We also ate at the Anglers’ Arms about 10 minutes from the cottage. Straightforward pub food but relaxing because a straightforward pub.

On the way home we stopped off at Corbridge. Then routed ourselves to Blanchland just because I like it there and wanted to see it again. I drove back on the A68 because I hadn’t been on it before. 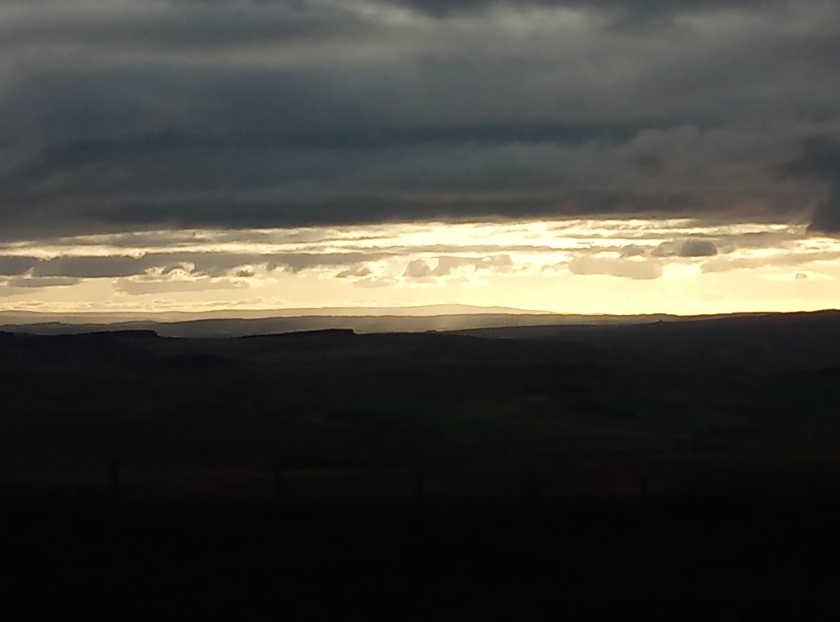 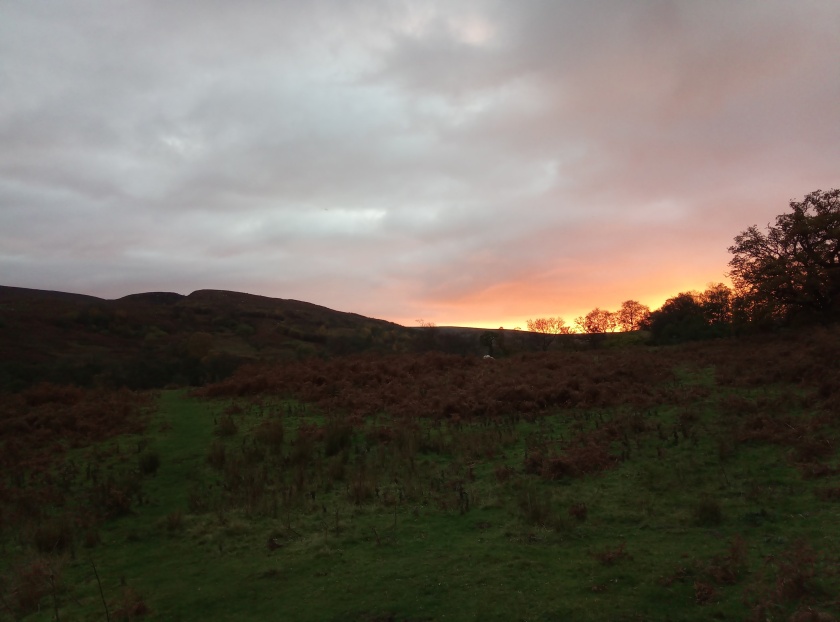