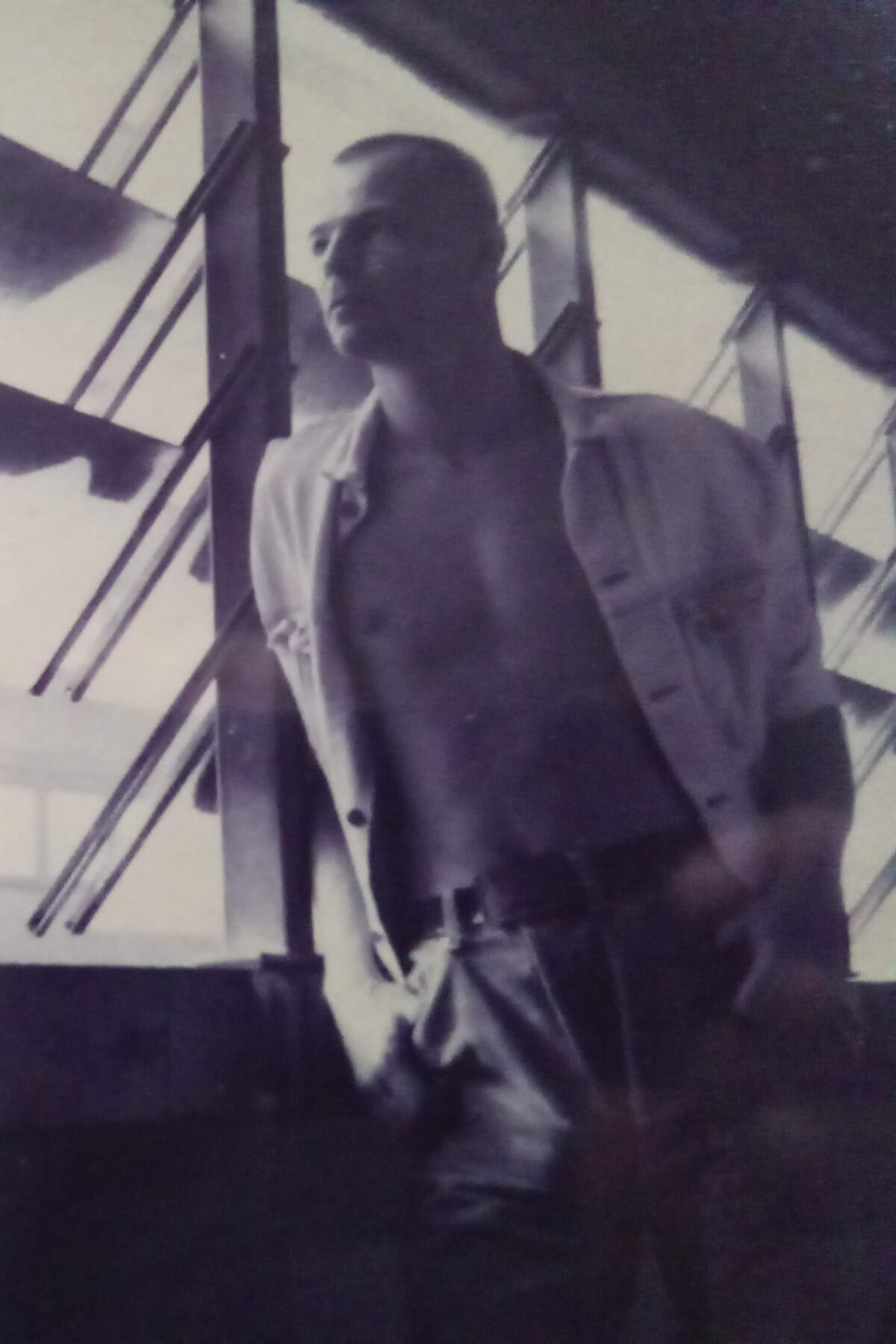 Dave died the day the Manchester bomb went off (15th June 1996). I was in the bath in my 6th floor flat in Salford. The bath literally wobbled from side to side. I asked Carol what had happened and she said “there was a gust of wind”. Not a leaf was moving outside.

Dave had been caught up in the Harrods bomb and I think he died pretty much around the time the Manchester bomb went off. One of his books was called “A Controlled Explosion“.

When I met Dave he was firing on all cylinders, fired up and fiery. In 1976 we both rocked up to West Suffolk College of Further Education or Bury Tech, with friends Jo and Tom. I was in awe of them because they were already a very established couple then and they really really are today.

Dave and I had an intense short fling. We were both hot for each other. Lots of fireworks. We played Joni Mitchell’s Hejira and Abba’s Knowing me, knowing you. I didn’t know what a Dancing Queen was but I was about to find out. I was heartbroken on the other Queen’s Silver Jubilee to find out Dave didn’t want to continue with our affair, I thought my world had come to an end. The Sex Pistols’ God Save the Queen was not to be played at Bury Corn Exchange that year because they were banned. In the Tech we were spinning Steve Miller Fly like an Eagle and Fleetwood Mac’s Rumours.

We remained friends, we wandered round Bury, drinking beer, sometimes with Rodney and others from the Tech. We had a brief, very brief spell with the Liberal party. He bought me tiny China cups from a junk shop and I still have them. Dave was tall, handsome and slightly bandy legged. I was a long haired hippy with a maroon cord jacket, jeans and cowboy boots, not even sure how to do a halfway house to queer. I wanted boys and I wanted girls.

One time, in Great Livermere, we entered the unoccupied vicarage (which had once been home to M. R. James, ghost story writer and of whom I was later to find that Carol was a great devotee). I got hit on the nose by a jack in the box disguised as a tin of cigars.

After Tech, Dave set off for Cambridge to continue with his love of English and wanting to write. He introduced me to the 451 club on Newmarket Road. I saw drag queens for the first time plus the rowers on the floor for The Gap Band’s Oops Upside Your Head (I didn’t want to get on the floor then, let alone at any time after). By this time it was obvious what Dave was wanting and getting.

We’d meet up at Christmas, Pat and Ken, Dave and Helen’s parents always so welcoming to me. Dave would grumble away in the background, always wanting something more, something else. After Dave died Pat and Ken continued to invite me to their home until they themselves died. I miss them too.

During the Cambridge years, Dave and I took a trip to Ireland. We hitchhiked, got drunk, picked up a stray dog, got soaked many times and had an experience with Dermot near Shannon airport, nylon sheets, and masses of generosity to complete strangers. On the way back, we were extensively searched and questioned by border controls because it was the day that Mountbatten was murdered, 27th August 1979. Dave later wrote up this trip into a novel called I Smell Burning. It was his last book and we tried unsuccessfully to get it published. It took a while to convert Dave’s Amstrad floppy disks to that printer paper on a reel with holes down the sides then from that to regular A4. Once on that I scanned it all in and then had usable files, however I had to use optical character recognition to tidy them up as they’d got a bit scrambled in all the conversions. Eventually I got it onto Kindle. It hasn’t made any money but it’s there.

Dave went to London to pursue his dreams, writing for magazines, proper writing, and politicking and having sex all over the place. I’d gone to uni in Cardiff and was having lots of sex with guys and then with girls. We drifted apart. Our meetups became much more occasional.

It must have been ’94 or early ’95 when I got the phone call from him. I knew what he was going to say before he said it.

I spent a weekend with Dave a few months before he died. He’d said to me way back when that he didn’t want to have anything wrong with his brain. So that’s what AIDS did for him, a bloody bomb in his head. That weekend he was seriously out of control, partly AIDS, partly fear. He was funny, he was awful. He was beautiful, he was scared.

After Dave died, some of Dave’s long term friends and his family kept up a June picnic on Hampstead Heath for 10 years. We’d scattered his ashes there in a place that gave him pleasure on a very windy day, some of us getting eyefuls and mouthfuls of Dave. What’s new pussycat?

Maybe, a short story in Oranges and Lemons 1987

Pictures of Sand, a short story in Fabulous Tricks 1992, which he co-edited

I Smell Burning probably written in 1995