I woke up at 3.30 a.m. feeling completely hideous and left the house at 4.15, managing only a cup of tea and some juice. At Manc airport at 5.00. I checked in my bags but because the flight was with Flybe for BA, I was subject to their carriage rules which did not allow my small suitcase to come in the cabin with me “because the flight is very full”, so I had to pay extra to take my bag in the hold both ways. Grrr. Straight into a long queue for coffee and a yoghurt and granola pot in Costa. I went through into departures buying some Ibuprofen for Liz and some CK for me. There was no electronic notice about the gate but suddenly the tannoy said it was the last call. Seeing as how there hadn’t been any call this was not quite true. I had a double seat all to myself and stretched out. The plane was late leaving which made me late into Milan. Then thanks to the evil lying Flybe attendant, not content with fleecing me for my bag, she sent it off into lost luggage land. This was the biggest of my several “lost and found” events of the holiday. This was the bag with all my clothes in it, not the bag with all my mountain kit in it. All I had was what I stood up in, short sleeve shirt, jeans, sweatshirt (it was chilly that early in the morning), big thick walking socks and very big Alpine walking boots! It was pretty hot in Milan – high 20s. The airport staff were very helpful and gave me claim forms and said the bag would most likely appear the next day.
Time was marching on and although my plans had given me lots of time for lunch at Milan airport, I now had no time for any refreshments or comfort break before catching my bus to Turin so just had to leap on very hungry and just a bit stressed. The bus was fine, it took about 2 hours to get to Turin, crossing a dull, flat, rotting industrial region. My first impression of Turin was dirty and rough looking. The bus dropped me off at Corso Vittorio Emanuele which is a very long road cutting Turin from East to West. I hopped in a taxi and got to my hotel – the Art Olympic, by this time I was very hot. The hotel was in a quite nice residential area, at least it didn’t feel scary unlike some of the places the bus went through. I whacked the air con up high and went shopping in the supermarket – Bennet just across the road. I bought bread, ham, tomatoes, a small pack of butter, beer and water. Also a toothbrush, toothpaste, shower gel (hotels was very pongy) and a shirt, shorts and pants! I took these back and stuffed myself. Then I had a shower, washed out the clothes I’d travelled in and fell asleep.
The hotel reception sold me a Turin card for €20, this gave me free travel and free entry to museums and attractions.
Woke up a bit better so got the 72 bus into city centre. Turin buses don’t give you any information so you either have to fathom the rotten free map from the hotel or guess where you are. Not like my public transport Mecca – Geneva! I got off a bit early at Porta Susa and then walked to Piazza Castello in search of a non existent gay cafe. Instead I found a science exhibition going on in the square. Lots of great statues.
Time for another meal so I located a small resto on a side street. I ordered salad and a 3 stagione pizza with ham, artichokes and mushrooms – it was enormous so I ate the filling and left most of the base. All washed down with a big glass of beer. I missed my bus so walked up to Porta Susa and caught the next one back. I rang Mel for Annie’s phone number as I’d entered it incorrectly into my phone. I rang her and we agreed to meet the next day. This was nice as I was feeling a bit rubbish without my suitcase especially as I’d packed my nice clothes for my holiday and didn’t want to lose them.
At this point I was too hot and didn’t really like Turin much. I hadn’t slowed my pace to theirs so was still racing around.
I saw a very old man putting a sheet on the pavement and preparing for bed.
Also a tally of 4 people with their arms in slings! 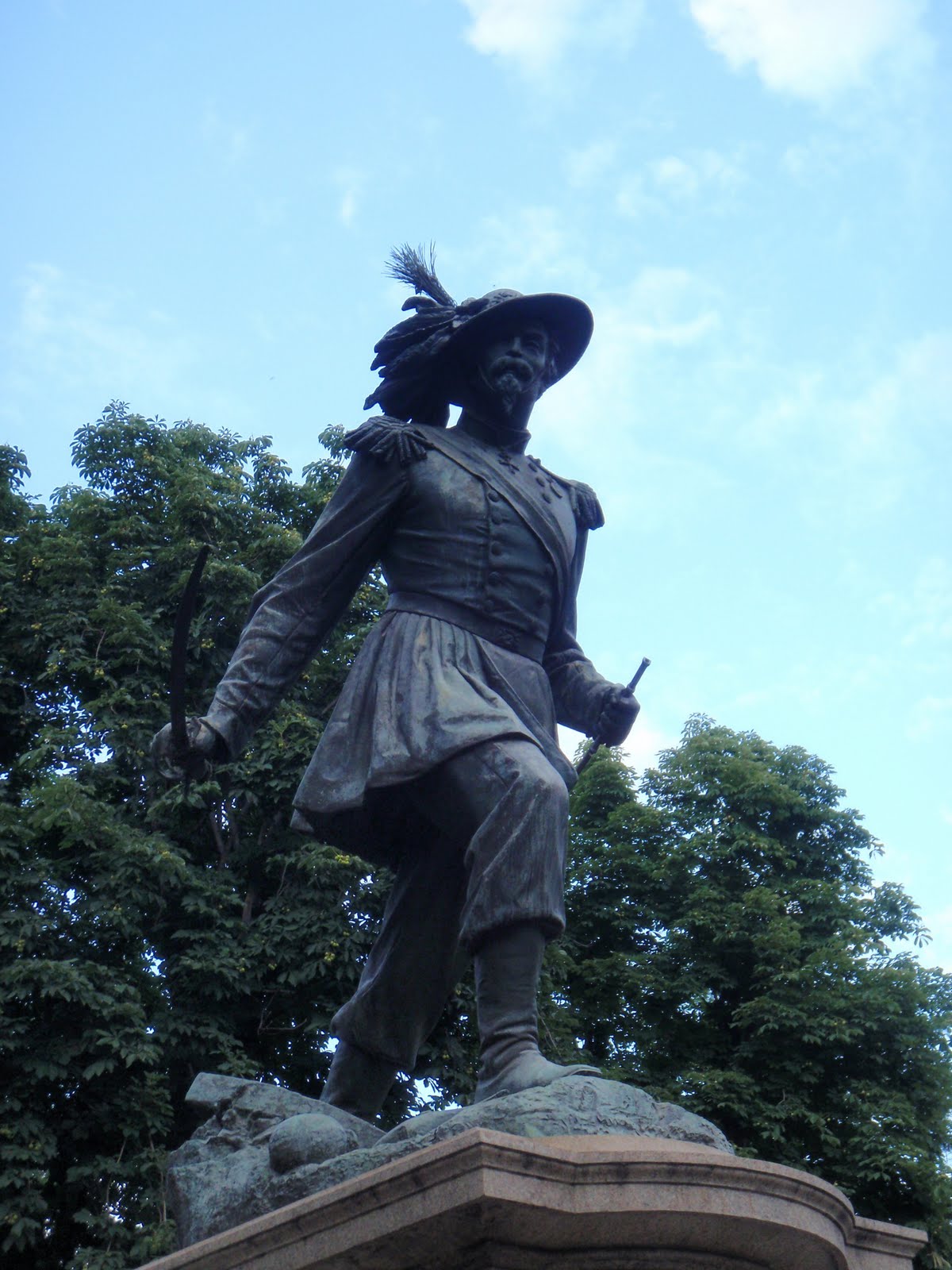 Sunday 4th July
I got up about 7.30 and had my first shower. Breakfast was ok but not startlingly delicious – cereal and yoghurt, bread and butter. There was meat and cheese but it looked sweaty and there was a fly on the croissants so I didn’t go with any of those things. The coffee was out of a self service machine and was vile. Whilst getting ready to go out, the phone rang and it was reception to say that my bag had arrived – hooray. I went and collected it straight away. The zip which holds the whole suitcase together had been totally mangled by a conveyor and once I’d opened it up, it basically fell to bits, being only held in one piece by a plastic tag. I photographed it extensively for my insurance claim. Luckily there is a luggage shop across the street so I would be able to get a bag on Monday.
I managed to get a much better map of Turin from reception and headed off on the 72 back into town. Specifically to go to the museum of the Risorgimento (to see if there was any mention of Evasio Radice, my great great grandfather and a prominent figure) but the blasted place was shut for what looked like a major refurb. so no dice there. This was quite annoying as I’d looked it up before leaving and the web site had not and still does not mention the closure.
Determined to get some use out of my Turin card I headed next to the Alpine Museum, this was up a hill called Monte dei Cappucini. I looked in the church briefly as you were not allowed to go very far in. Had my home made sandwich lunch in the shade next to the church and then went into the museum where I spent a very happy couple of hours. There is a great vista from this little hill across a very long section of the Alps. You can really see what an enormous and majestic obstacle they are.
I went back down and met up with Annie and Caroline just near the bridge, very nice to see them and we went for a drink by the river Po and caught up a bit.
We decided to go up the Mole Antonelliana tower, this ex synagogue also houses a film museum but we didn’t really have time to look at this. The lift is glass and is very small compared with the tower. It goes right up the middle and it goes up for a minute. This felt like a long time to be dangling in the middle of nothing and I can’t say I enjoyed the ride up. At the top the view across the city is great and you can see how huge Turin is. The descent was not so bad, better the devil you know. The city is laid out very well and there are just lots of enormous squares with huge public buildings in them and always a big statue of a bigwig – Vittorio Emanuele or Carlo Alberto etc. etc. There is also a lot of graffiti on the important buildings which is really depressing. They need to adopt a zero tolerance attitude and do some heavy policing about this and the endless crap on the streets, and so do we.
I went back to my hotel on the bus accompanied by I think a Romany accordion player with his one eyed wife. He seemed to be playing in a deliberately irritating way, eventually a big Italian mama got him to give up his seat for her as she waved her OAP card at him. This was really quite a bizarre incident and reminded me of that really annoying book about accordions by Annie Proulx! This however is a link to the best ever accordion playing by the sadly missed Danny Federici, I think this is the last time he played with the E Street Band.
Another shower and then more or less straight back out to meet A and C. They were in a hotel near the Porta Nuova station (biggest station in the city), however none of the buses went there! I got off at Porta Susa with the intention of hopping on the metro to get to Porta Nuova, however big signs in the metro saying to get the no.1 bus about which the bus stops had no information. As Porta Nuova was on Corso Vittorio Emanuele I asked the next bus driver if he went there, he said yes. What he didn’t say was that he didn’t stop so we whizzed past it and then of course the bus didn’t stop for ages. This gave me a hot 20 min fast walking detour to get to A and C. I passed the most enormous monument ever of Vittorio Emanuele, an absolute whopper!
We went to a small resto on a side street. I had jumbo spaghetti with sausage and mixed salad and beer and water. Not bad, more hefty portions. A and C walked some of the way to the bus stop with me. We had planned to check out the gay scene but we were all knackered and none of the locations we’d got listed showed up for real.
On my way to the bus stop I passed through Piazza Carlo Alberto which was very fine. The science expo was holding an outdoor public interview with some scientists on a big stage with big screens like a rock concert. Loads of people were listening to this.
As I got back to the hotel it rained a bit which was lovely. I had yet another shower.
Only 2 arms in slings today. 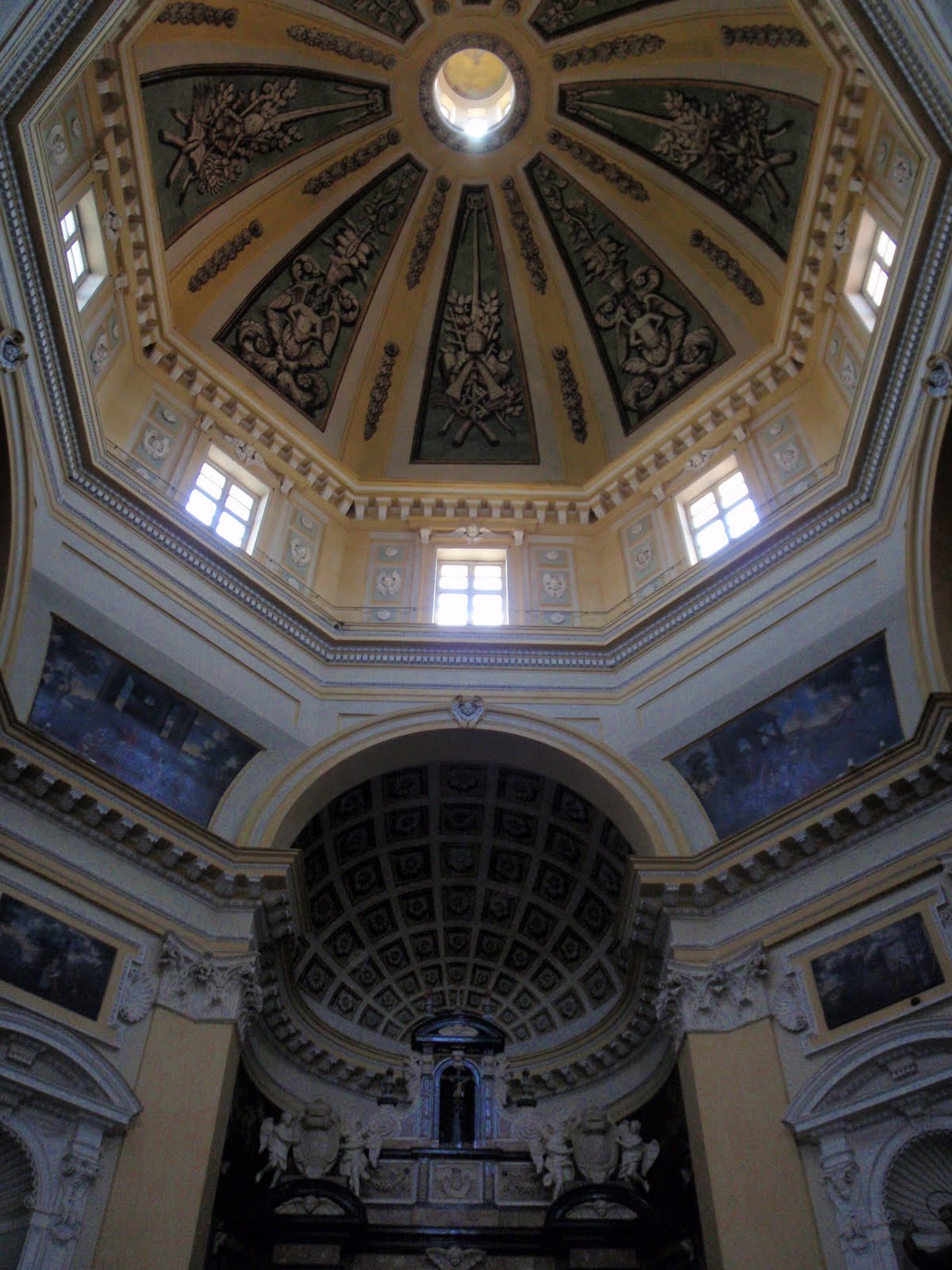 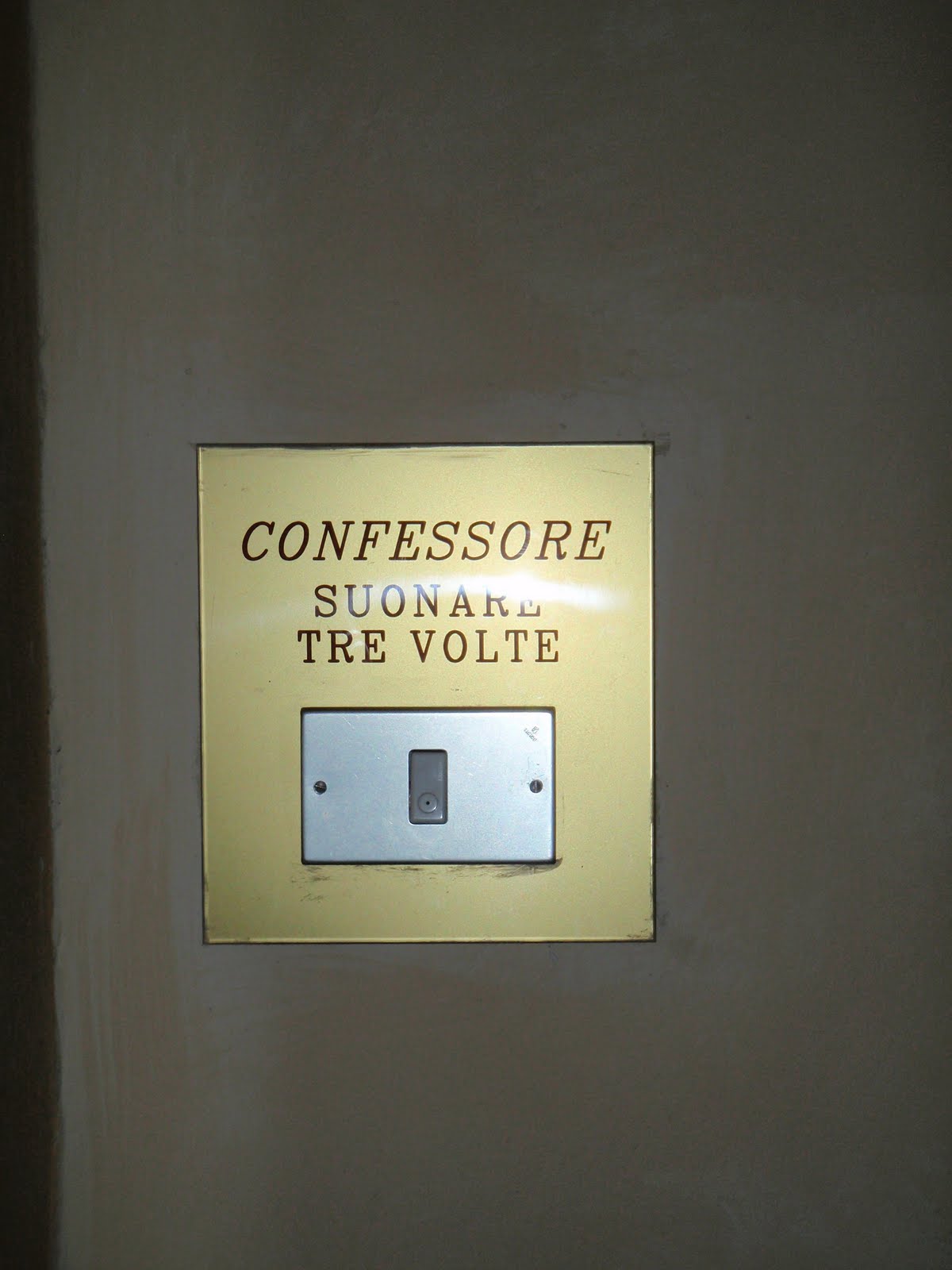