There was a problem with dialysis so we were late leaving. Arrived in Ashton Bowdler just south of Ludlow about 7.15. Quickly got settled in to Orchard House B&B then out to the Charlton Arms at Ludford 5 minutes away. We both had beef carpaccio starters and I also had a cheese soufflé starter. We shared a bowl of chips. Not bad.

C had cooked breakfast and I had continental. Finally got out about 11. First to Richard’s Castle to look at the nice old church with a great deal of discrimination on seating. From cheap seats to a massive box. Also an interesting screw thread on a huge old beam which stops the building from falling down.

Then to Knighton where cash machine ate Carol’s card grrr. But the bank itself wasn’t open on a Wednesday. To Aardvark books at Brompton Bryan where we lingered and ate cake. Then to Haye Park Wood near Ludlow for a short walk. Back to Orchard House and out again to The Baker’s Arms 7 minutes away in Orleton. C had chicken and mushroom pie with chips and salad and I had nut roast of the day with chips and salad. Chips were better than the night before. Nice food but a bit slow to arrive. 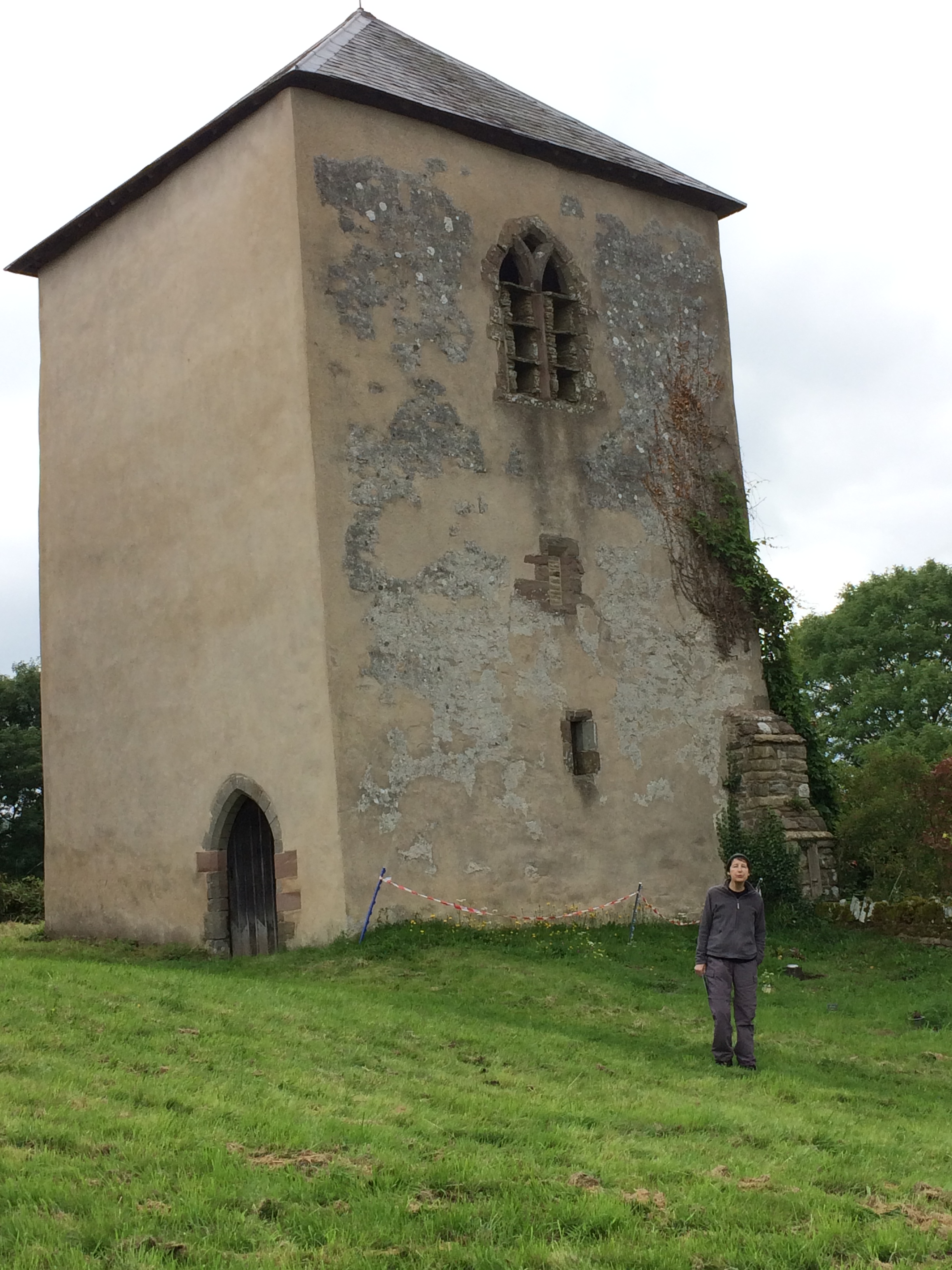 Both had continental breakfast today. Out to Knighton early to see if the card can be recovered but no the machine has not only eaten it, it has destroyed it. Then to Bucknell which has a nice old post office and onto Bromfield to the Food Centre which is a sort of giant farm shop like Tebay services. Got some bits for lunch and supper. To Church Stretton but the road we wanted was shut so a long way round to get to our walk on the Long Mynd. Set off, had picnic, very warm in sun. C not really up to walking back so sent her on to road 300m away. I walked just over 1k back to the car and drove round to pick her up. A long way and it took ages because the road was narrow and there was lots of driving onto verge and backing up. Some drivers find this so hard to do and are completely unable to reverse using their mirrors. I know I shouldn’t get cross but if I can do it why can’t they?! Finally collected Carol who was loitering with some wild horses. We had to go back down and round following the road mending lorries which were way too big for the road and went very slowly until steam was coming out of my ears. At last they went left and we went right. Back to Church Stretton along with some more numpties. It was hot, just like the last time we were there. Wandered about and then back to Orchard House. Had our snacks downstairs. Out to cross the railway line to see the church but it was shut. It’s right on the River Teme, beautiful spot and Ashford Bowdler is a cul de sac so very quiet despite being poised between railway line and the A49. 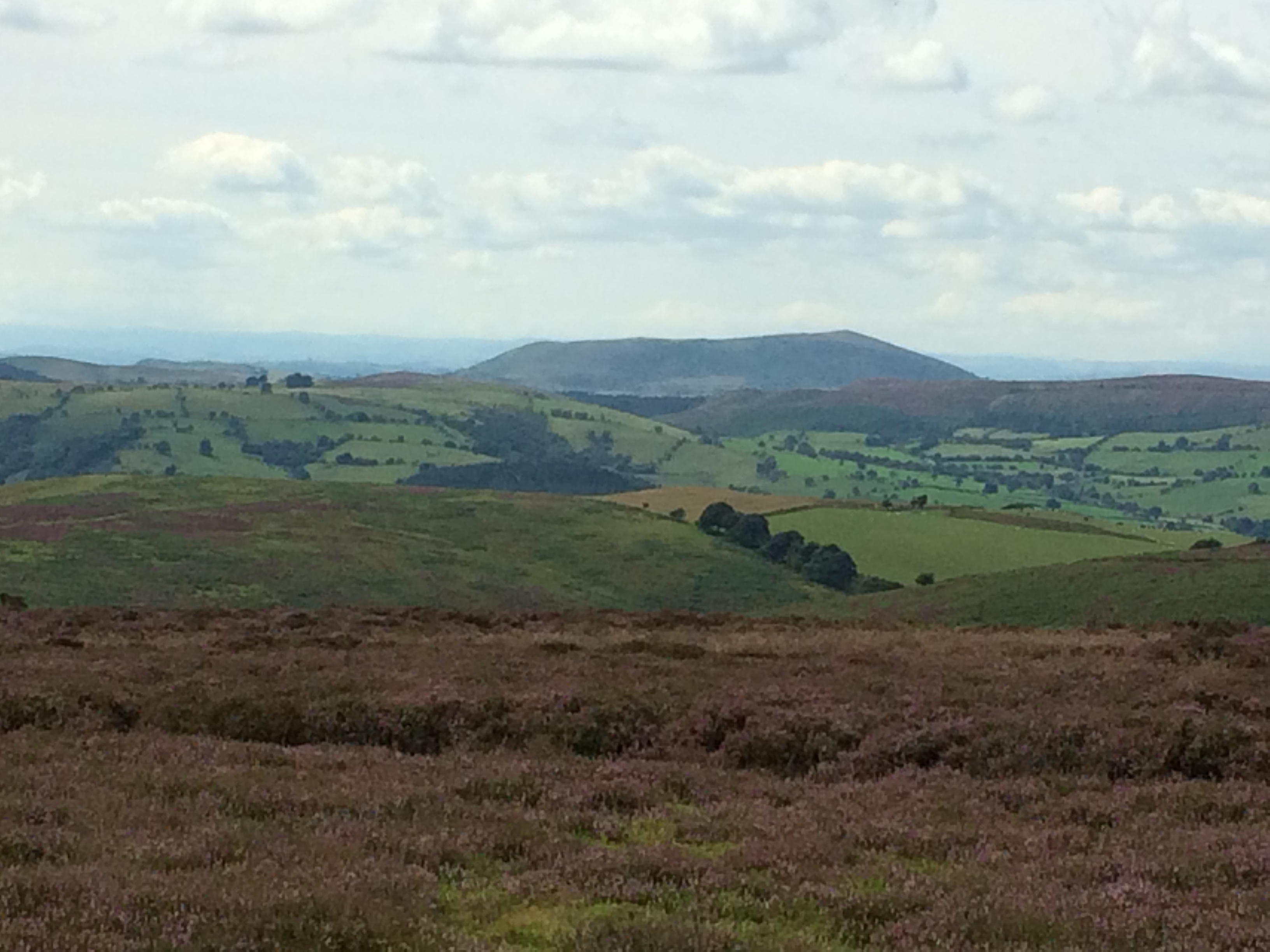 We had a rough night but managed to get up and leave the B&B in good time. Had a quick look in the little church which was now open, very peaceful and in a lovely location. Having been brought up in the church, I still love churches even though as Carol says, I’m a complete heathen.

Drove into Ludlow, parked up and wandered around. C got the card sorted out. Drove to the Green Cafe as unlikely that C would get back up the hill very easily. C had an omelette and I had pasta with tomato sauce. Simple dishes done very well.

Stopped at the Food Centre after leaving Ludlow and then headed for home which took a very long time indeed.