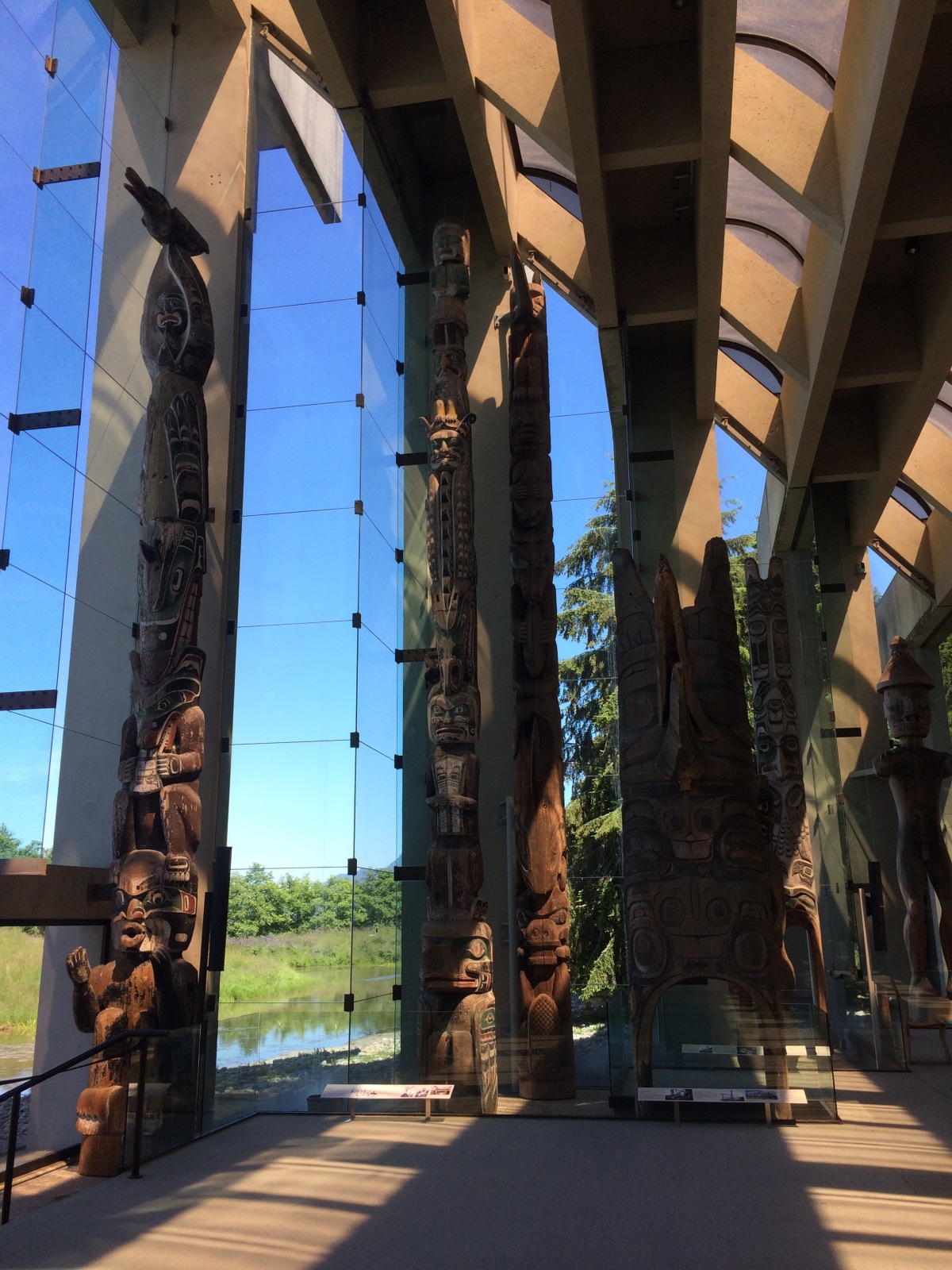 Klaus and Bonnie gave me a lift to Bridgeport bus station at great speed which I really didn’t enjoy. Why is it that nearly every holiday abroad involves a speed merchant at some point? I took the bus to the University of British Columbia which has a massive campus. Asked a chap re correct stop and he offered to point me in north west direction (I love that people use the points of the compass to give directions, must try this at home, ha ha!!) then a woman said I could walk with her. We had a pleasant 7 minute chat/walk about our Virtual Learning Environments! She is a classics teacher and does some of it online. When she went off she said to walk through the parkade, well I didn’t know what to expect, was it a type of park or was it a type of car park? I still don’t know because it was a mini park on top of a car park! Update – Karin says it’s a car park with at least 2 stories.

I spent several hours in MoA, which is excellent and different from the Victoria museum. It’s built on some WW2 concrete defenses. I went straight to the cafe as had not had a coffee. Also had a lunch of quinoa and coconut salad there. Ok, a bit dry.

It took nearly two hours to get back by bus and I managed to spot my stop ok. Popped out for supplies.