Skip to content
Friday
Carol did the dialysis with a lot of a carry on, she pressed the wrong buttons and got in a right pickle! Left house at about 1.45. Arrived at cottage about 3.50.
Unpacked quickly and I cooked up some roasted veg which we had with grilled cheese on top. Carrots, a squash, peppers, courgettes and red onion. C still not well so I stayed up with some Talisker.
It was our 5th wedding anniversary and I gave C some medicated sweets from the village shop and a home made card because I had not sorted anything out. C gave me some Florentines and a proper card. I felt bad for being crap at the anniversary, it’s because I don’t really think in years and dates.
Saturday
Went to Sainsburys in Oswestry and stocked up. Drove to what was a P on the map in the forest but it had been closed off and when I checked on latest map there is no P. This was near Glyn Caerion. Short walk to Biddulph’s Tower which also does not exist as such. There probably was a tower a long time ago but now not much more than a cairn. Very autumnal and misty.
We had our postponed anniversary dinner at Seeds in Llanfyllin. C had chicken in sauce and treacle tart and cream. I had bacon and avocado salad, chicken in sauce and creme brûlée. Yum yum.  Glass of red wine for me. Jennings beer for C. Saw a badger on the way back, alive. 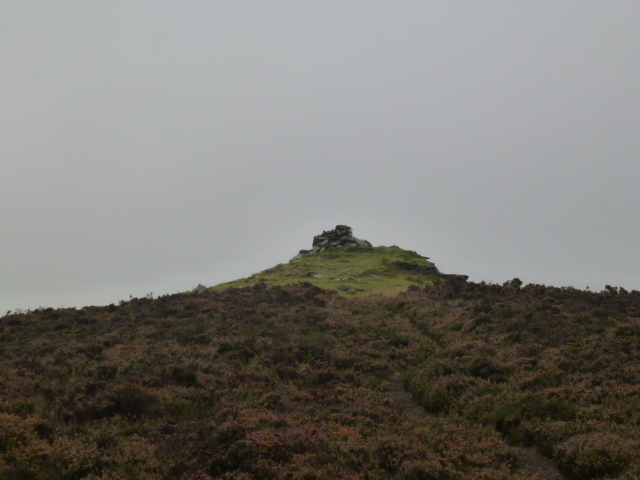 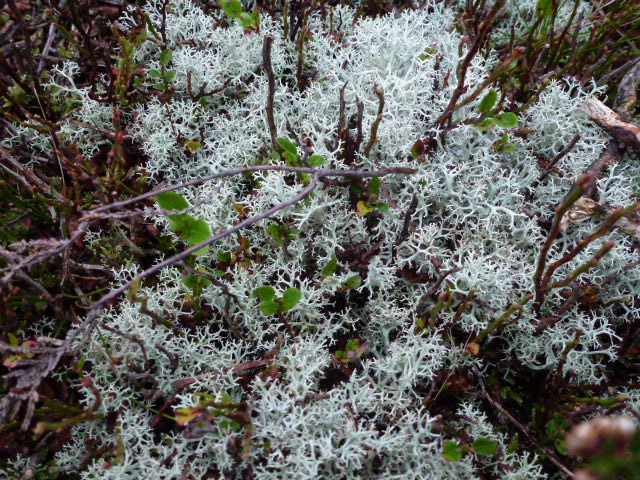 Sunday
Walked to Llanfyllin in the on off rain. Stopped in hotel for some coffee. Went to Spar. These were the only things open. Back again collecting some crab apples which I’m not sure what to do with. Mum used to make crab apple jelly but I can’t be arsed especially not here with only somewhat cramped cooking facilities.
Back to cook green Thai curry. Rice in microwave. Very nice. Bitburger beer and Jaegermeister mini. Tasted like cough mixture. Perhaps it will work as a prophylactic. Carol was worried about me drinking strange foreign liquor so I had Talisker to finish. 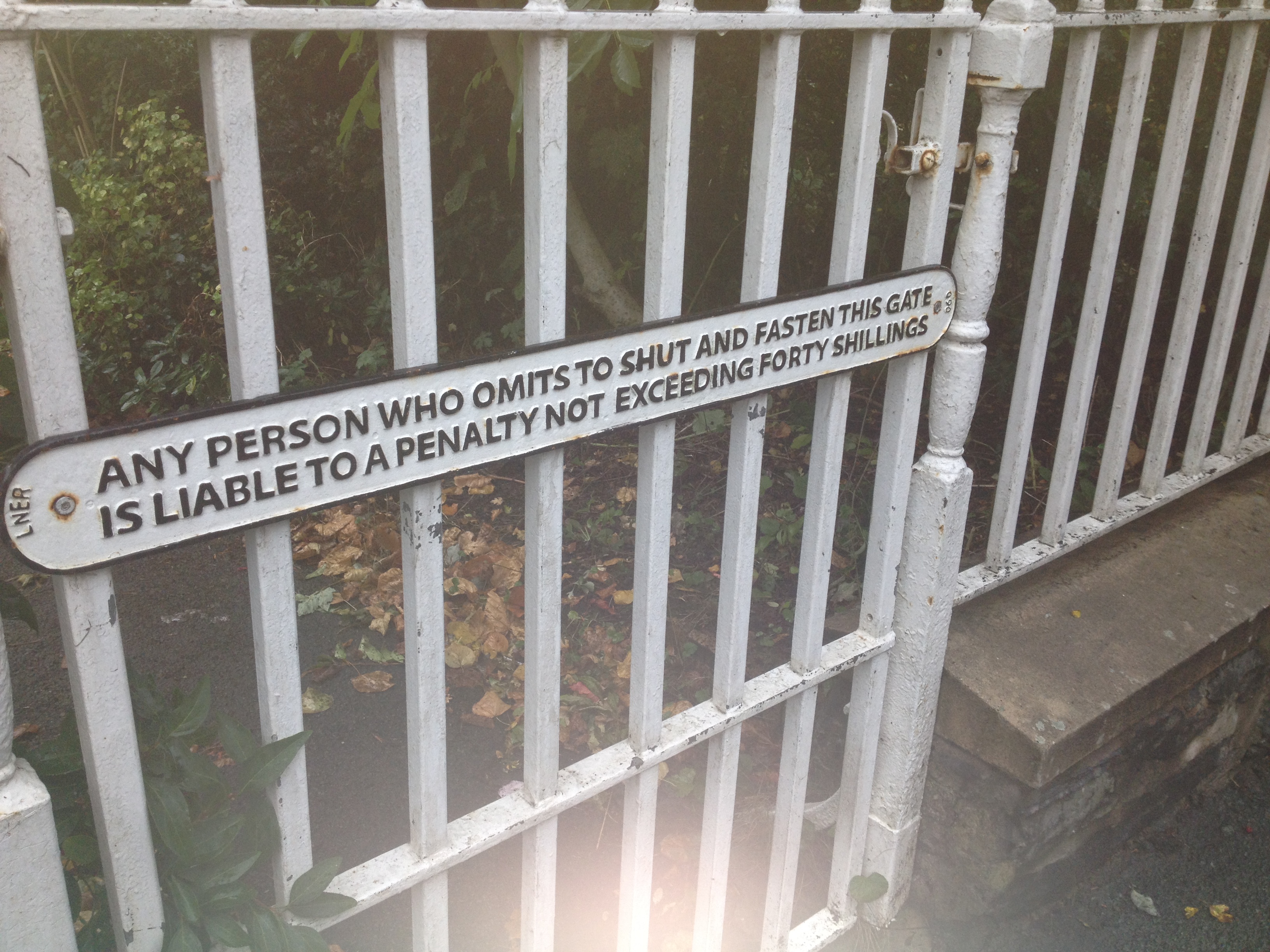 Monday
To Llanidloes to meet Kate and Del. We got there a little early and had a good rootle round the Great Oak bookshop. And then we met up with K and D who were doing the same. We went to the Great Oak cafe and Del had a proper lunch of risotto and salads. Kate and I had little salads and C had a ginormous flapjack. We wandered round the town and went in nearly every shop. Then to the next cafe for cake for Kate, tea cake and jam for Del, tea for C and ice cream for me.
We waved them off and returned by a country route i.e. lots of little roads. I was going quite slowly but ran over a rabbit which was upsetting. I’ve been driving for 38 years and can count on one hand the number of creatures I’ve run over but it’s still horrible.
Back for a circuit of the lanes on foot from the cottage with just enough light to see.
Light suppers. I had Suma pea soup. Bitburger beer, Fjellvitt. This made me think of white spirit but a bit more of a kick than the Jaegermeister. The holiday is the only time I drink the weird bottles I feel compelled to buy when I’m abroad. After seeing Jaegermeister at the football ground Bruce played in Coventry, I wasn’t so surprised to see it in the supermarket.
Played Scrabble, such an annoying game. When do you ever get a good run of letters? I’ve yet to have that experience.
Talisker night cap. 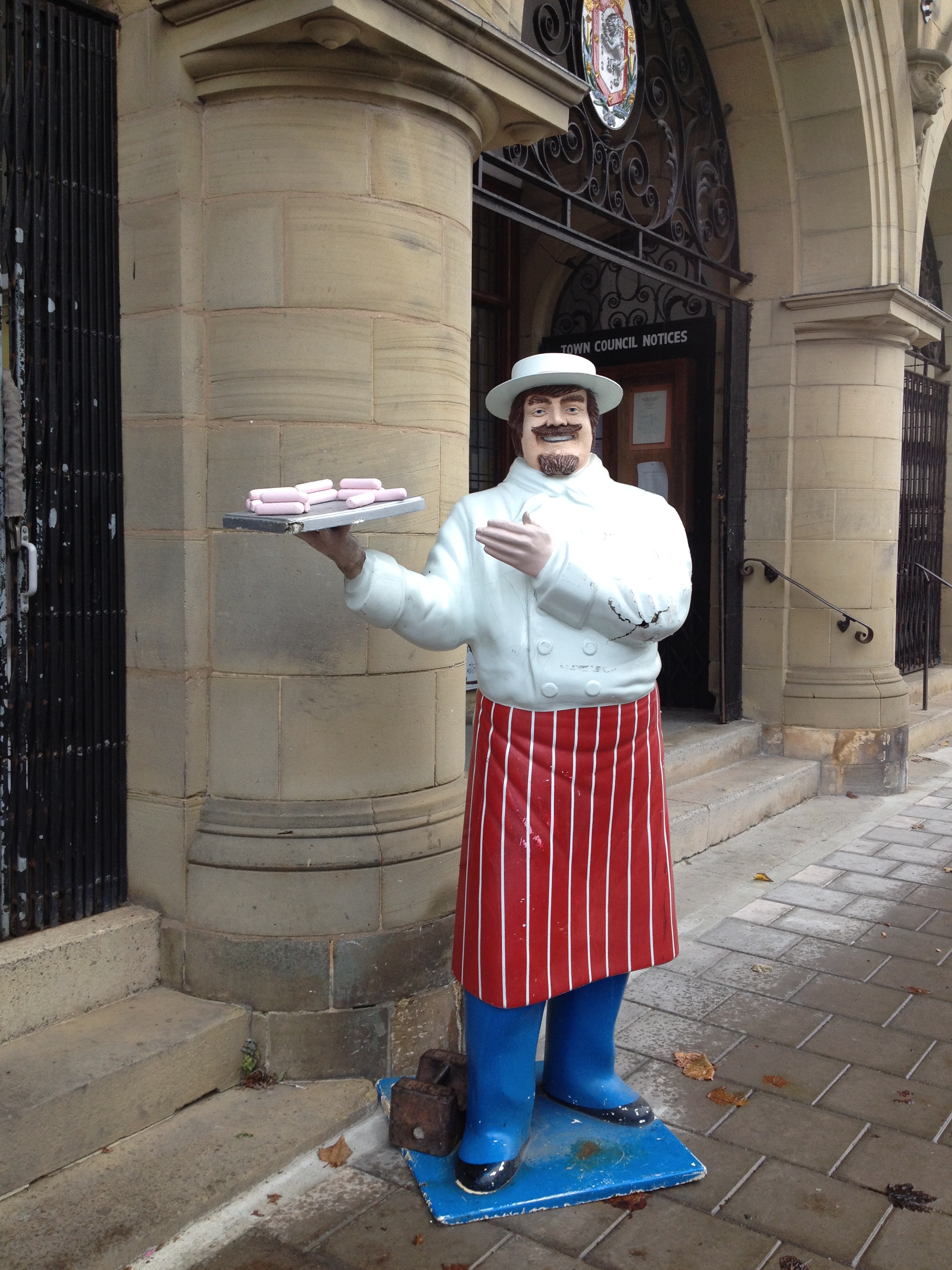 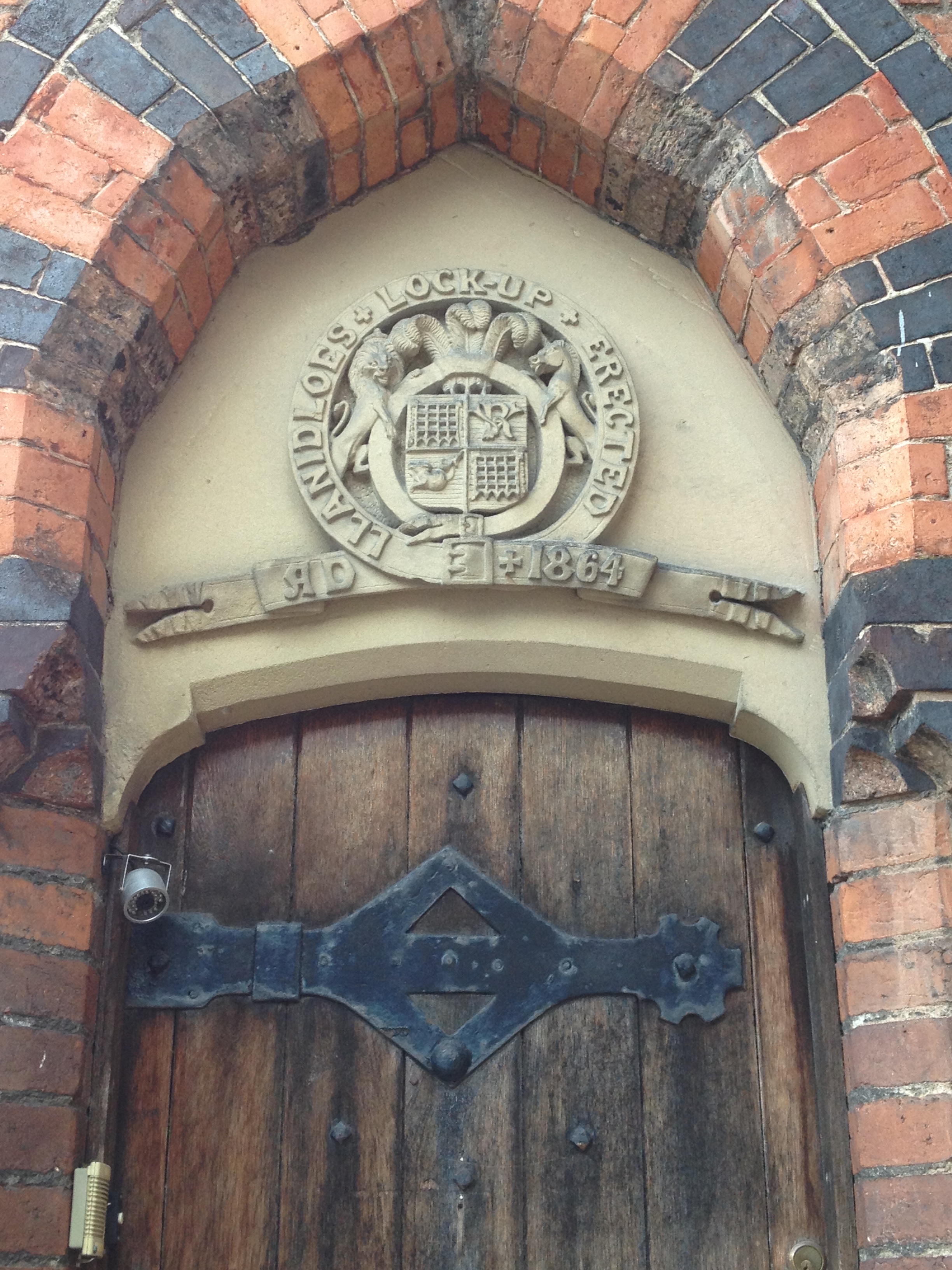 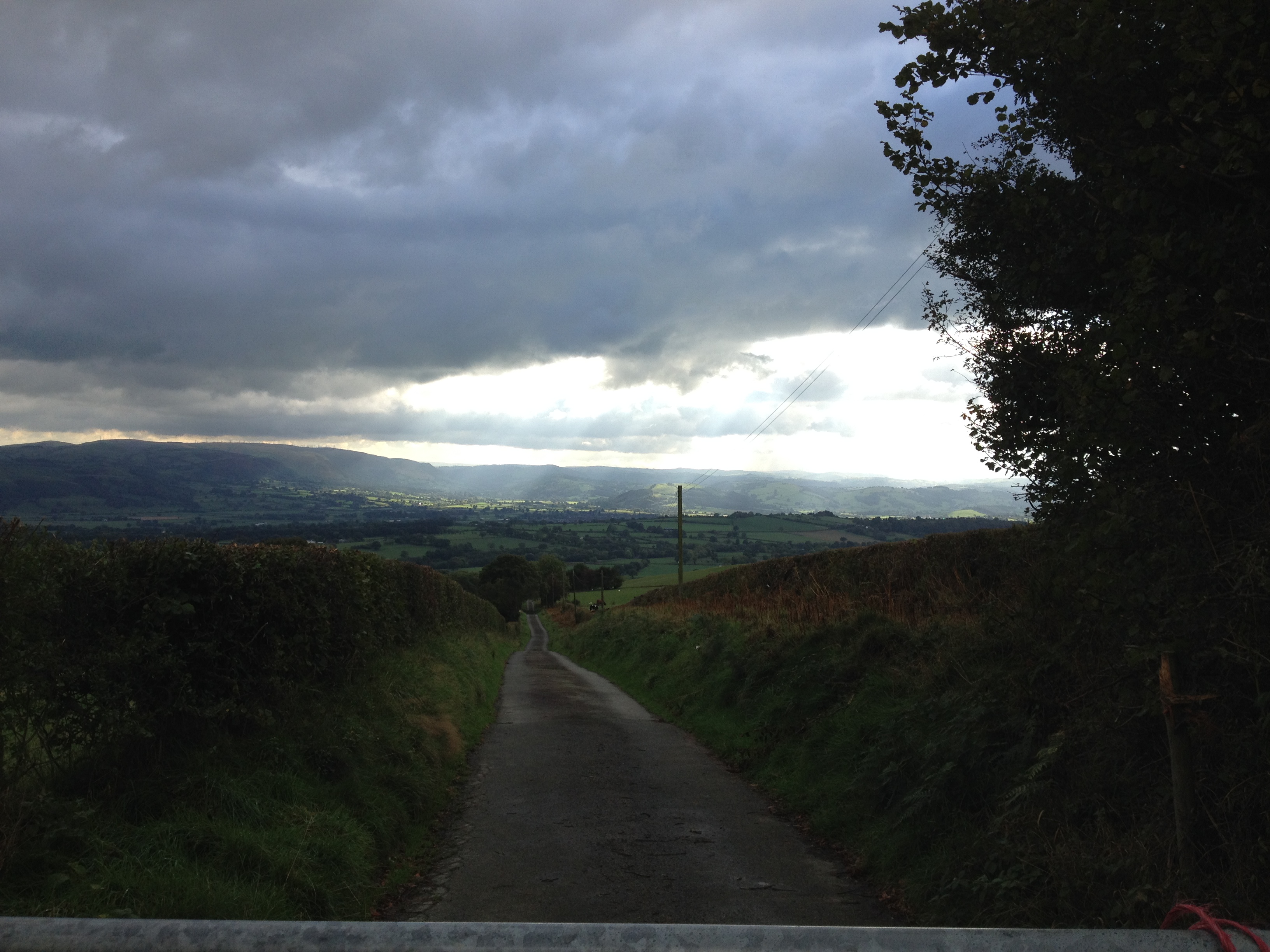 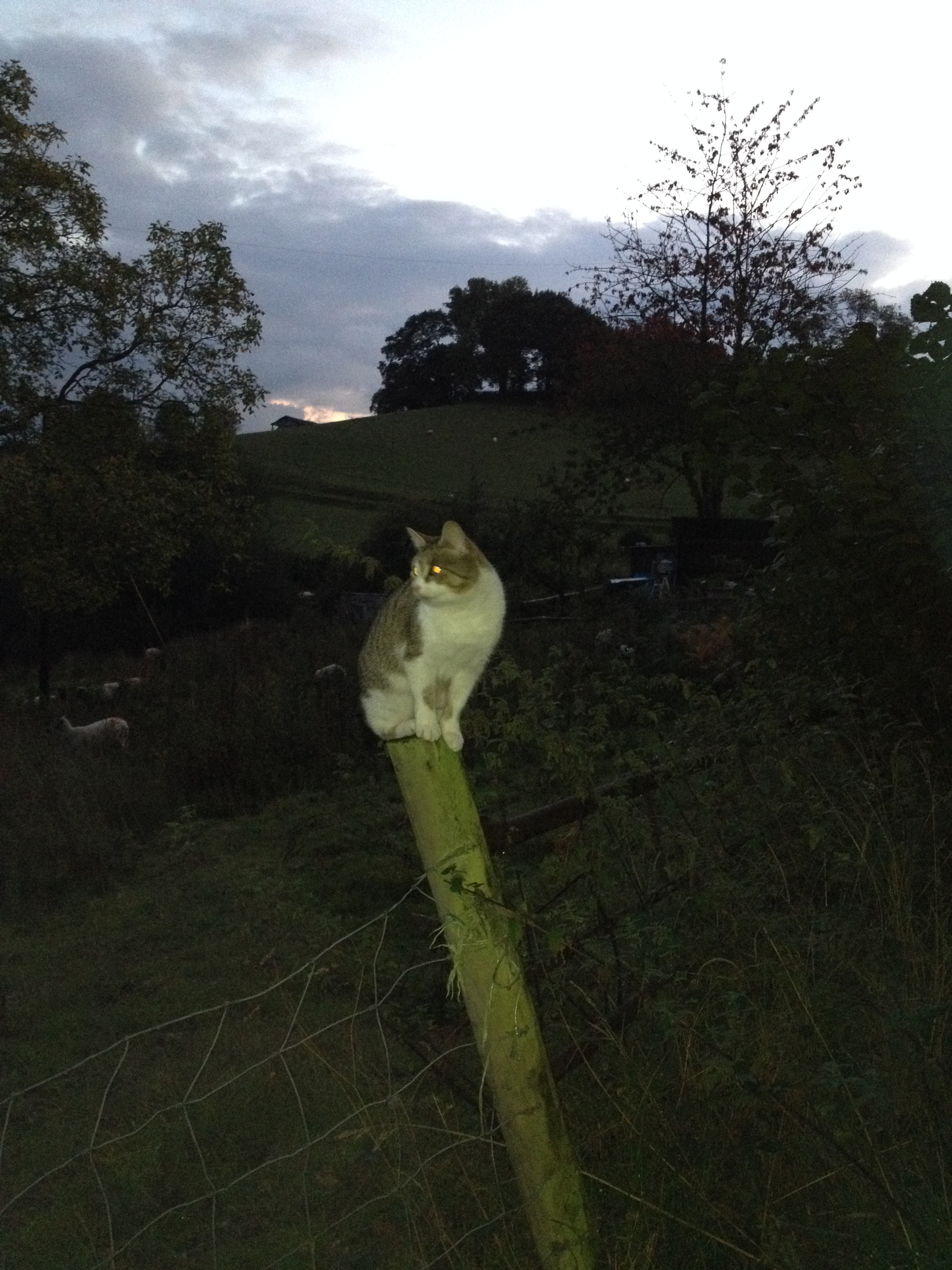 Tuesday
Lovely sunny day. Up early for a run. Did reverse of last evening’s walk so as to have more down than up. Not far only 4.5 km but felt much harder than usual.
Drove along the lanes to Sycarth, home of Owain Glyndwr. This is an impressive motte and bailey.
Lovely walk up through forest to good vantage point. Great vistas. Stopped for lunch. Back along fields. Had to practise nav lots as many field boundaries and knobbly contours.
Not all the paths were PROW for the first km but it was a fairly well marked route when we got onto it!
Various foraging opportunities. Chestnuts but they were very small indeed. Rose hips. Elderberries. I didn’t get any of these as feel quite challenged enough by the crab apples which I have learnt are just wild apples.
Back via more country lanes.
Hot choc then C went to bed after hoovering up some dead flies.
Out to the Lime Kiln pub in Porth y Waen about 15 mins away. I had fig and Parma ham and mozzarella starter, then Cajun chicken with salad and chips. Big portions. C had fish and chips with minty mushy peas. She is now cold because unable to wear appropriate clothing ever. 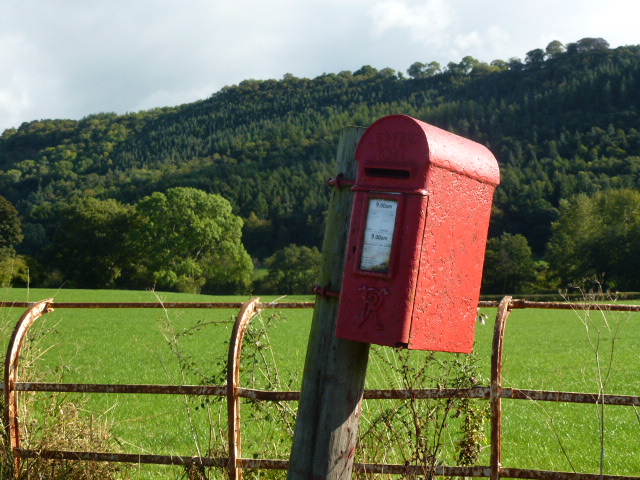 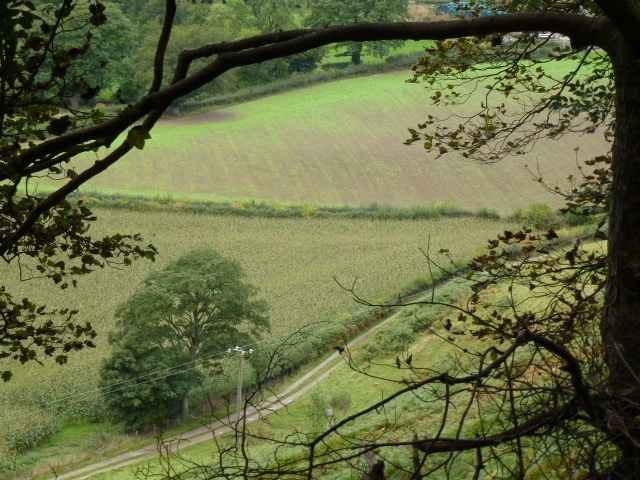 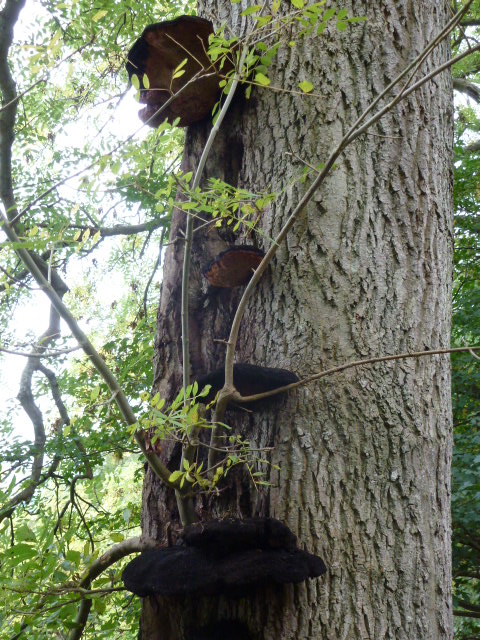 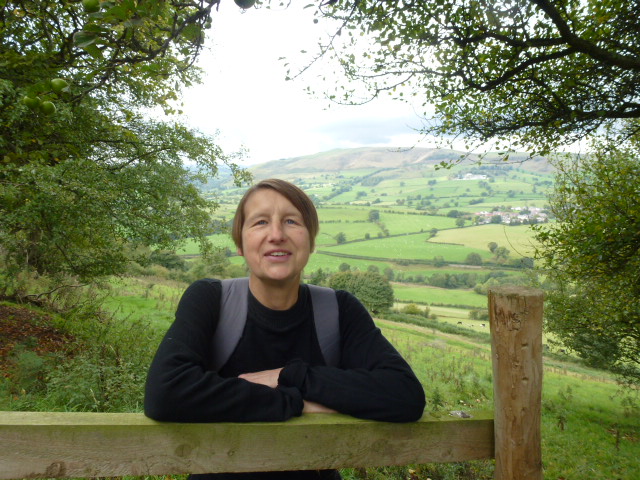 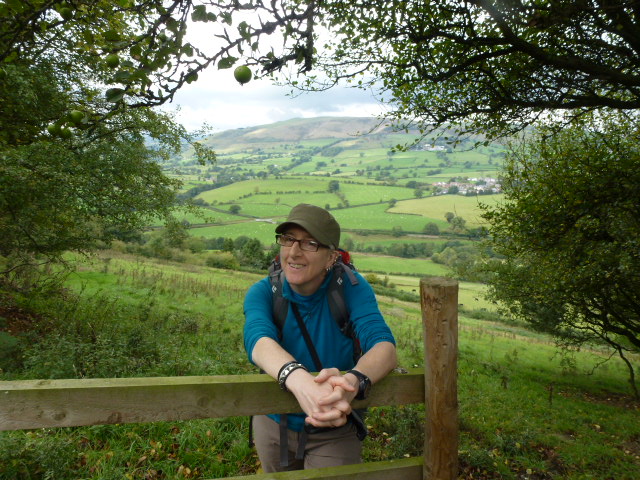 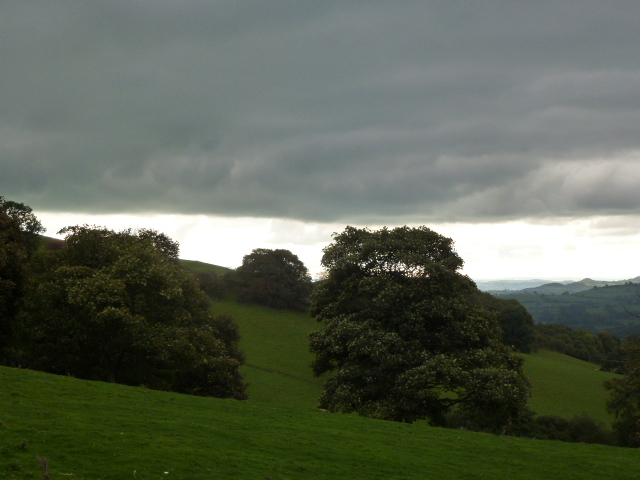 Wednesday
The forecast rain arrived in big bucketfuls. Into Oswestry to park in cheap car park, £1 all day and to the indoor market which is a hideous 1963 build and replacment for quite a nice looking old building. By the time we reached it my feet were wet so we wandered around whilst the rain clattered violently on the tin roof. More like a fusillade than cats and not at all hot.
The rain backed off a bit so we went round the whole town. Very good bookshop called Booka and a coffee shop for hot drinks.
Then back to the car and to the Old Station antique market. More old expensive tat.
Back along the little roads with grass down the middle and high hedges. We crossed a ford and stopped to clear the road of a fallen branch.
I cooked pasta bolognese. Lovely holiday.
Thursday
We went straight home and Carol got set up on dialysis. She managed to go for 6 nights without but did seem to be getting increasingly tired. I went for a nice run. 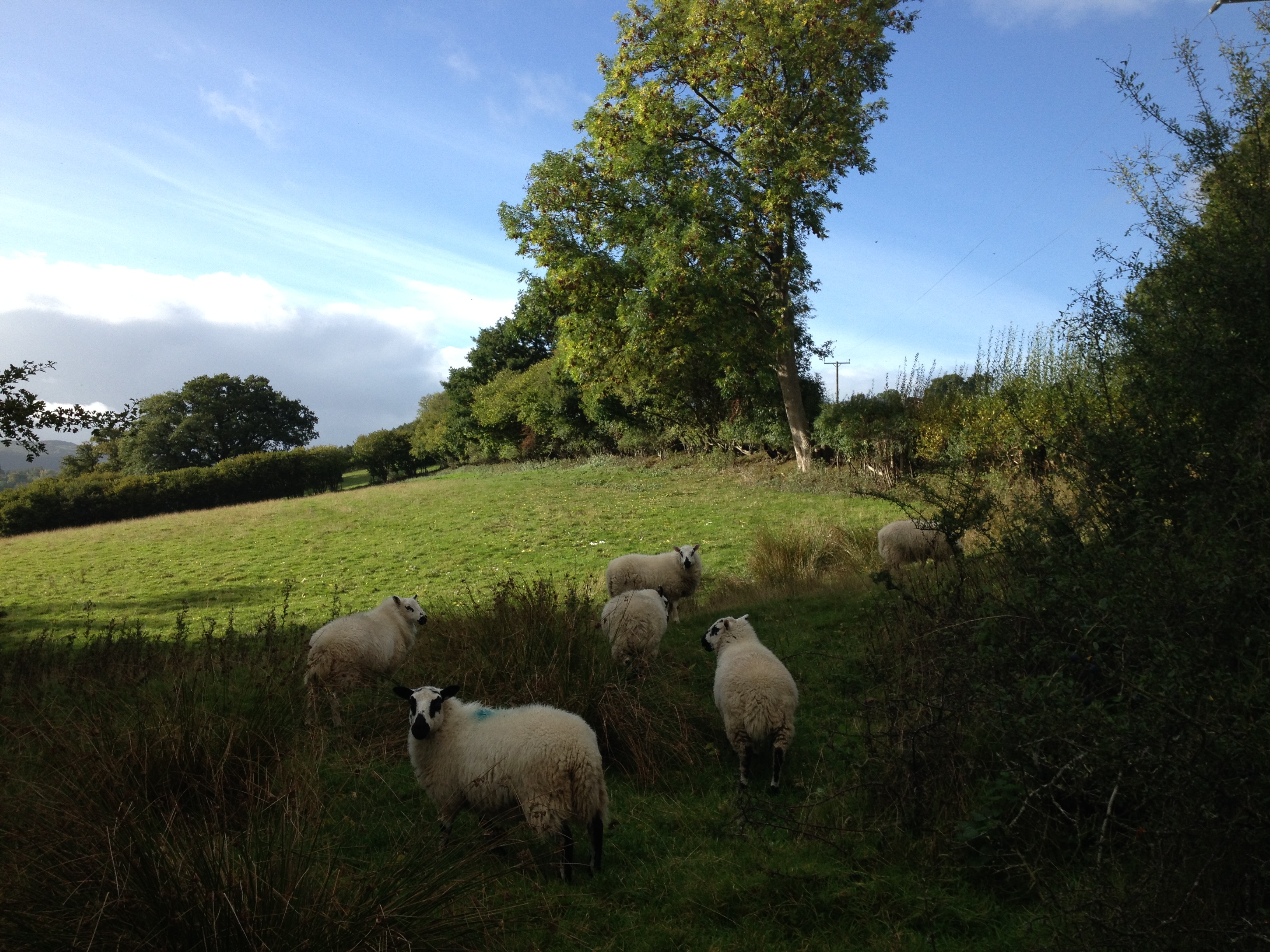 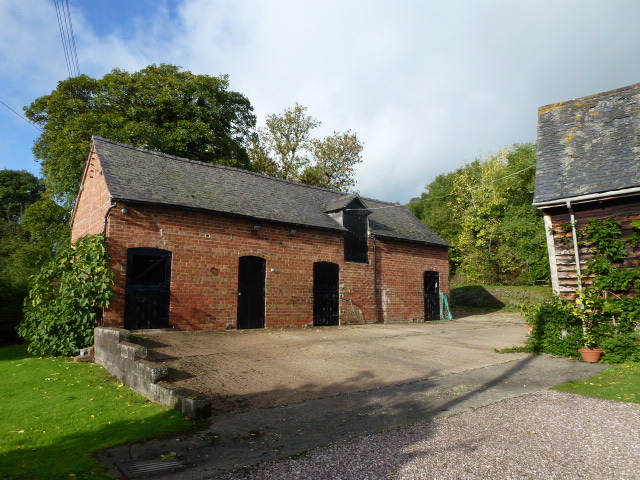 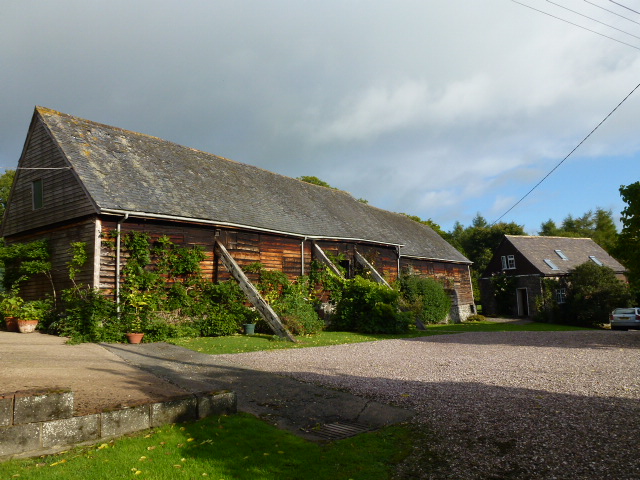 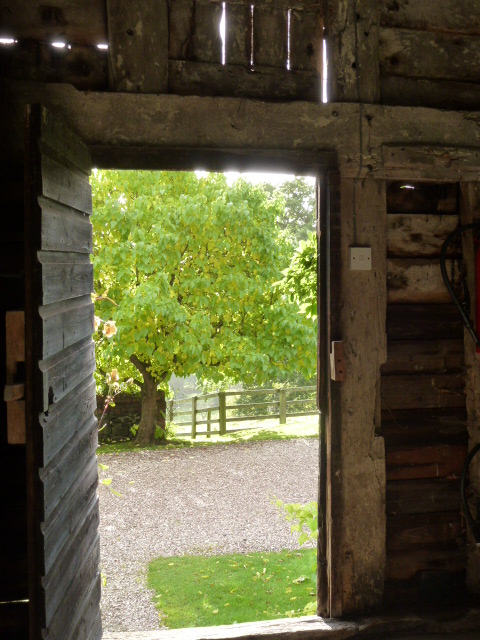 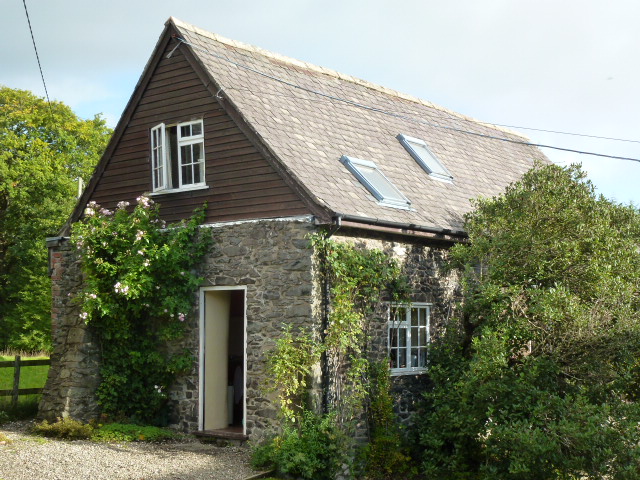 Epilogue
I made crab apple pie with cinnamon, vanilla and cloves in filo pastry. Delish!
Please visit Map and Compass and learn how to interpret a map with me and my navigation partner, Cath.