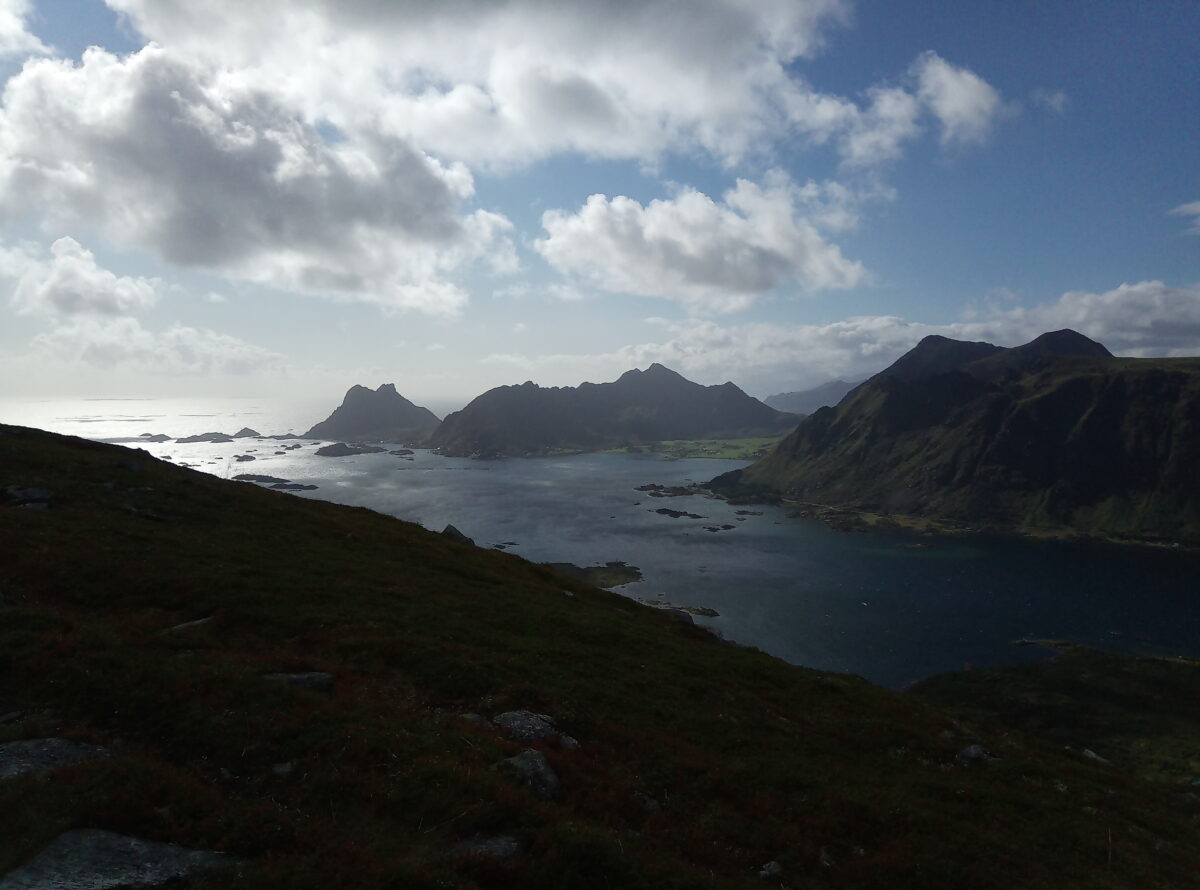 This day started well with sunshine over the water. Looked stunning.

On Vestvagoya and Gimsoya islands today. On the bus for an hour and a bit to Haukland beach. White sands. We’d dropped off the people doing the harder walk. We walked up and over a col to reach the white sands beach on the other side at Utakleiv. We had lunch on picnic benches. Some of the easier group were continuing to walk along the beach and some of us got back onto the coach to go to the Viking museum. This was very good. A Viking longhouse had been uncovered and a replica created. After watching the rubbishy film and looking at the artefacts, I went for a boat trip in a Viking boat which was fun. George was with me, a nice young chap. I looked after a boy whose mother could not come because they only allowed 12 at a time. Then George and I did some archery and some axe throwing. We walked back up to the museum.

I was chatting with Penny and John when very suddenly felt very ill. Went to the loo, massive sweat, almost spraying out of me. And then I collapsed, passed out completely. Luckily there was someone in the loos who got help. I came to and managed to get decent and open the door. Very very wobbly so they put me in a wheelchair. Wheeled back to where we’d been sitting. Someone said the word “sick” and I promptly obliged making a horrible puddle on the museum floor.

The bus took us back to the hotel and I went straight to bed although shivered violently for an hour. Still out of it, brushed my teeth with moisturizer just to make a terrible time even worse! Felt weak. I was sick twice more and then slept till morning. The poison is all out of my body but I banged my elbow (same one as I injured in June) and have hurt my ribs, I think from the fall, very painful, hard bending, getting out of bed. 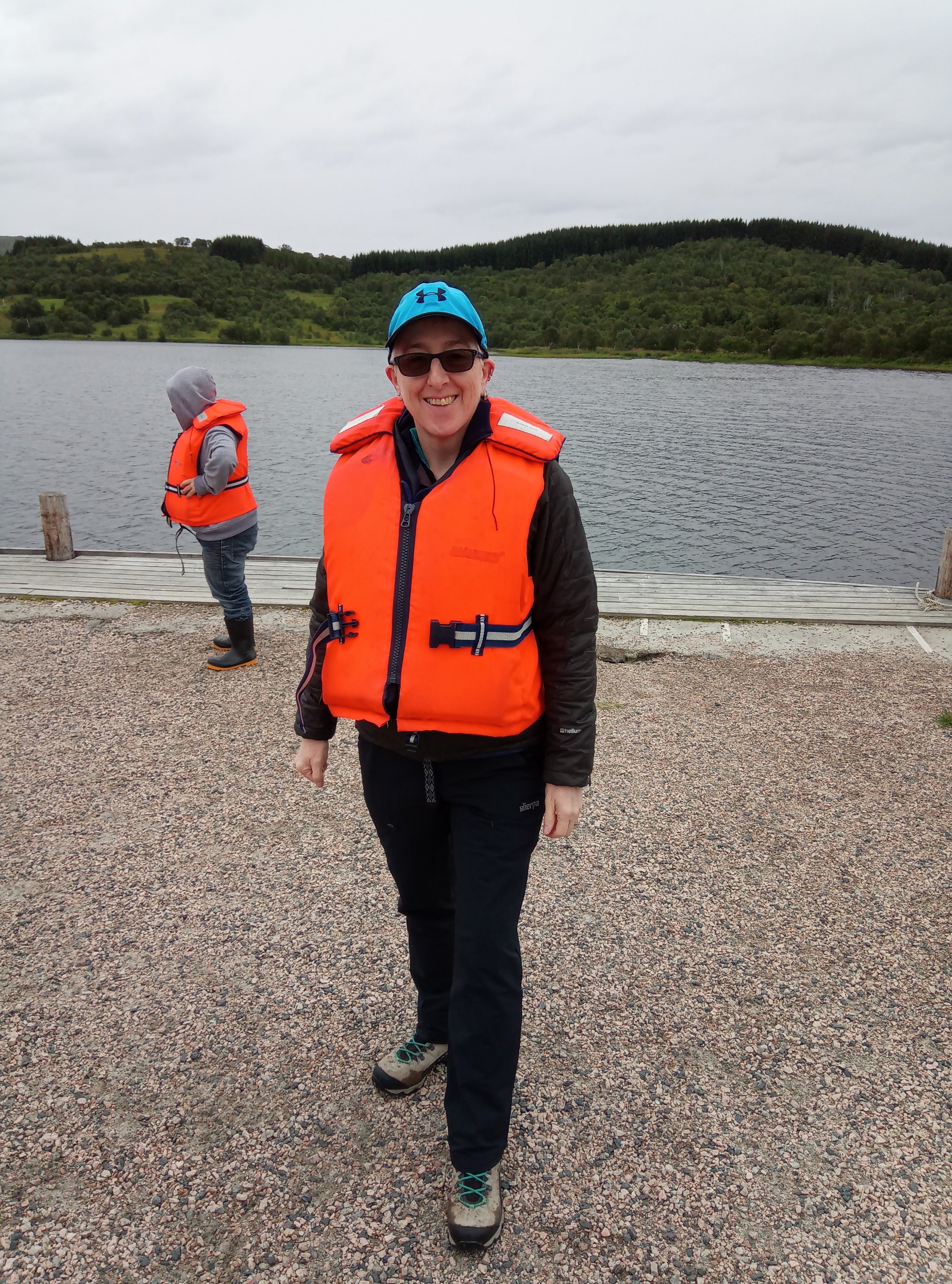 Managed to shower. Had some melon and yoghurt. Rang the doctor re my ribs pain and he said take combination of paracetamol and ibuprofen. He said it would hurt for a lot of days!

Had a crispbread and a tiny bit of slightly sweet cream cheese. Also a pancake and raspberry jam.

The view of yesterday’s drama is that it was something in my lunch. I had bread, cheese, salami, tomato and some nuts. All except the nuts, prepackaged. So I think they were the culprit.

Little walk to do some shopping. Feeling sleepy.

Slept some more. Out again to the shops.

Dinner of salads, pork and veg and mashed potato and apple pie.

Out to look at the Hurtigruten Lofoten ship which I will be on in March. Then the war museum which is a huge private collection from the Nazi occupation. Includes an enigma machine and some paintings supposedly by Hitler.

Today we walked from Apnes to Stamsund. This was a great walk with fabulous views all round.

I had a hot chocolate in the bar at Stamsund which wasn’t very nice.

Short walk to Svinvoya to look at rorbuer and bust of Gunnar Berg. 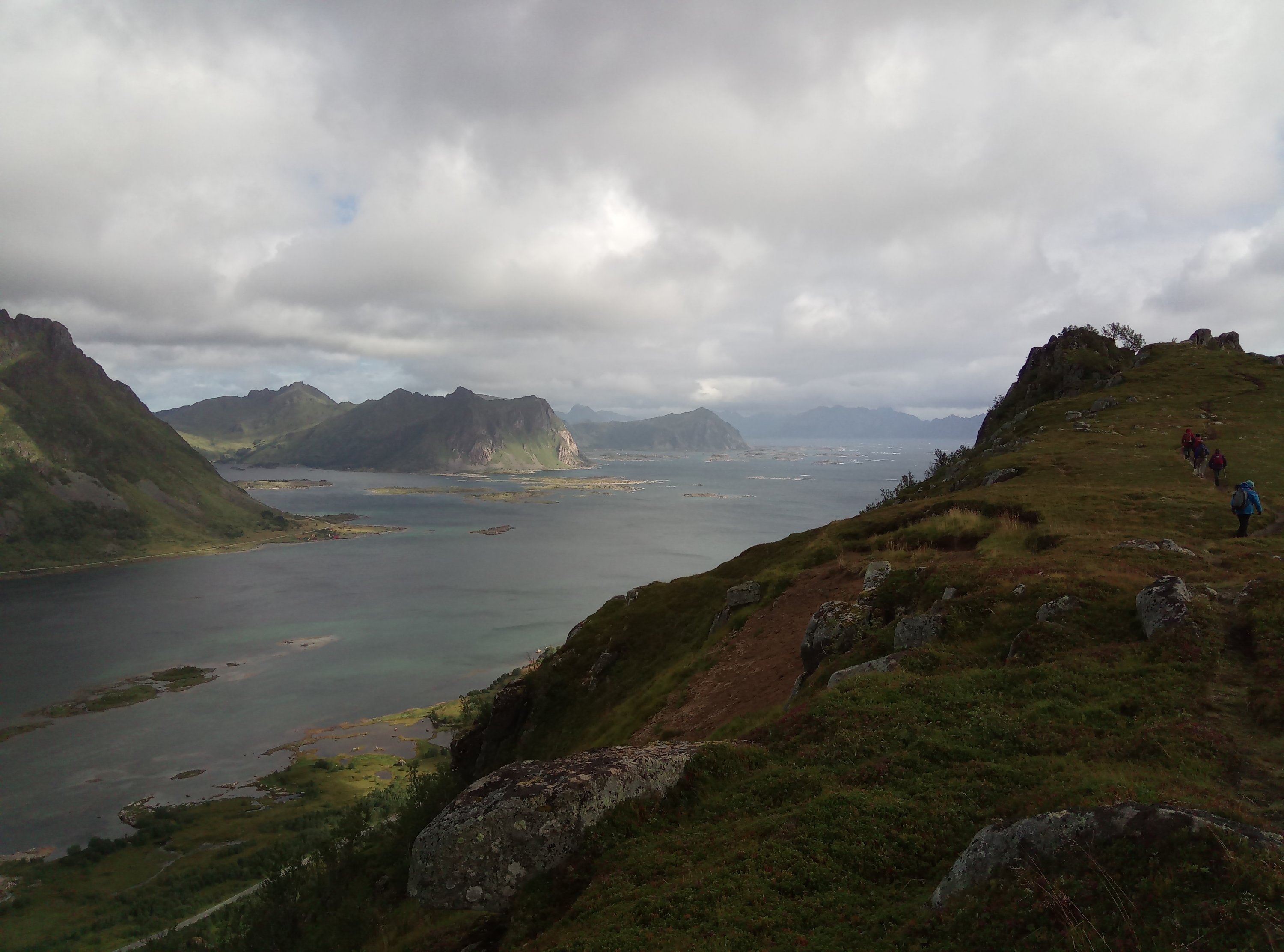 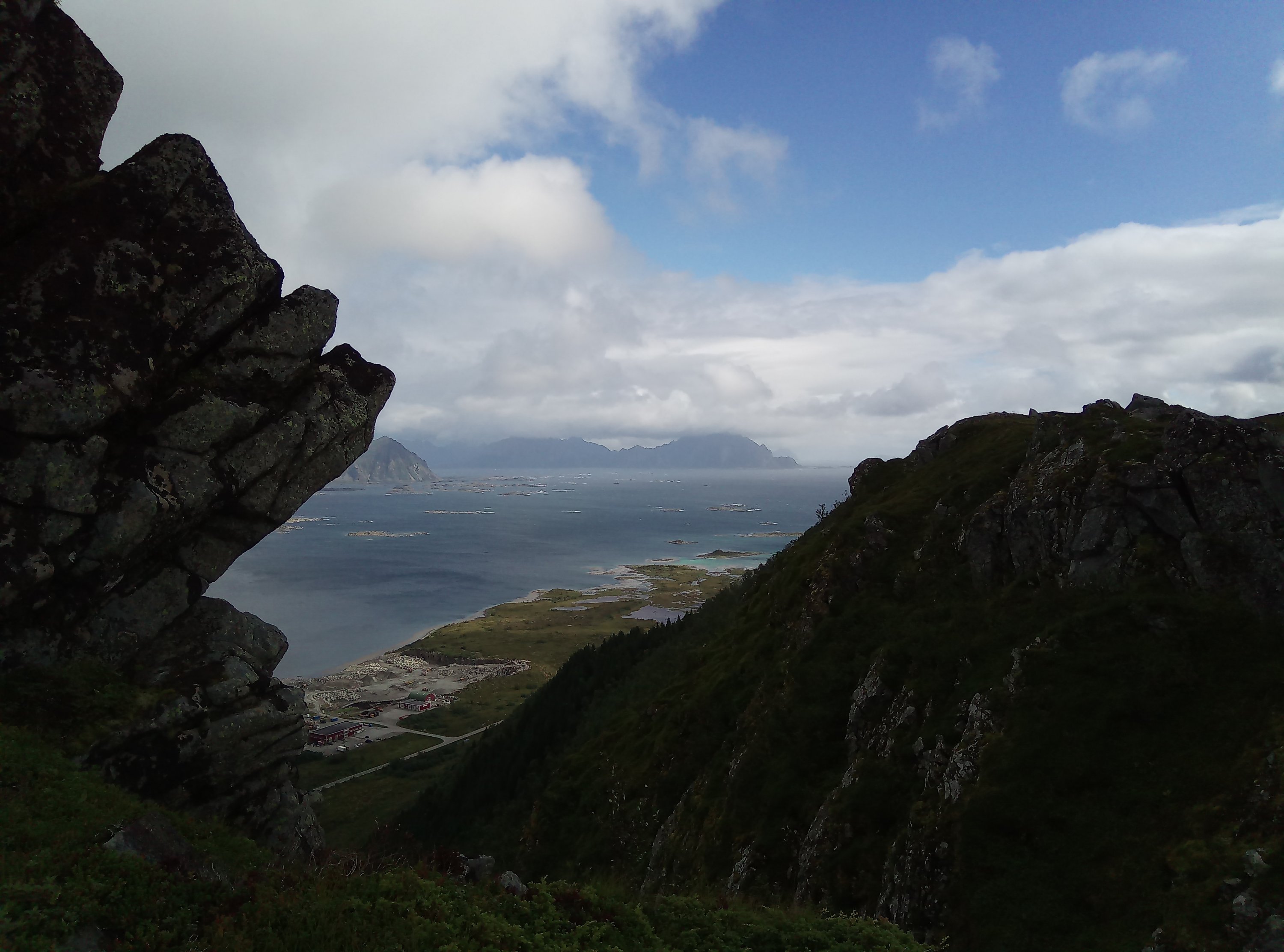 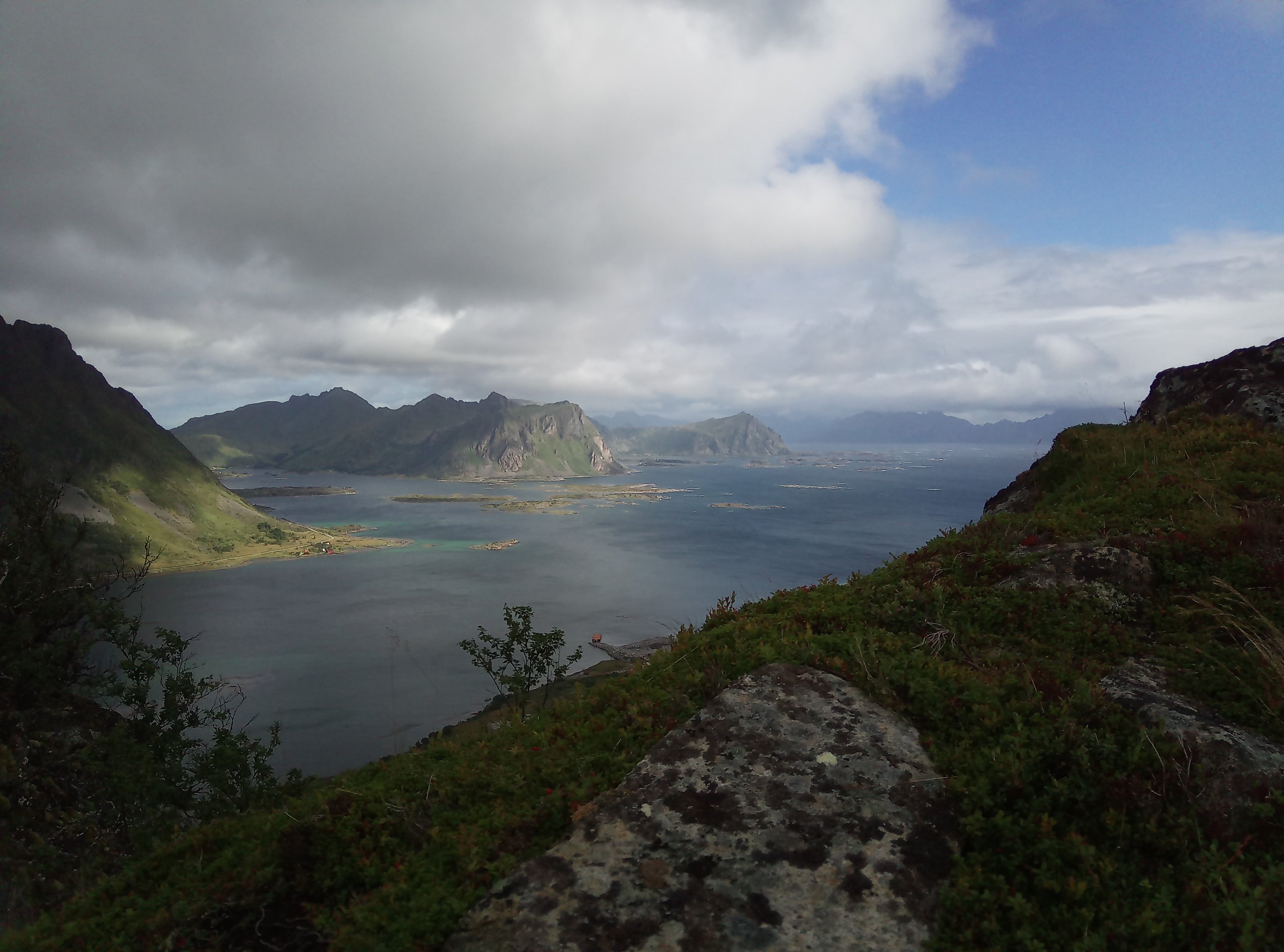 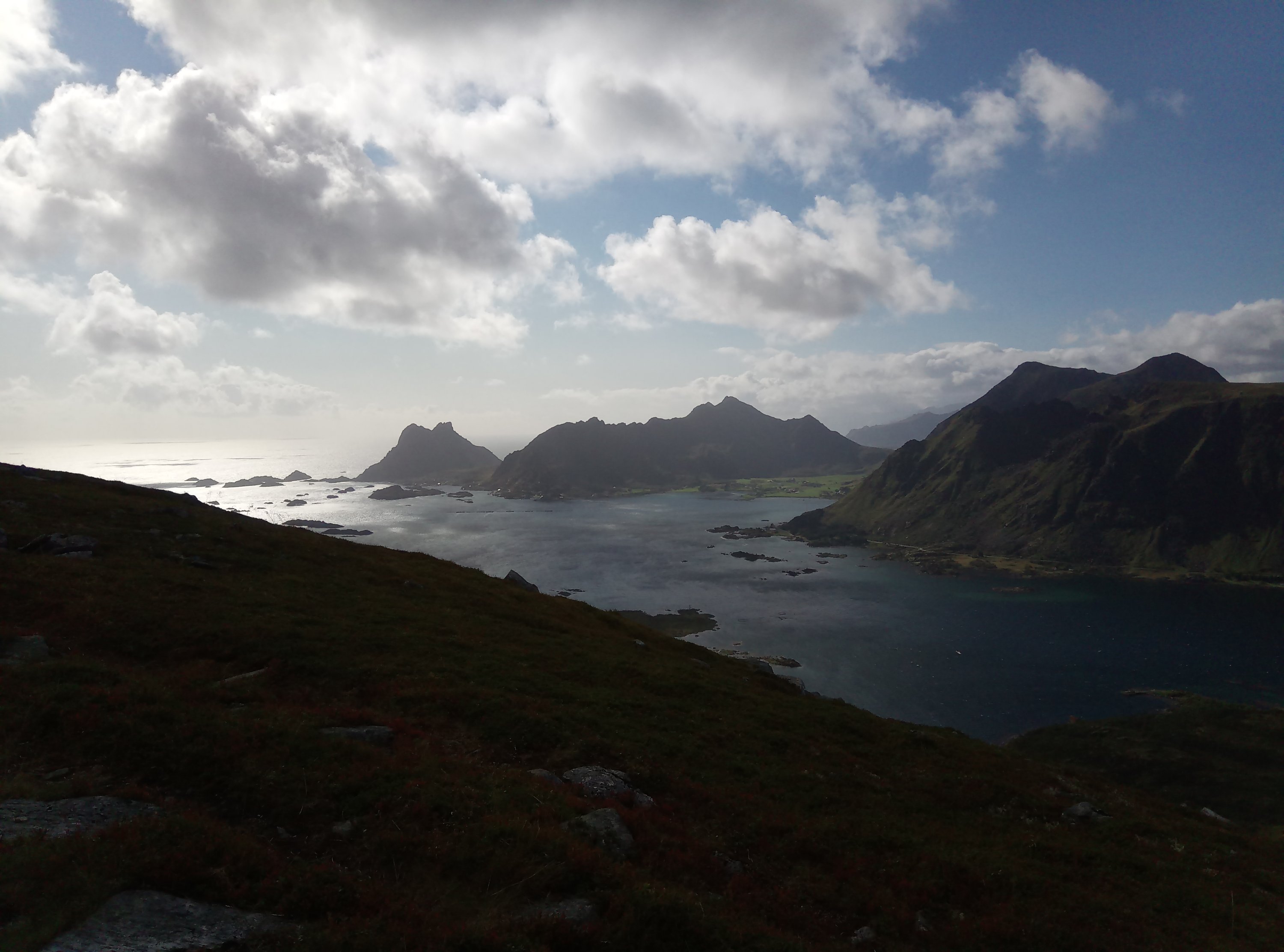 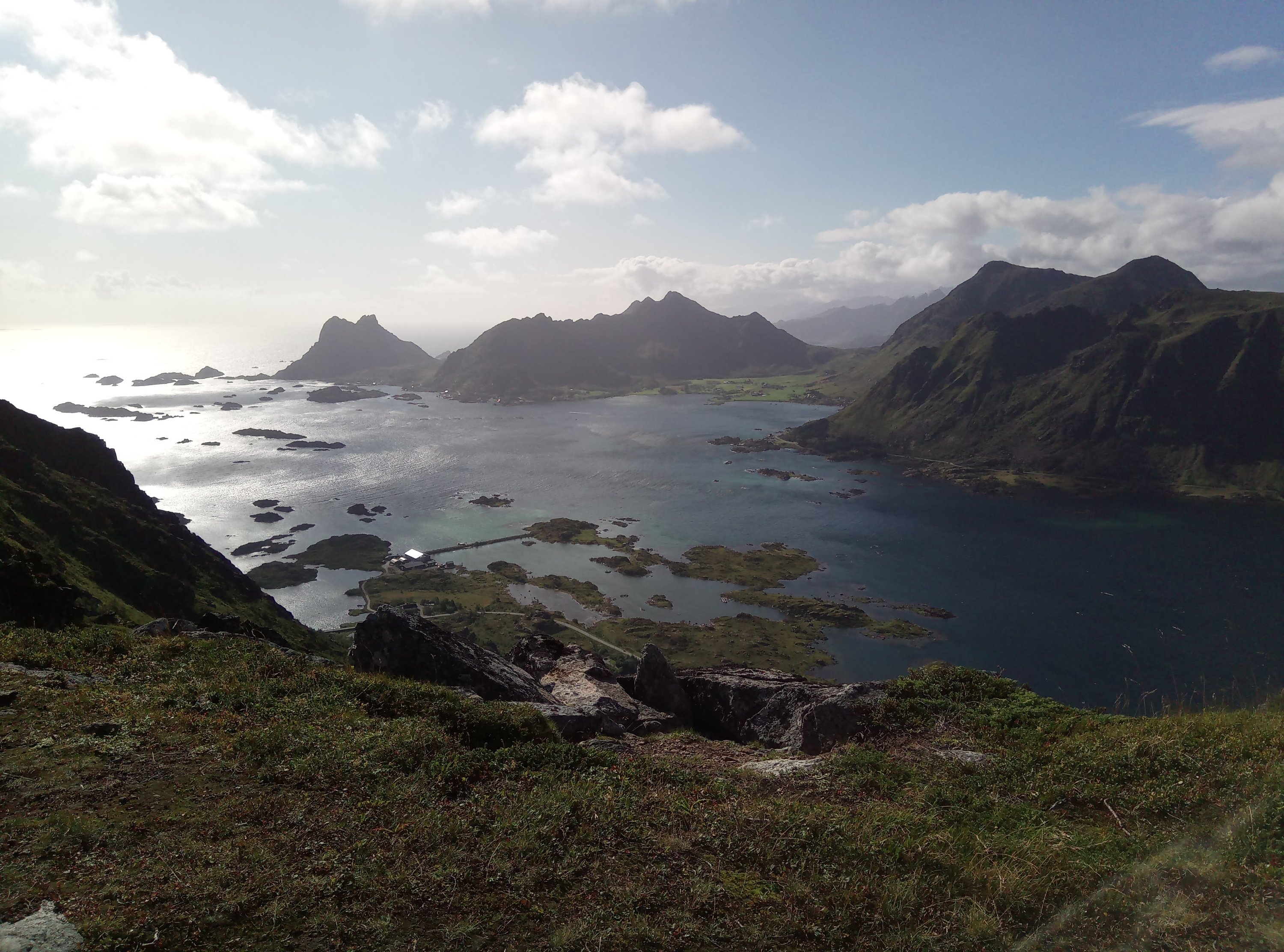 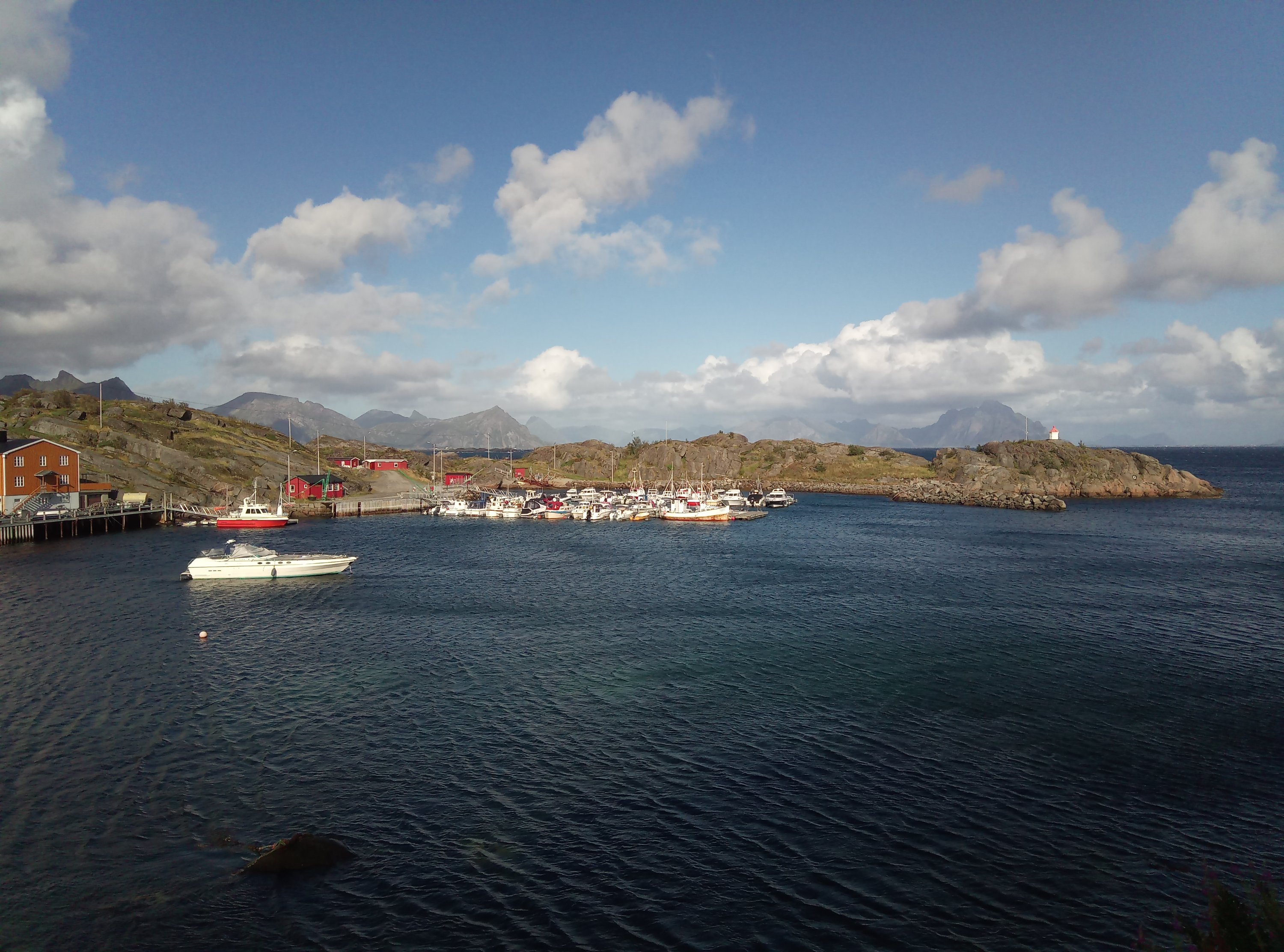