My first big walk of the year. After I’d been to Hollingworth Lake to give them more evidence of my identity for my CRB check, Chris, Babs and I all met up at Babs’ house in Littleborough, we were all on time and drove up to the car park just below the White House pub which was already full.
We set off smartly and did a circuit which took in Blackstone Edge Reservoir, Light Hazzles Reservoir, Warland Reservoir and quite a way round to White Holme Reservoir.
The path was quite busy and we came across some fell runners doing a memorial race for a man who had died in a peat bog. A terrible story, he’d had a heart attack and was found in the bog some 3 weeks after he’d gone missing with his head sticking out. The lead runner was way ahead of all the rest who came panting and blowing up behind. Given that it was very very cold, the runners were mostly clad in vests and shorts and were hot. We, on the other hand were struggling to keep warm in all our layers. A sharp cutting wind but lovely sun and none of the forecast wintry showers materialised.
There is a “stanza stone” near this point, stanza written by Simon Armitage. This is a project throughout the region carving stanzas into stones.
We stopped in a drain (on the dry concrete part) to eat our lunch as it was a bit out of the wind but unfortunately had picked a busy footpath so we got disturbed several times by runners, people with idiotic dog and an old geezer who was a bit of a Wainwright. I suspect he was deliberately aiming at this characterisation but he was quite nice for all that, although Babs said she thought he was a bit grumpy!
Then we followed the drain for a good stretch and actually lost all the people mainly because we were on a little used path, some of it was fine with new paving slabs, some we had to walk on top of a big pipe and some we had to cross a bog. I did this less successfully than was desirable and ended up with a) a wet foot and leg up to my knee and b) visions of the dead man in the bog. None of us had walked that stretch before and it was only just doable as some of the bog was frozen, not the bit my leg went into. I was very grateful for all the good gear and quickly dried off and warmed up.
The path went parallel with Turvin Road and Chris and I both realised that we’d looked across to where we were now walking as we’ve driven up that road and thought about walking it so yes it can be done!
As we approached White Holme reservoir, some of the moor was on fire.
The last stretch was quite hard for me and I think we all felt it a bit. We did 8 and a half miles, no hills but very cold and a great walk on a sunny day to get back in the swing of it. Thanks pals.

Beautiful walking weather. Carol and I set off quite spontaneously (a first if ever there was one) and parked up at Withens Clough reservoir car park. Despite being annoyed by the building site which was blaring out something probably to do with football, we soon passed this hazard and got into the peace and quiet.
Headed up away from the reservoir and across to Red Dyke ruined farm. Although the farm itself is roofless, the whole farm set up must have been very well built as all the surrounding dark walls are still in excellent condition, it’s a bit foreboding and I’ve never fancied poking about the place. So we didn’t!
Wandered on a bit more and stopped on a rather windy stone bench overlooking Tod for a very late lunch. We just meandered along the Pennine Way until we got to the turn of the drain and kept along until reaching Warland reservoir. The reservoirs are very low in water, haven’t seen them this low for a while.
Returned via the same route mostly. Did cut across the rough as we could see the gate we were aiming for, but it was a lot of old tussocks and they are hard work. The path although longer, would probably have been quicker.
We managed to make a not very long walk last for hours, must have been the good company! 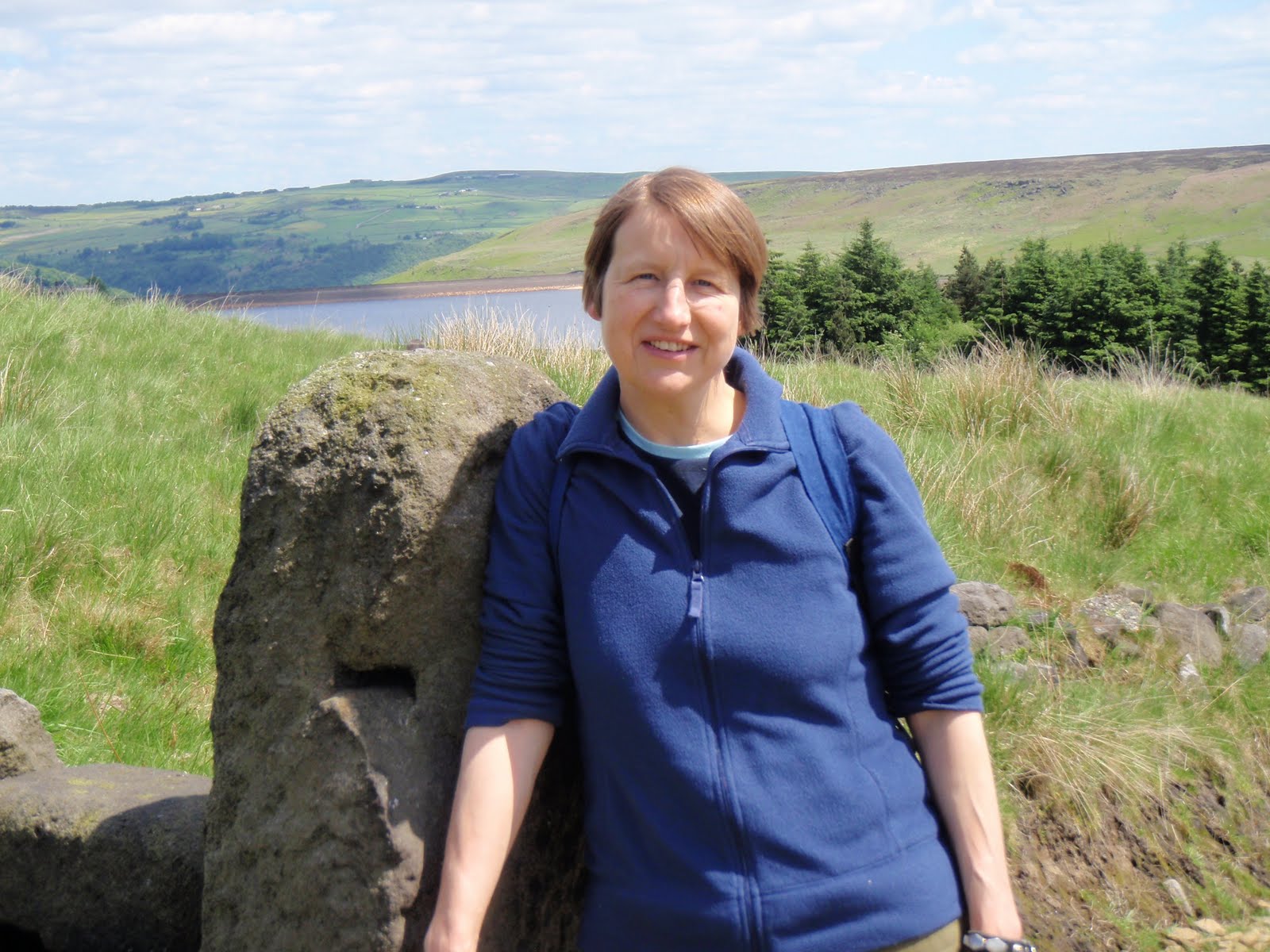