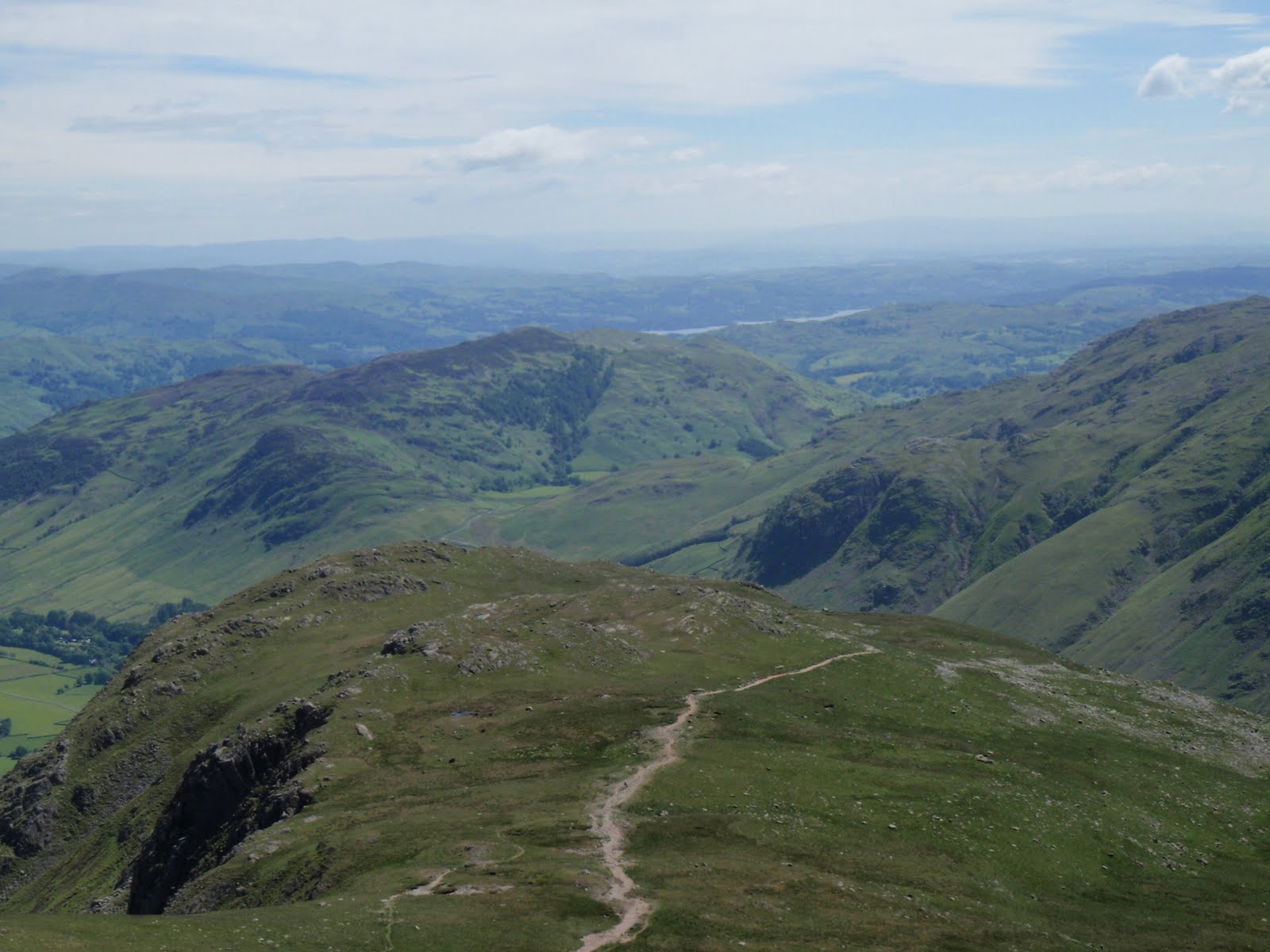 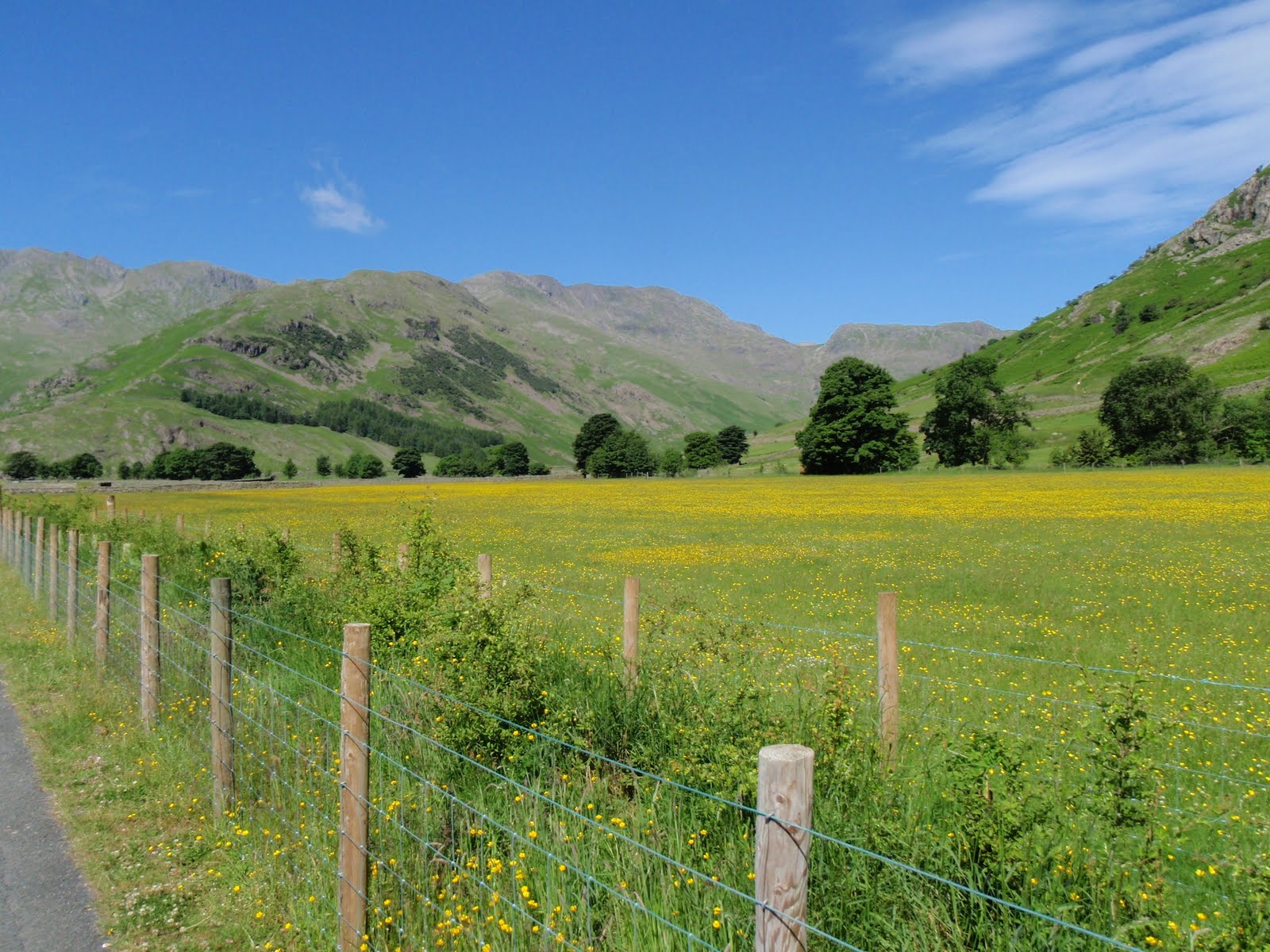 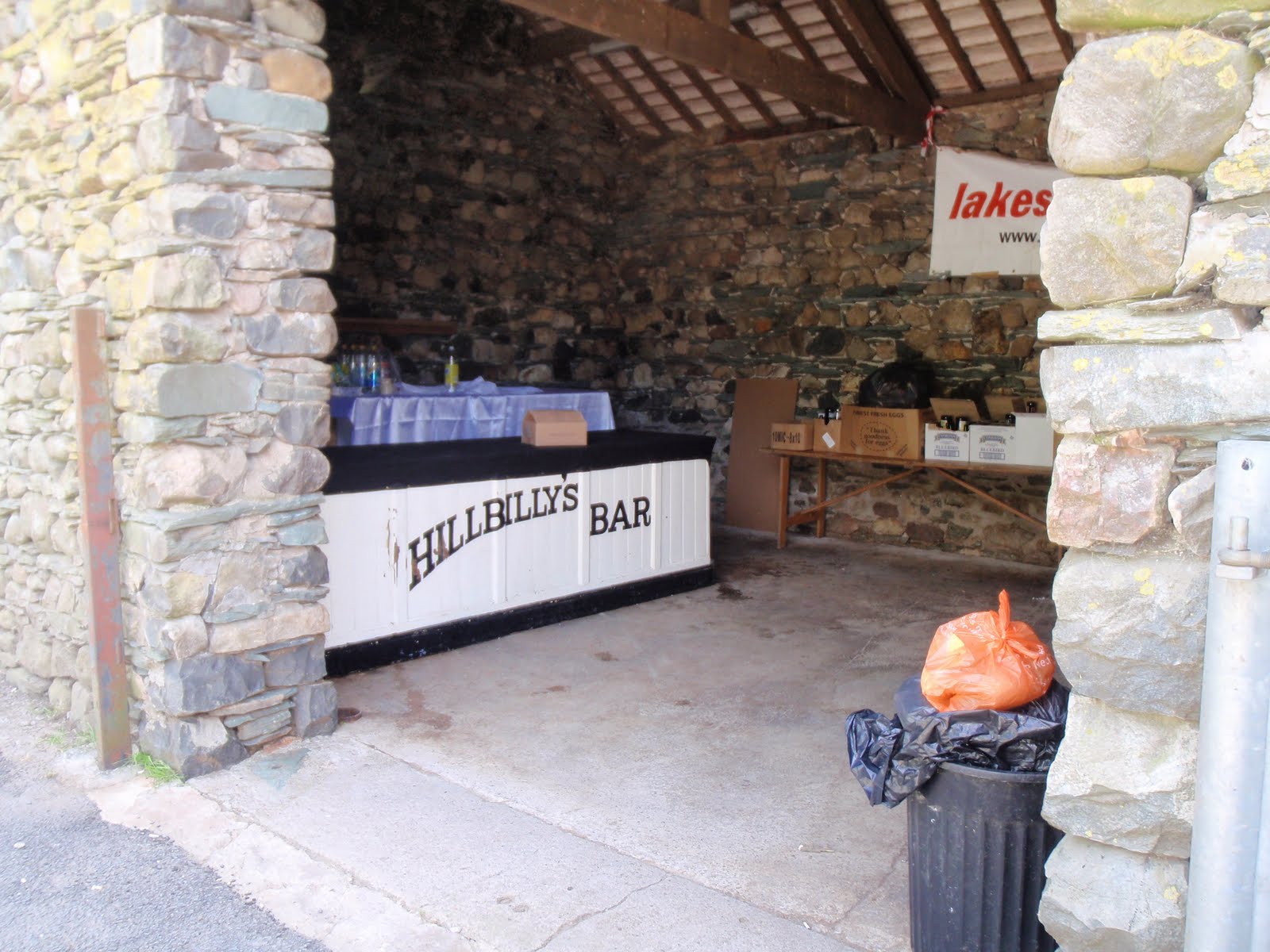 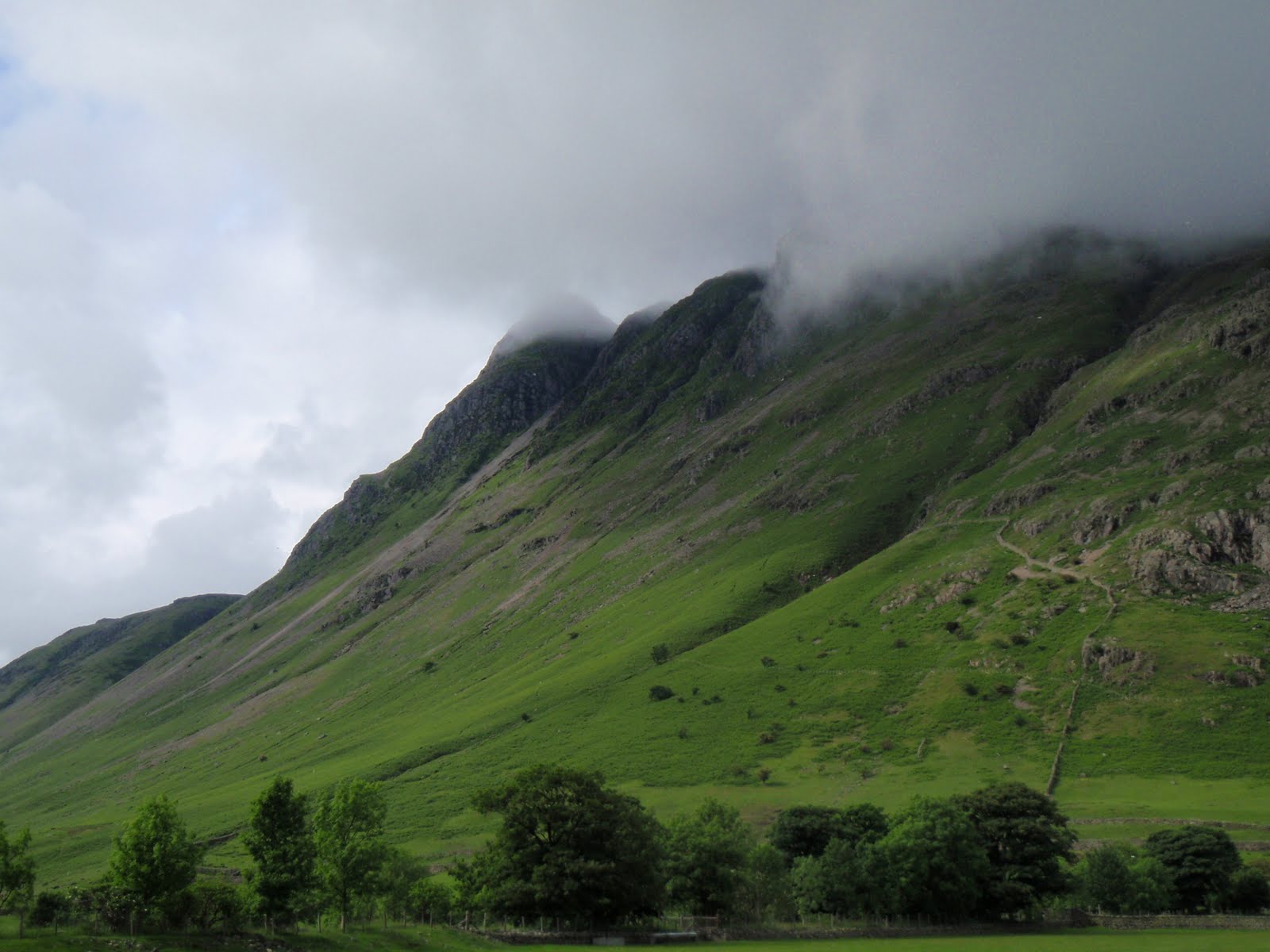 The government could save a lot of money by disbanding the Met Office. How did fine and cool turn into WET and warm?
I picked Chris up just after 7.30, this in itself was not bad for a Sunday, I got up at 6.15. We stopped on the way at Lancaster services for vital coffee and lunch items from Marks and Spencer, well the coffee was from the Costa Coffee outlet. This time it was almost overstaffed and we got served quickly.
We had another little break in Ambleside for walking poles for Chris from Trespass. I got some socks and a replacement work rucksack as mine now deposits little black bits everytime I get anything out of it. Great cheap shop, C also bought some trousers. Funny how she and I seem to gravitate towards the retail outlets when we are together!
We got to the excellently named Dungeon Ghyll and were fleeced by the National Trust car park to the tune of £6. I must remember to try to find out car parking information before I set out, this was a shame as C has NT membership.
So at 11.30 we started walking. The first 2 km are flat tarmac which is good to get warmed up. Then it’s up from  the also delightfully named Stool End Farm. There were a lot of people dressed in red doing something strange with what looked like a block and tackle (no more double entendres, I can’t cope!) They didn’t seem to be moving much, apart from a large plastic tank of who knows what. We surmised that they could be Cave Rescue people working out how to get someone out of a hole, but why they’d do this without an actual hole I don’t know. They all wore red helmets.
Some cheerful chaps passed us, and we wended our way up, taking waterproofs off, putting them back on, getting wet through, being too hot, being too cold. The first stretch is quite steep and a little bit scrambly, then it flattens out for a good 1.5 km which is a nice easy walk. By this stage we had no view at all but the path is very good and so there is no problem about going near the significant drop from the plateau. The only thing we didn’t see was the Climbers’ Traverse and this was really just as well as it wouldn’t have been safe in these conditions.
I was getting hungry so we decided to continue to Three Tarns in the rain, and this was quickly reached by another shortish steep section. We saw 2 not at all cheerful men coming down and they were all we saw on our ascent. And this is one of Wainwright’s favourite mountains.
We lunched at Three Tarns, my quinoa salad (home made, not M&S) seemed to be afloat in seconds thanks to the extra portion of rainwater. A nutritionally challenged young couple expressed admiration of our lunches but this was only because all they’d had was 2 bars of Kendal Mint Cake and a banana. More fool them, the best bit is the lunch!
I was anxious about attempting the summit in the hideous conditions so we decided not to. The mountain will be there for the next time. As soon as we started to descend, literally 5 minutes off the top, the rain stopped. I’d got all my clothes on by this point so as we dried off, all the layers came off. Chris was visibly steaming! Even though it stopped raining, the mist stayed on the top of Bowfell so we still wouldn’t have seen anything from the summit.
This has to be the best mountain so far in the Lakes for me. Despite the crap weather, it was stunningly beautiful so another trip is definitely on the cards for this one.
We got back to the car park. Boots off and then the very handy Famous Walkers Bar. Needless to say, we had a debate on were the walkers famous or was it just the bar? I still don’t know the answer. The pub web site is indicating that it’s a bar for a single walker. Lynne Truss will be tearing her hair out!
Chris ordered a pot of tea which we took outside to a damp bench. We were surrounded by lots of very tame birds – sparrows, robins, chaffinches and a blue tit. Some of them looked like they would perch on my hand. The tea was so strong it gave us new chest hairs (4 bags in the pot) and our rest was punctuated by the local mad person sitting behind us chuntering softly away to himself. He wasn’t even very old but at least he has somewhere to sit so I guess this is care in the community.
Drove back via the short cut which leads onto the Wrynose pass – though short this was pretty exciting driving. Then back to Tod to drop C off. I finally collected the Easter egg which has been lurking in Chris’ cupboard for several months. This is the egg I won in the hairdressers’ raffle which I was giving to Carol. Every time I get my hair cut, my hairdresser asks about it and now thinks that Chris has eaten it!
Home damp and hungry but quickly sorted out. Great day. 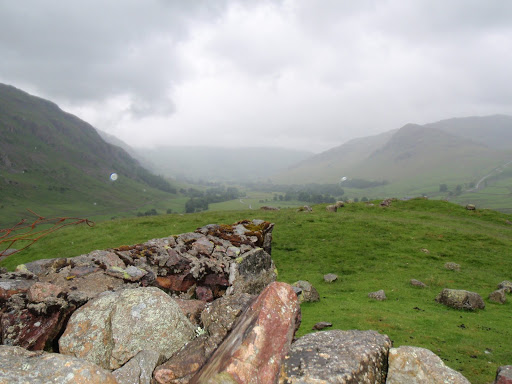 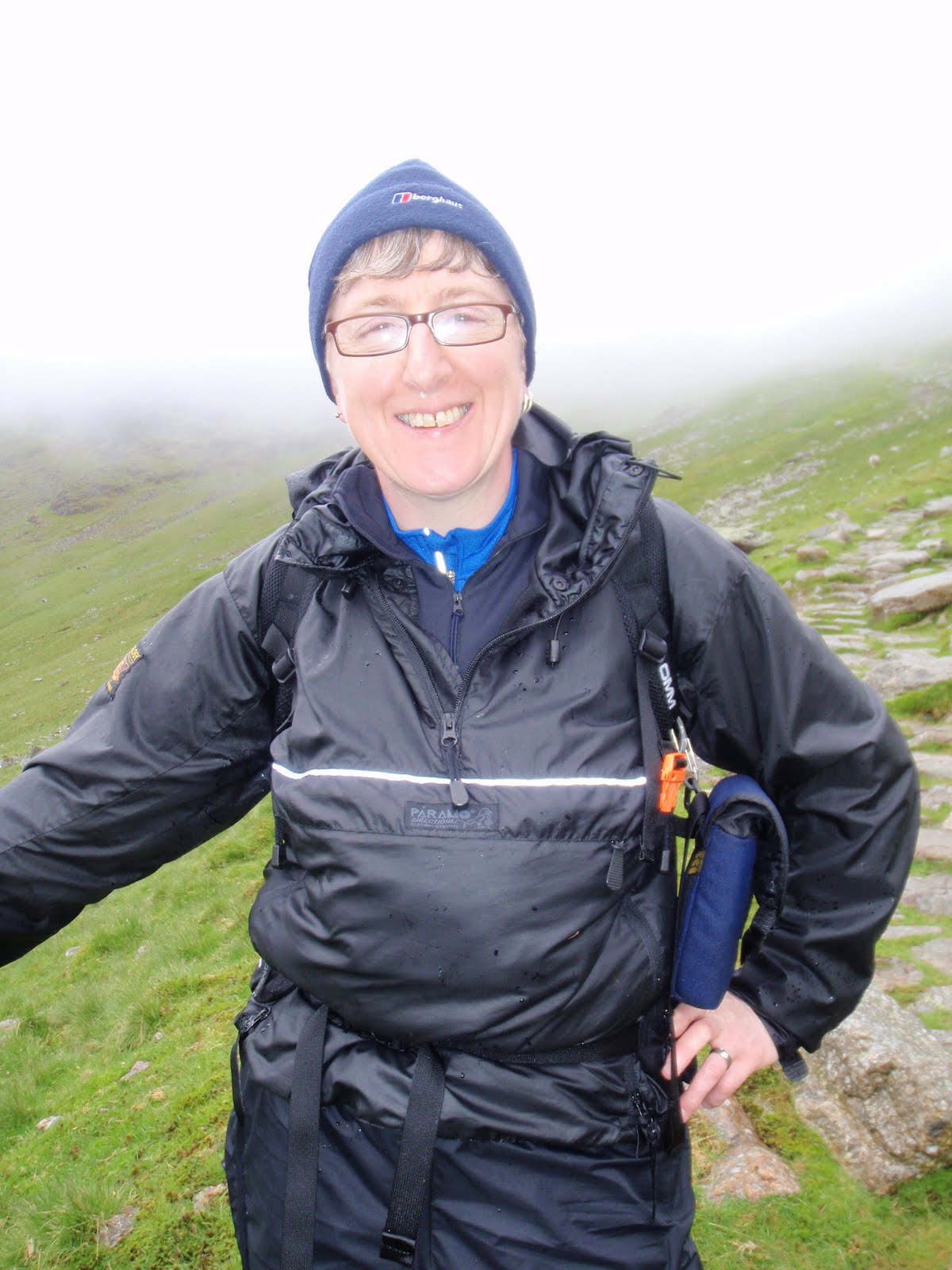 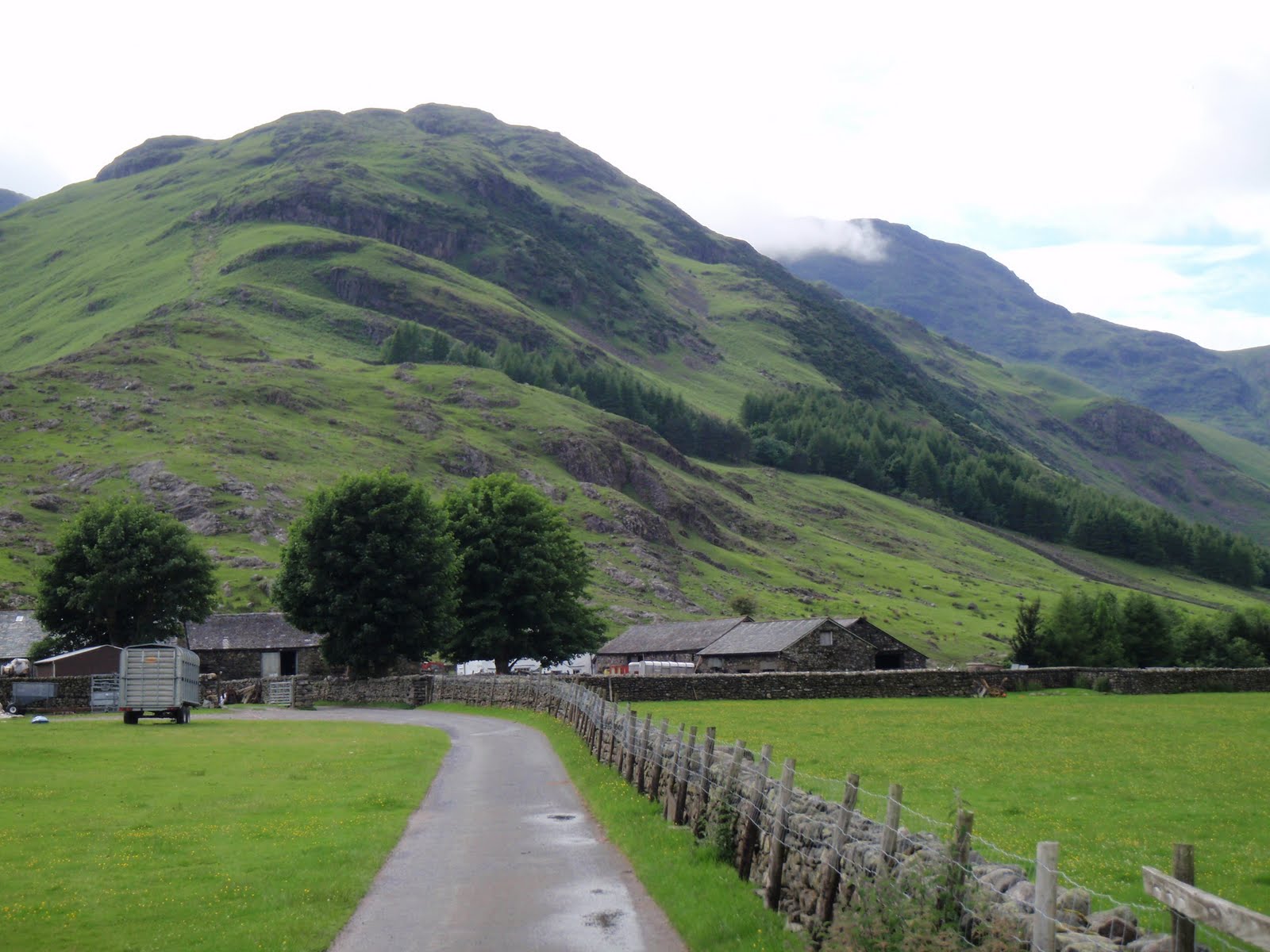