Met up with my pal Babs and we did the car thing where we both drove to the end point, then one car to the start point which for some reason I find makes my head hurt to think about.

It was a gorgeous afternoon and the route was a delight, and made up for the 2 other days I’d had this long weekend on the MTL which were both hard slogs and not particularly nice.

I guess when Chris and I were thinking about doing the MTL on our bikes in 2 days, we were both a lot fitter, now it seems completely impossible.

We set off from Watergrove and took a route that kept the reservoir in sight for quite a long while. It was only 4 miles but seemed a lot longer, I blame Babs!! Only joking!! 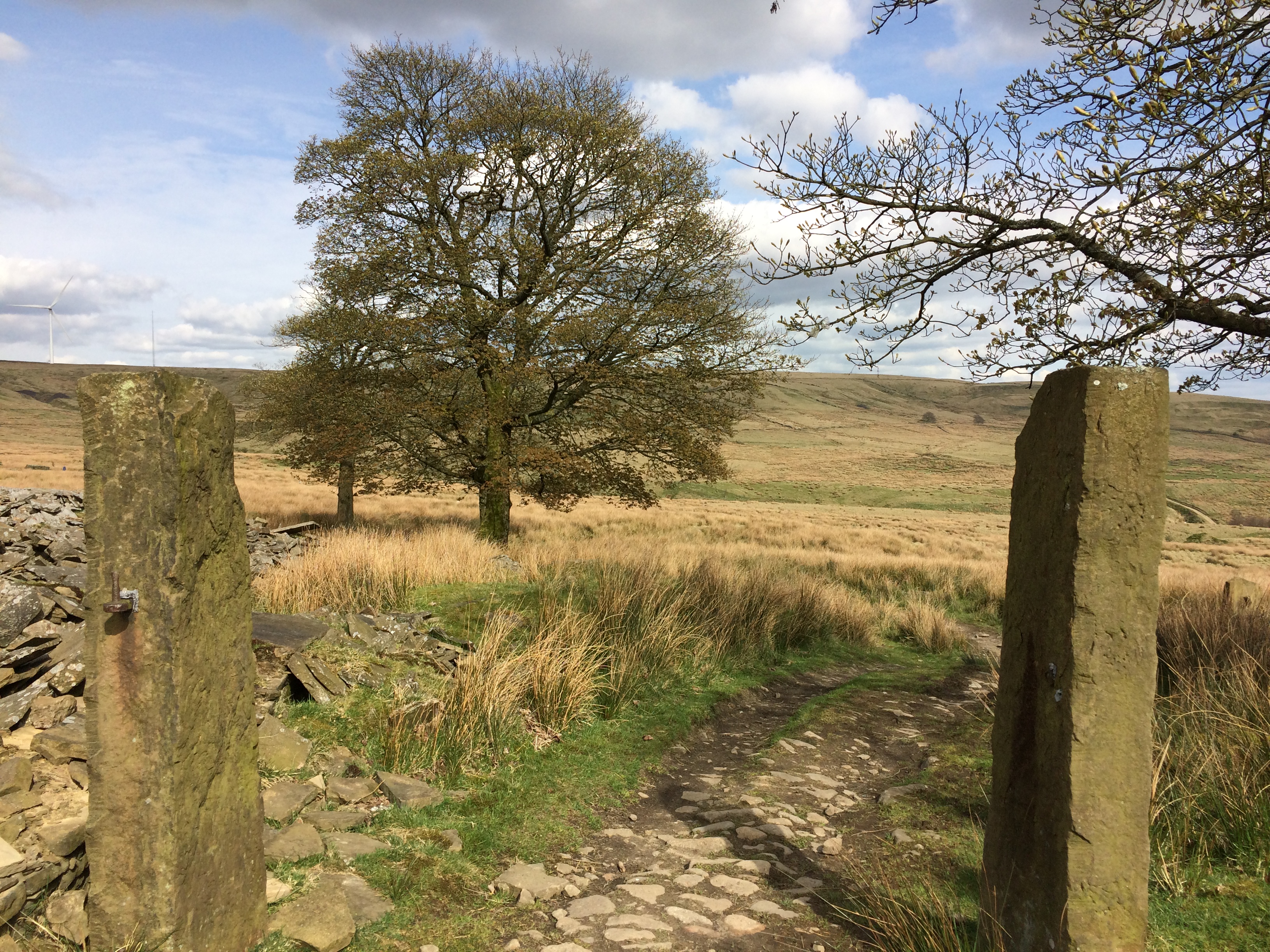 After some time away from the MTL I wanted to crack on with the western side. I knew this section would not be madly exciting on foot because it involves a long lonely stretch across the moor along Rooley Lane which is an old road.

So in the true spirit of the Loop I got the bike out and into the car. This is the first time the bike has been in the Yeti and it fits phew (with the front wheel off). I thought it would but nice that it actually does.

The first section from Broadley goes through the end of Healey Dell across the river and then through a mix of littered woodland, des res hamlet, water board land, grubby old farms until it reaches the bottom of Rooley Lane.

The entire ride to Top of Leach was uphill which was quite tough for my first outing in a very long time plus the wind was against me. The surface on Rooley Lane was either big lumpy stones or stone setts. I pushed the bike on the truly awful bits and got an all over bone shake on the setts.

It would have been easier to walk but also I would probably have despaired even more on foot as it was so bleak. I stopped at Top of Leach which at 474m is the highest point of the lane and of the MTL.

The ride down was a breeze even with the shaking, almost half as long. 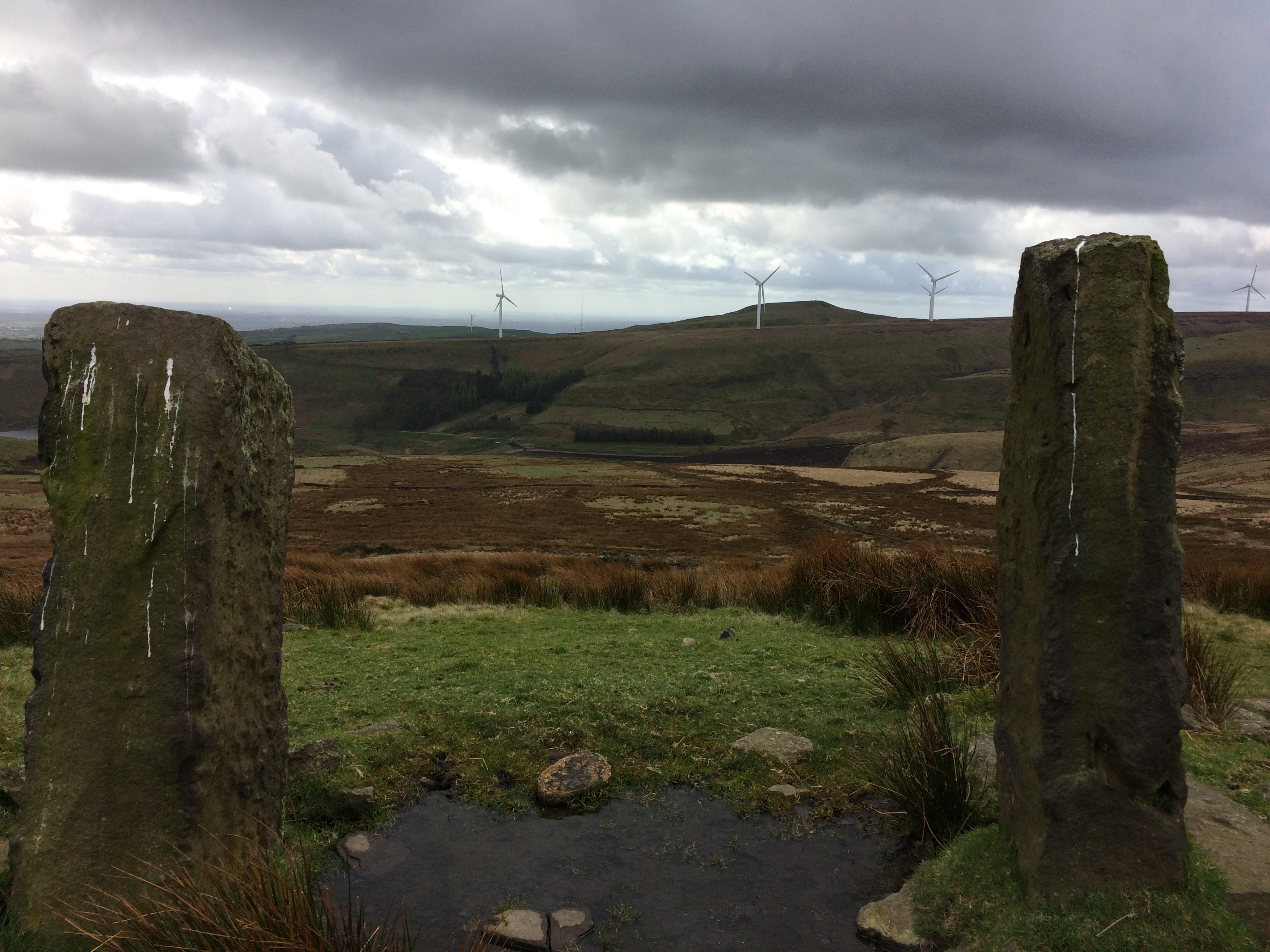 This was another back to front section. I parked up in Waterfoot and basically pushed the bike about 3/4 of the way to Top of Leach. It was less cold and less windy which was nice but it was very steep and very rough under wheel. I did ride the part on the flat through a large extinct quarry area. I felt a bit vulnerable there and there were a couple of dodgy looking men so I was worried about having to return the same way. At the moment it takes very little to make me anxious. I got to Top of Leach, ate my emergency supplies and then rolled back down. The quarry was fine and there were a few more people about with maps and rucksacks which made me feel more secure. I still had to walk the bike down the very steep parts but it took about a third of the time to get back down that it did to get up.

I’m glad most of this part is over as I haven’t really enjoyed it that much. Cycling the parts I’m not happy about is a good strategy as I always think I could put the speed on if I needed to, not entirely sure that is true as I was extremely slow on the ups today.