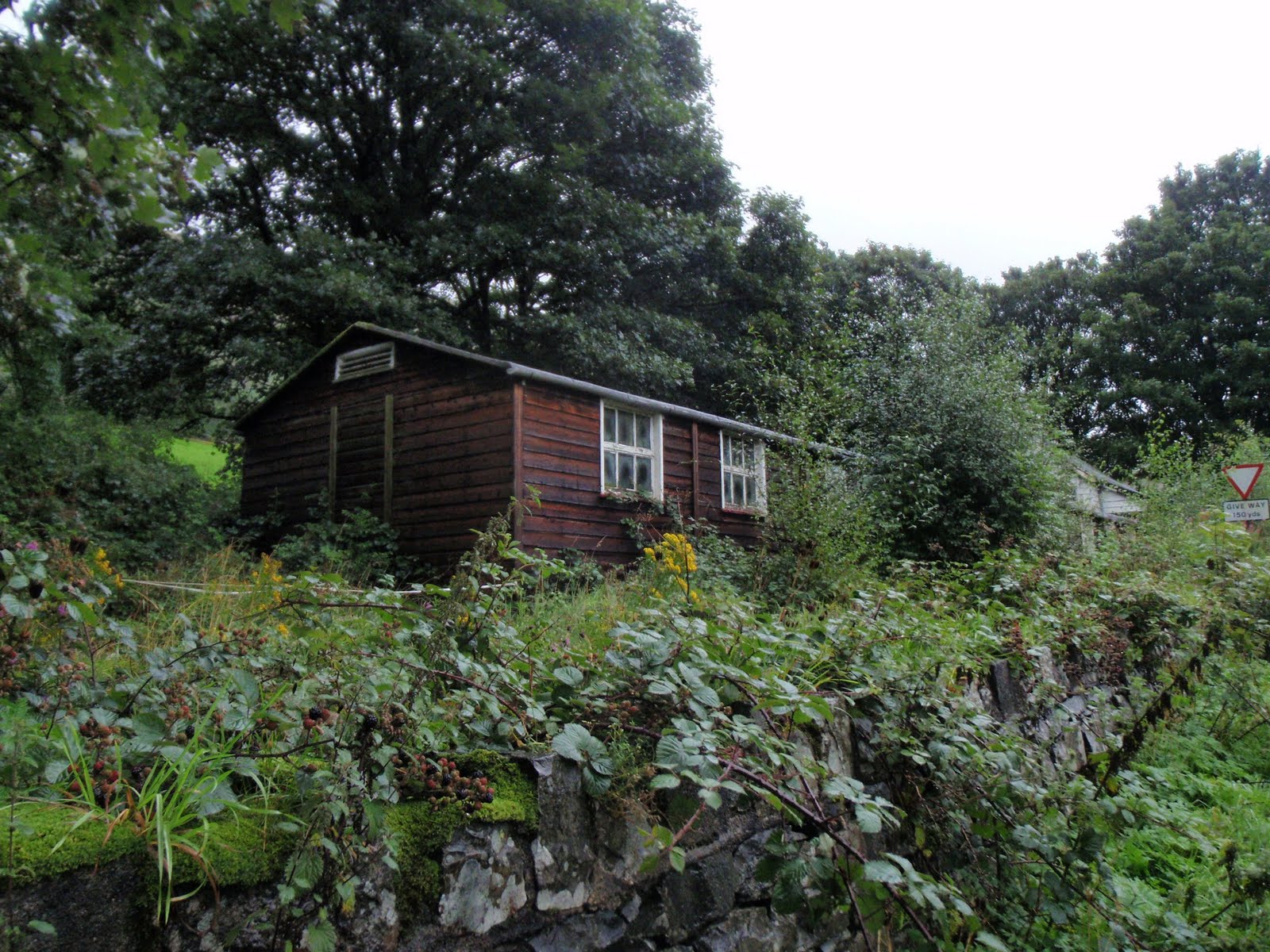 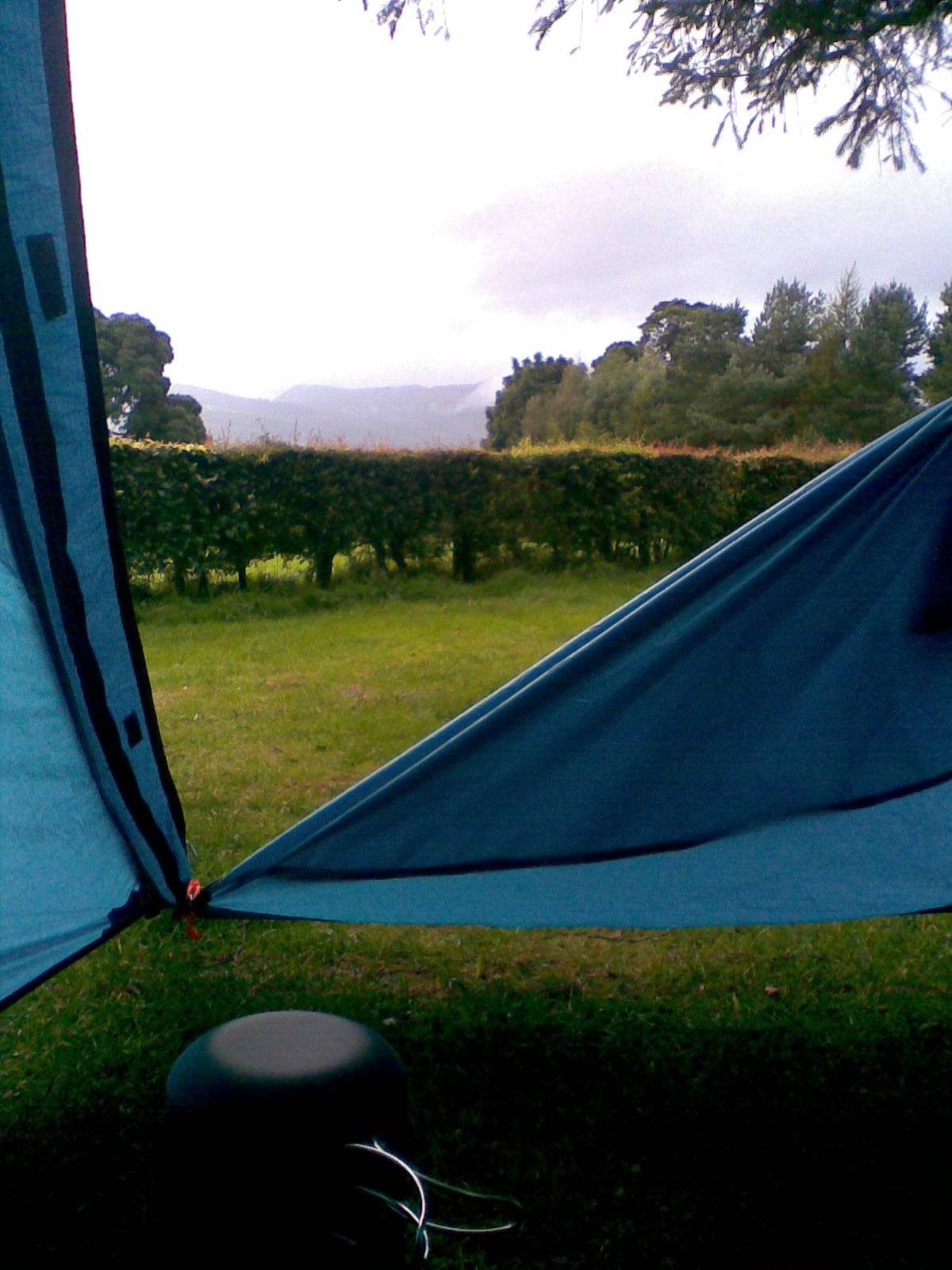 Started off from home a bit later than usual as would have more time later in the day. Getting through the Windermere, Ambleside, Grasmere bottle neck was immense fun and made the journey seem never ending.

My original plan had been to pitch tent and then walk but it was so late I parked at Legburthwaite car park and got walking.
Up to Sticks Pass having lunch on the way with my back to the wind and rain and then left this time to reach Stybarrow Dodd. The tops were in total mist although it did clear enough for me to get an idea of what was where. The now properly waterproofed jacket did the job fine this time, as did the new waterproof gloves. Went across to Watson’s Dodd and then returned by the same route.
Got down in almost half the time it took to get up, despite the wet and grassy slopes. Wainwright hated grassy slopes. During his account of his walk up the Pennines during the outbreak of WW2, almost 70 years ago to the day, he describes his footwear in detail and it was not up to the job so I reckon he skidded around too much on the grass and didn’t like it. In that book, he comes over as a very selfish and grubby man. No change of clothes for his weeks of walking and only one handkerchief! My favourite episode is where he arrives at a farm which has been flooded and Mrs Farmer is busy trying to deal with a flood. Instead of pitching in or offering to help, he demands tea from her!
As well as some more physical fitness, all this solo walking is also giving me more mental stamina and confidence which is great. So some good has come out of the apparent lunacy!
Back to the car, passing the old Thirlmere youth hostel at Stanah, now a very sorry sight, neglected and left to rot. The YHA shut it in 2001.
Decided to go to Castlerigg Farm Campsite as opposed to Castlerigg Hall Campsite. These are literally next door to each other but the Hall has lots of facilities and the Farm has fewer and is cheaper plus it has a “no noise after 10.30” policy.
I put the tent up very quickly, the dry run in the sitting room proved useful. It actually stopped raining whilst I did this which was nice, although not strictly necessary as the tent pitches with the fly attached, fab.
Got settled in and cooked my supper, pasta with stir in sauce, excellent. I was so hungry. Pocket Rocket worked like a dream, heated water fast. Pots also efficient as well as light.
Got warmed up with Paramo gilet and got into sleeping bag. Also warm and comfy. Dark early so read my book and tried to sleep but foam sleeping mat just not enough for my bones. Then it rained and rained and blew and blew so finally dozed off sometime around 3.00. Woke at 7.00, very groggy.
Brewed up coffee and had breakfast. Now so wet that decided to cancel walk to Helvellyn. Felt a bit crap about giving up walk, that had been purpose of camping trip but rain was extreme.
Struck camp, throwing all wet stuff, i.e. nearly everything, straight into the boot. The tent had kept me warm and dry and did very well for its first outing. A good test for future wild camps. All gear had worked well.
Went to Castlerigg stone circle and wandered round it in the rain. Then went and took some photos of the youth hostel at Stanah. Into Keswick to wander round all the gear shops for an hour.
Set off for home. Yet another crawl most of the way. Bit disappointed but the mountain will still be there next week.