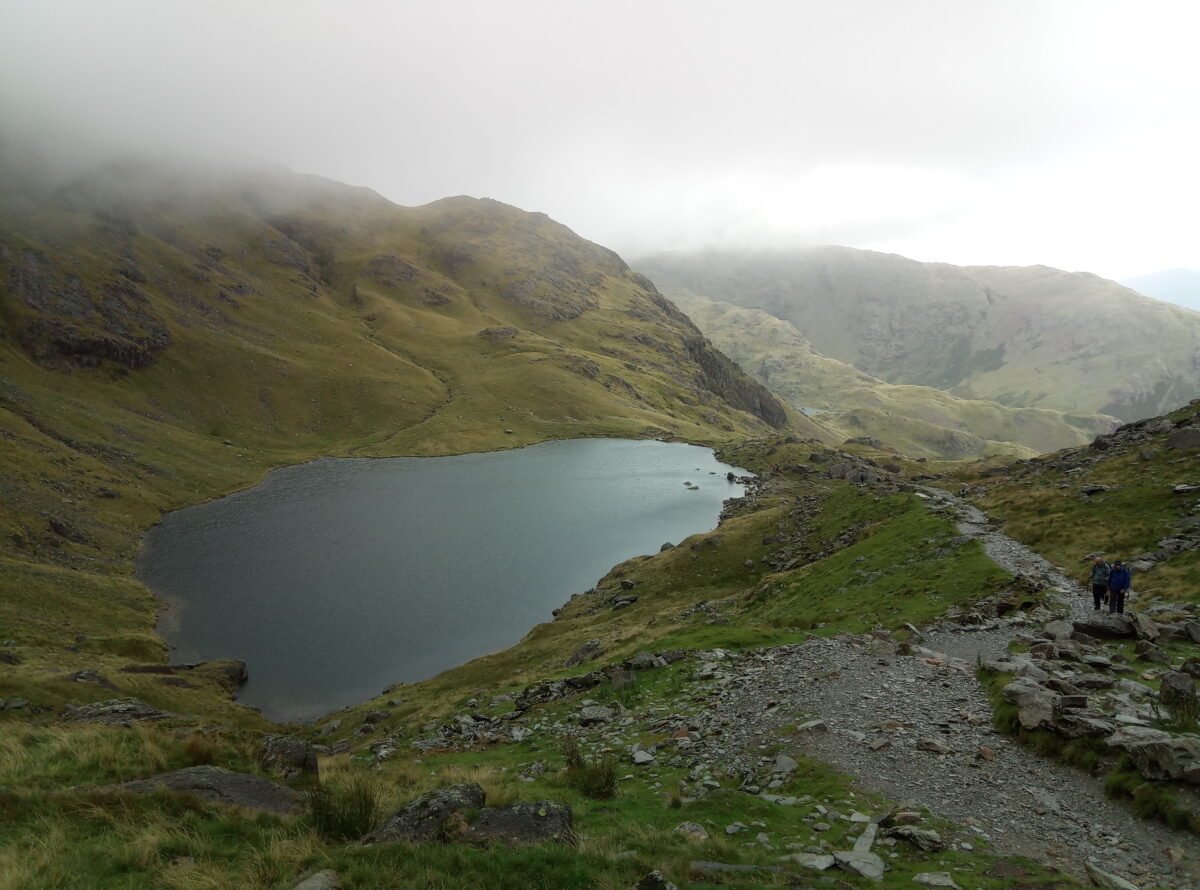 I got to Monk Coniston early enough to settle in to my room in the cottage and plan my walk for the next day.

HF had sent me a voucher for a free bottle of wine so I made a start on it. Dinner of chicken with Parma ham, a bit tough and then ice cream.

The HF inter house quiz was on and the team I was in won in this house. We each got a cloth bag prize! 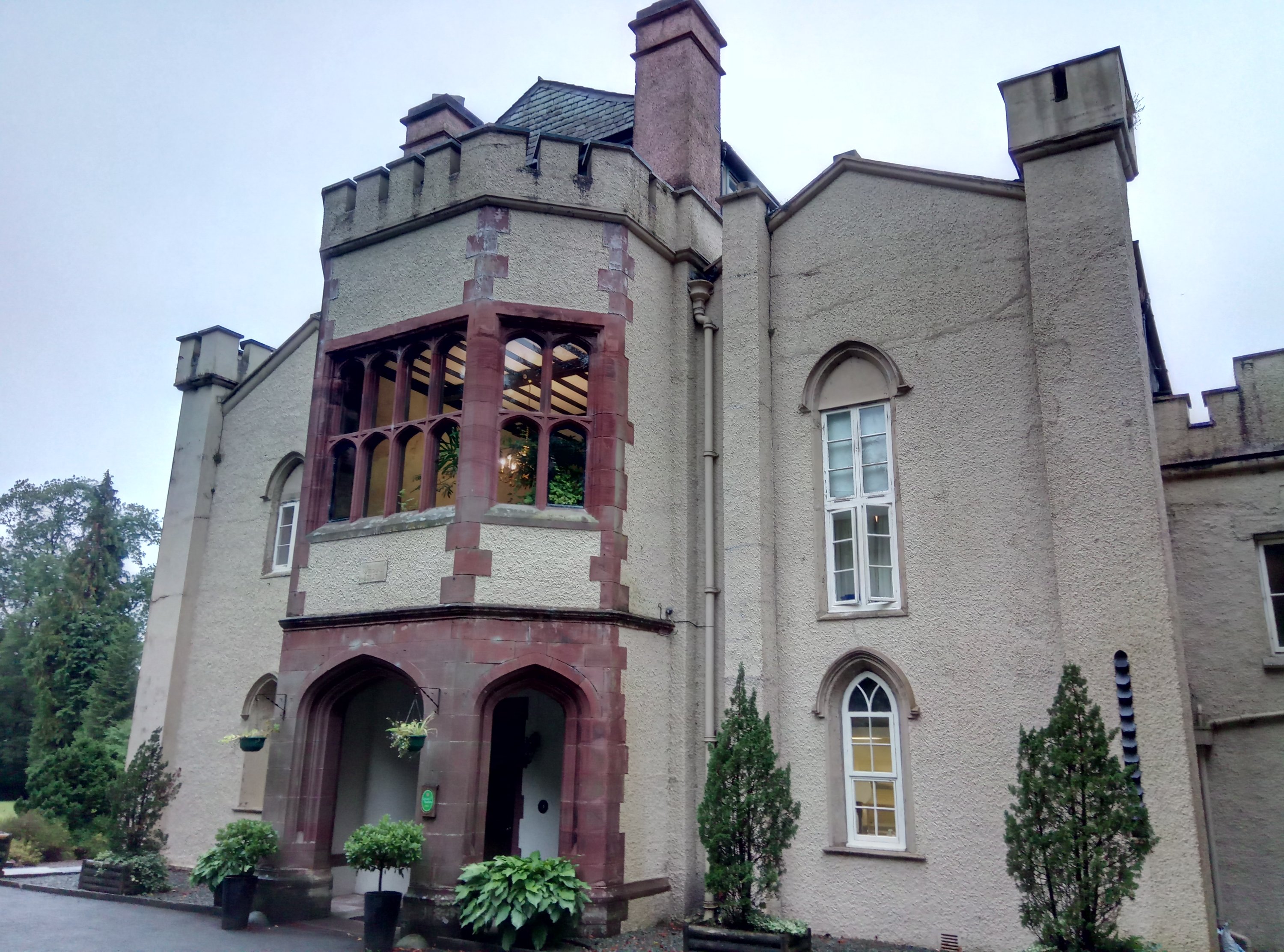 Breakfast of poached egg and sausage and a croissant.

I drove to the end of Langdale and parked off the road. Rain was on and off. Walked up to Pike of Blisco. Some short scrambling sections. Very windy at the top. Started to go to Cold Pike but retreated because the weather was so unpleasant I wasn’t enjoying myself and it was a long detour. Down via Oxendale, last walked with Chris when we did the ruddy Crinkle Crags.

Back to a hot shower and a local produce dinner. More wine (same bottle). A vegetable soup, a mini Cumberland sausage, salt marsh lamb, very tender, with creamed potato and half a parsnip, a dessert trio of sticky toffee pudding, cold, not my favourite at best of times, Kendal mint cake cheesecake which was nicer than it sounded and a lemon torte which was delicious and which I wished had been my entire dessert.

Chatted with Sally while we nibbled cheese and biscuits.

Went to bed early and fell asleep straight away. 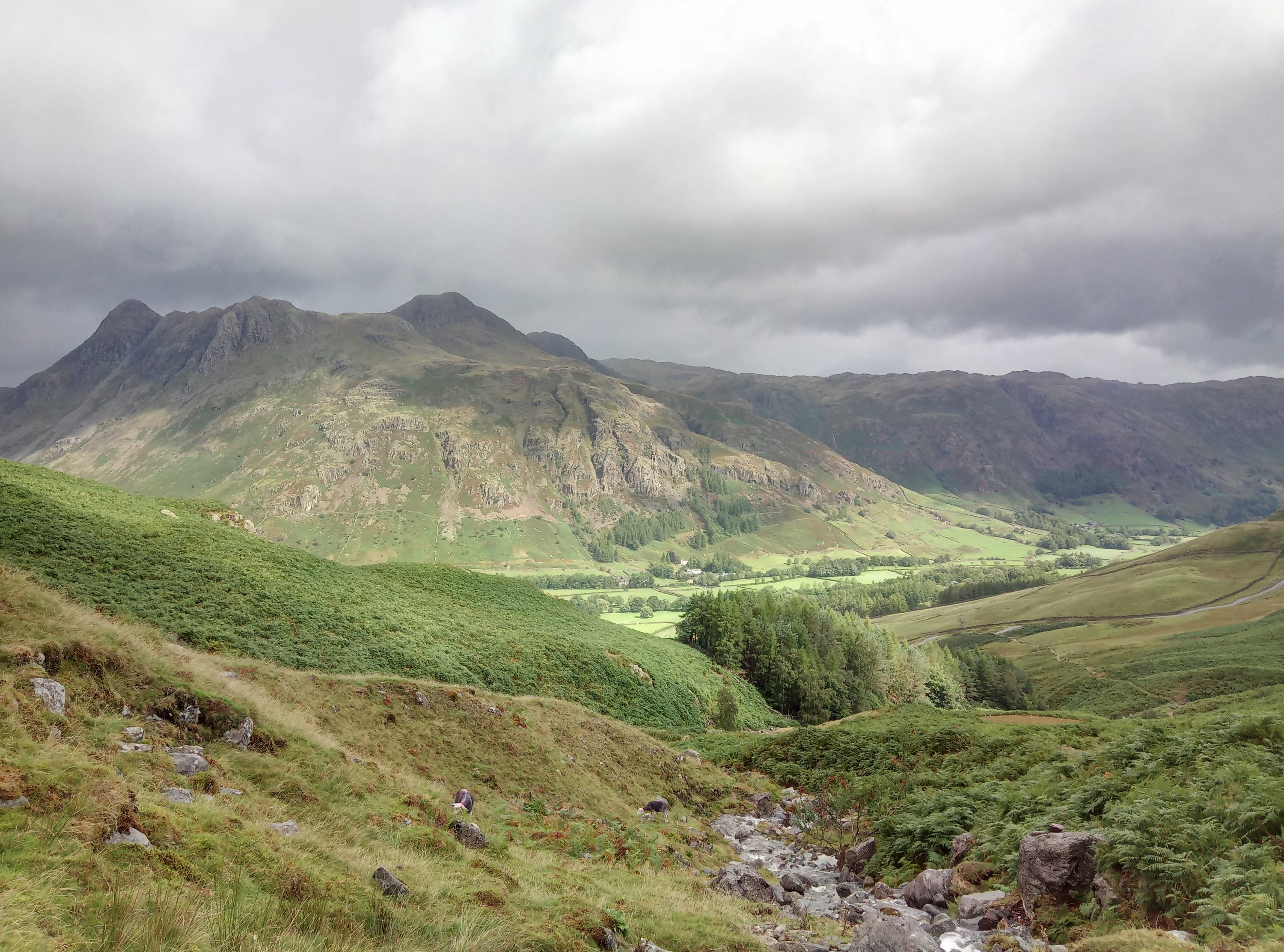 Parked up on road in Coniston. Had no change or inclination to pay £7 in car park.

2.5 hours to reach the summit of Old Man of Coniston. This is another hill I’d done with Chris. Stayed mainly dry on the way up but hideous weather at the top. V poor visibility. Went to Brim Fell but abandoned the idea of a circuit because I couldn’t see enough. Returned to the Old Man for a bit of shelter and met Sally and her 2 friends. They decided to return the way I and they had come up so I tagged along.

Not far down Jenny twisted her knee. She kept going but very slowly. One of the HF groups passed us and advised that we call Mountain Rescue. Sally and I were reaching that view also. I rang 999 and asked for Police Mountain Rescue, a very calm woman took our grid reference and description of where we were. We kept going. After a while the Coniston MR team rang us and said they were on the way, another calm chap who said they could drive up quite a way and they would ring from Crowberry Haws. We kept on. Then hooray, heard a siren. Before long the team of 8 arrived and stretchered Jenny down to their Land Rovers. Sally, Abi and I walked to the Land Rovers. Once the team arrived with Jenny, they unstrapped her and got her into the warm van. Then they all pitched in did fiddly weaving with all the stretcher straps. The team gave the 3 of us a lift down a very bumpy mine track. It was all done extremely efficiently and kindly. An ambulance was waiting for Jenny on arrival at the MR base in Coniston, she was whizzed off for x-rays at Barrow in Furness hospital. Abi went to her home in Coniston. Sally and I were given hot drinks and Mars bars in the MR base.

The weather had deteriorated from about midday. Certainly all my gear (summer showers rating only) was soaked by the time we got back so there had been a real risk of hypothermia at the speed we were going. Fab HF drying room sorting out the wet gear.

Finished off my bottle of wine. Dinner of fresh tomato soup, home made pizza with potato wedges and coleslaw, raspberry creme brulé. I’d originally asked for small portions but after our adventures I was very hungry. I had a half of beer watching a game of skittles! Yes indeed!! I did 10 pin bowling when I was 16 but was terrible at it then so didn’t even try it. 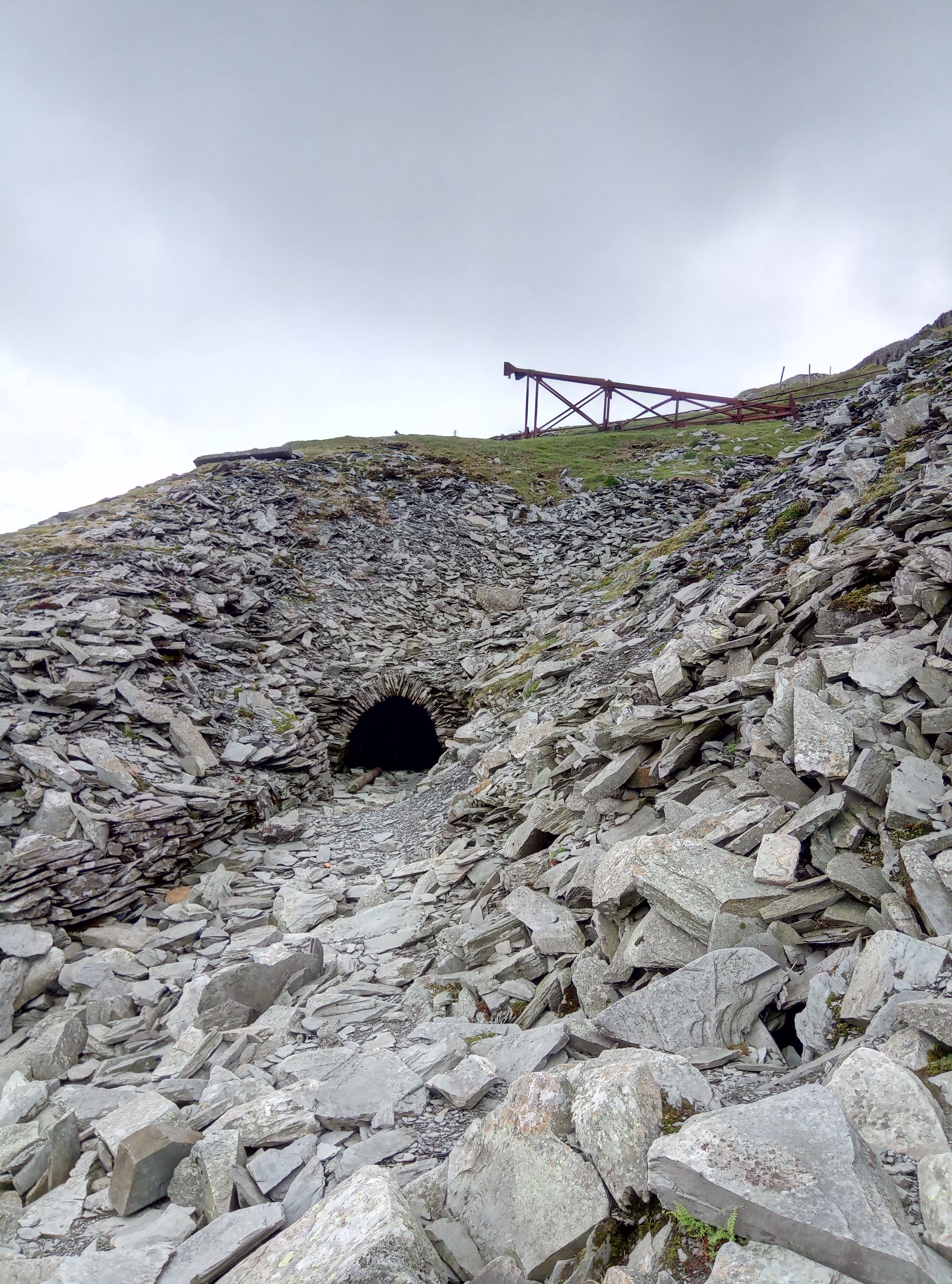 Sally updated me that Jenny had no broken bones or torn ligaments, muscle damage so that should heal more quickly. She also got a lift home with the doctor who treated her!

After breakfast I went to Windermere and looked at an exhibition about the Windermere Boys (and girls) who were housed briefly in Windermere after leaving the Nazi concentration camps as orphans. An impressive exhibition in the library.

The rain had dropped off and I did think about walking up Lingmoor Fell but decided to go home.