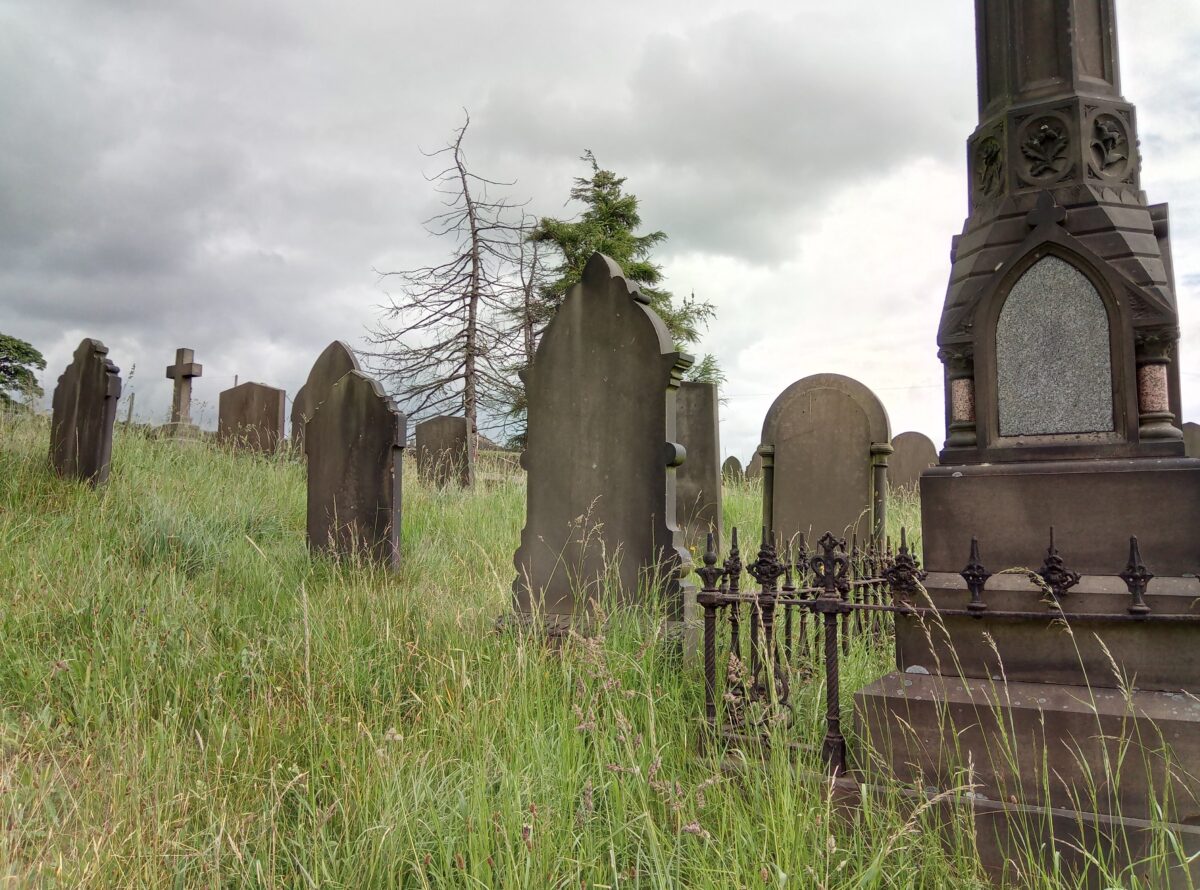 Babs and I did a route from the AA. Babs led the walk and I followed on the map. We did about 6 miles, good walking weather. Stopped at the Dog and Gun for the loo, on the moors for lunch. Saw a dead lamb, also what I thought was a dead fledgling but it moved so Babs put it off the track so at least it wouldn’t get trodden on.

We finished up at Oxenhope station which has nice loos and sat on the very uncomfortable seats in the stationary buffet train. I had a nice ice cream and Babs had toast and jam.

I met up with Babs and Cath at Oxenhope station. We’d all arrived a bit early so we had warming drinks on the train. It was fun to sit on those old loosely sprung seats, took me back. I availed myself of the facilities and squeezed myself into the train cubicle, I don’t recall them being such a tight fit! However once inside, they’d also squeezed in a proper size loo and wash basin.
After a small detour to look at some Farmers’ Market type stalls (all 4 of them) just outside the station, purchasing of plants and pickles, we set off with Babs leading the way. Cath and I made a pretence of following on the map but after a short while I just relaxed and enjoyed being led for a change. Weirdly it’s much harder to write about the route not having pored over it on the map, especially with a 2 week gap.
We followed part of a route that Babs and Cath had run about 3 weeks previously. Frankly I found it quite energetic enough walking it so how they ran it is beyond me.
I know we went up to a reservoir and then stopped for lunch before ascending a little hill from where we dropped down into Haworth.
Once there we turned into instant shoppers although Babs whizzed us along to her favourite cafe where she seemed to be on very good terms with the proprietor. We had drinks and cakes to fuel us up for the walk back to Oxenhope, this was very quick after we’d followed the walled paths past the cemetery.
Back at the station, Babs displayed a startling enthusiasm for the steam trains. Far be it from me to call her a train spotter, but basically if the cap fits…! It was nice to see all the old trains and the entire walk was done with an aural accompaniment of train whistles as we tracked around the hills. Very Railway Children, although we must all be thankful that none of us was wearing red flannel pants.
I had a lovely day with my old pals and the weather was great too.