Skip to content
Fabulous day. Got up very early and started walking at 10.20 after 2.5 hour drive which would have been less if Tebay services had managed to serve coffee a bit more quickly. UoB can serve coffee quickly so why are motorway services, nice or nasty, totally unable to manage it? I parked at Mardale, actually in the car park for nothing. It was straightaway very hot as I went round the bottom edge of Haweswater before climbing up the spur leading to Kidsty Pike. This is not where Alfred Pain-height’s ashes are scattered but people were pondering on where exactly they might be (Innominate Tarn, Haystacks). It took me a while to get up as being so hot slowed me down. I had my lunch on Kidsty but it didn’t draw me in the same way as it did Wainwright. This may have been because there was a man with a 2m white aerial sticking out of his rucksack with a big black telephone wire attached to a large handset. Why he needed a satellite phone was quite beyond me but he had a long conversation with “Manchester”. There are some advantages to my newly diagnosed deafness and being able to cut him out was a distinct plus! I bumped into various bods doing the C2C and many of these were Americans who seemed to be a bit surprised at how hard it was! I’m still trying to adapt and adjust to what is going on and doing this big long walk helped as I was able to forget the tinnitus for some of the time, and I really needed that respite from it. I think I can adjust to the deafness but this accompanying permanent state of white noise is making me feel quite mad and desperate at times. I moved on to High Raise which I preferred and is a short hop from Kidsty Pike. I could see a very long way but it was still pretty hazy. Then I took in Rampsgill Head, not knowing it was on Wainwright’s list, so another peak bagged by accident. I then went down and across to High Street which I love. Just thinking about Romans charging along the road. On the way I did my good citizen bit and guided a Coast to Coaster back onto the correct track. He seemed to have a terrible amount of stuff to carry, all dangling madly. I really worry about people who undertake the C2C and who think it’s going to be a doddle and that they don’t need to be able to read a map. After High Street I started on the descent of the ridge which was much longer and steeper and required more scrambling skills than I remembered. Still loved it! No good for any of my pals who find exposure and height challenging though. Went really fast for the last flat kilometre which was fun! Got back to the car at 4.30 and was home just in time for the Archers. 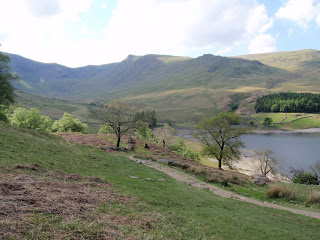 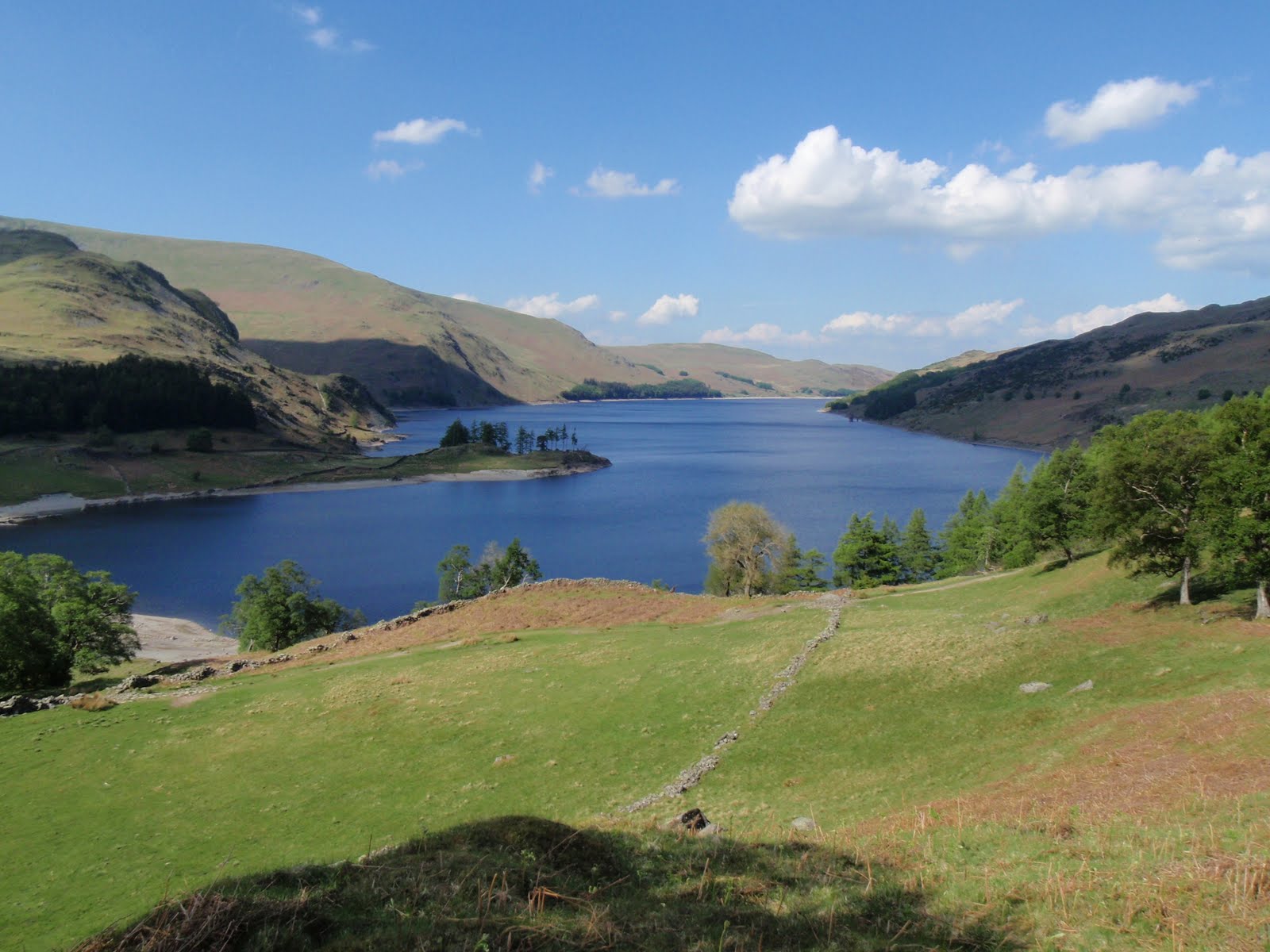 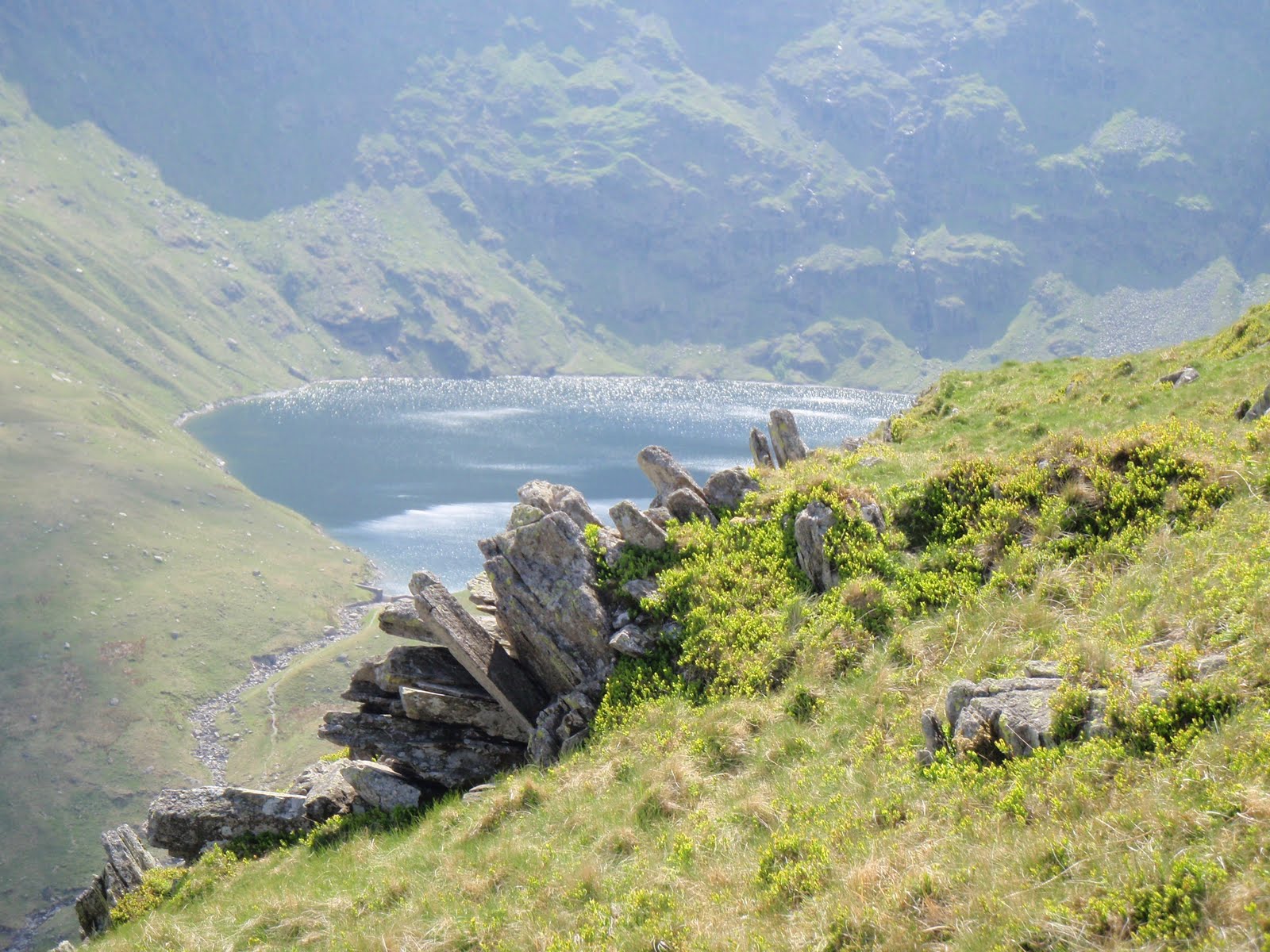 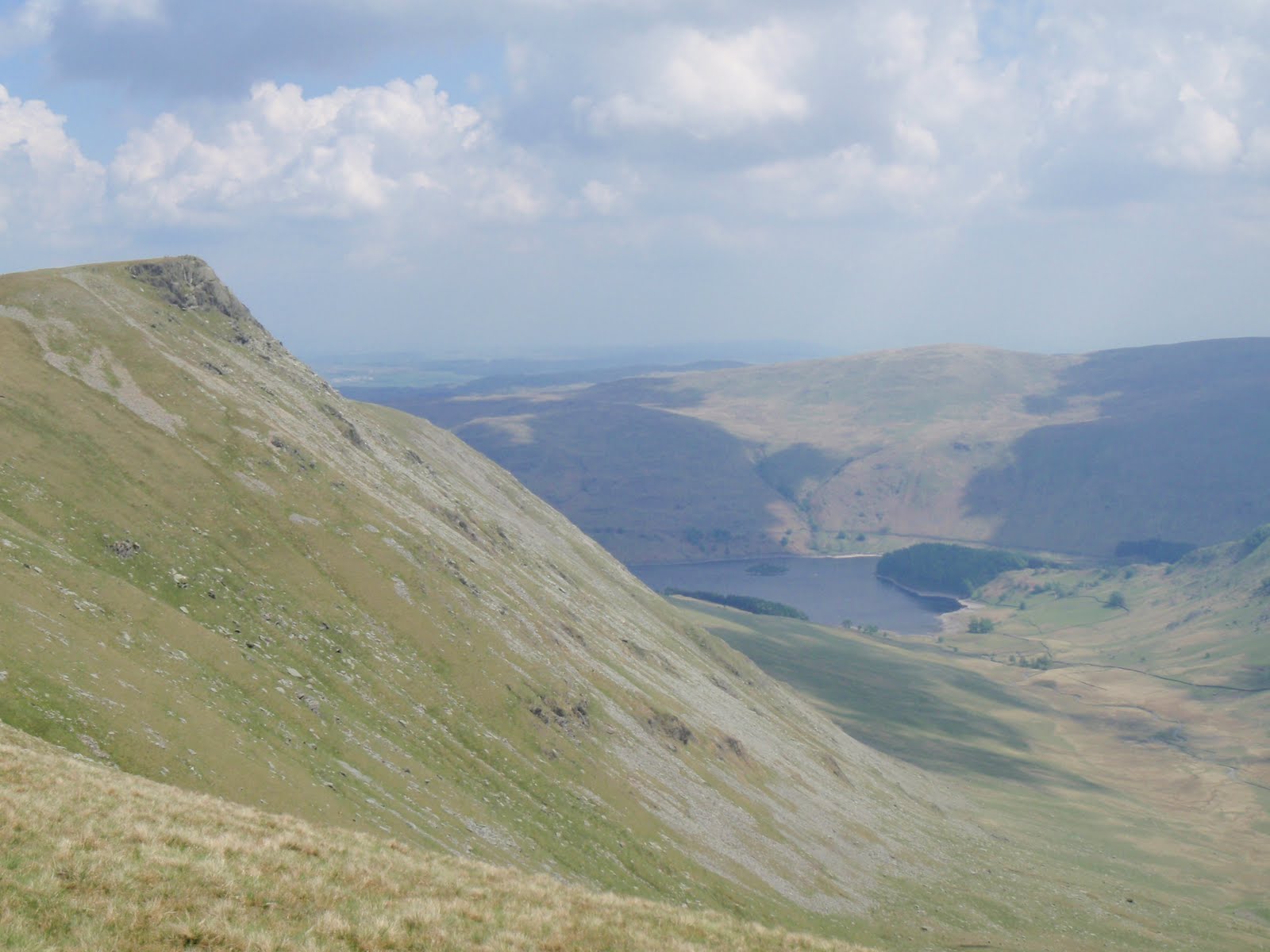