Sunday 30th May
This was a lesson in planning. Do not imagine you can easily camp in the Lakes on a Bank Holiday weekend Sunday. After an interesting drive across Wrynose and Hardknott passes, (wow my car is so good on those bends and even did the 1 in 3 with no trouble), I found that all the camp sites in Eskdale and Wasdale were full. I was starting to think that this would be a wild camp after all, then I remembered the lovely farm I’d stayed in last year with Clem and pals. After many hours of driving, I had to stop for a call of nature but guess I was getting a bit worried and didn’t see the nettle! Ow! Did have the presence of mind to grab some dock leaves for a later application! Even though it was another 40 minutes drive to Low Cock How, (is this a question?!) it was worth it as Dorothy and Mr Bradley welcomed me and I joined the other 2 tents in their field/garden. I’d managed to drop the metal gate closure onto my forefinger (in my panic to find somewhere) but not too serious an injury. I quickly got the tent up. The Bradleys were both very kind and let me use their phone so I could ring home and say I had somewhere to kip. No signal in their yard this year!
I cooked up some nice beef casserole and brown basmati rice, as in heated up. No matter, turned out a treat and the casserole was not at all bad. I washed it down with some Glenkinchie and a bit of chocolate! Read a few pages of Evil under the Sun and then slept quite well, certainly warm enough in merino wool baselayer.

Monday 31st May
Woke about 6.30 and went back to sleep only to find the next time I woke that it was 8.00 a.m. How did that happen? On my way back from the loo (in my sleep attire), I bumped into Mr Bradley who decided this was the time to tell me all about his bore hole (oh yes indeed), and also his battles with the local planning department and how to beat them, not to forget his future projects. I got a bit cold while deciphering all this – Mr B has a very strong Cumbrian accent, but it still amazes me how hard this family of 3 work – 1000 head of sheep, 50 head of horse, plus cows, camp site, B&B, camping barn and riding. Mr B and Dorothy had taken what sounded like only their 2nd holiday abroad ever, earlier this year, to Gran Canaria – I tried hard to imagine them in the sand dunes or the Yumbo Centre but hey, they had a great hot holiday! I warmed up with breakfast of muesli and yoghurt, this washed down with coffee from a coffee filter bag. This is a very lightweight way to have a half decent cup of coffee.
I struck camp, albeit a bit later than I’d hoped and arrived at Wasdale Head National Trust car park just after 10.30, where they charged me a whopping £5.40 for the day, the money grabbing gits.
Left the car park at 10.50 and set off gaily, little knowing what lay ahead. It was warm and sunny for a while and then warm without the sun. I followed the path, stopping to take a photo of a woman and her kids – she did ask me to do this! At the first main junction I could see that the way I needed to go was straight across the plain rather than down to the tarn, so I did and met up with the path coming up from the tarn thus saving quite a chunk of time. Then it was a steady gentle climb up to a grassy plateau. I passed a group of 4 women who had a certain look and continued up the slope. Stopped for my first lunch before attempting the steep bit at which point the 4 overtook me. This was good as I could see them ahead of me all the way up. The steep bit really was just horrible. Scree that did one step up and and 2 steps back and seemed to go on forever. I plodded away and rested as necessary which was quite a lot! A man going down stopped so that he wouldn’t knock stones on my head which was nice of him but he was a fell runner and seemed to be throwing himself down the scree which was also wrecking the path I was about to use. Grrr. Guess I was getting fed up with the scree by this time, I tell you Wainwright never mentioned anything about that, this route was the only safe one according to him. Finally got to the top, had my 2nd lunch (reward), wandered over to Symonds Knott and rested a bit before tackling the descent. I allowed myself a drink stop every 15 mins and a slightly longer one at 30 mins, I took it very carefully but I like the downs and was off the scree after just over 30 mins. I had a short chat with a couple of guys in training for the Lower Alpine Mountain Marathon, one of whom said “we’ve been walking for SIX hours!” (my walk was 6 hours 25 minutes). Continued onwards, much faster on the plateau, another short chat with a couple who had taken a path that petered out (not on the map) who seemed to think the NHS pays for Mountain Rescue. I tried to disabuse them but then got lectured on walking poles and how I must use 2 not 1. I’m sure I’ve been enthusiastic about 2 poles myself at times, but at the moment I don’t have enough hands for 2 (map, compass in one) and am strengthening my “floppy” knees (technical term from physio at work!) by building up the muscles around the knees by only using a pole when absolutely necessary. I left them to follow my own short cut which gave some sheep a nice surprise and then raced back in the late afternoon sun for the last half hour. 900m of climb, not bad!
A long drive home but thanks to a very smooth operation at home, got unpacked and sorted in less than an hour.
NB To the best of my knowledge, the Bradleys are not part of a gay mafia. 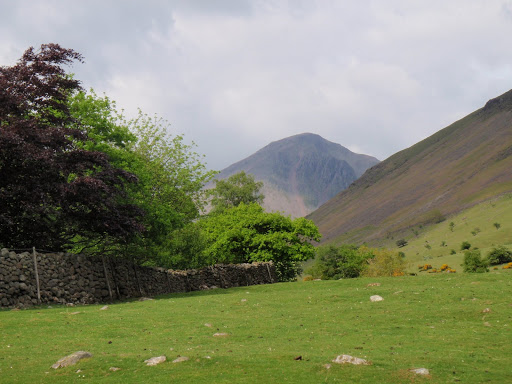 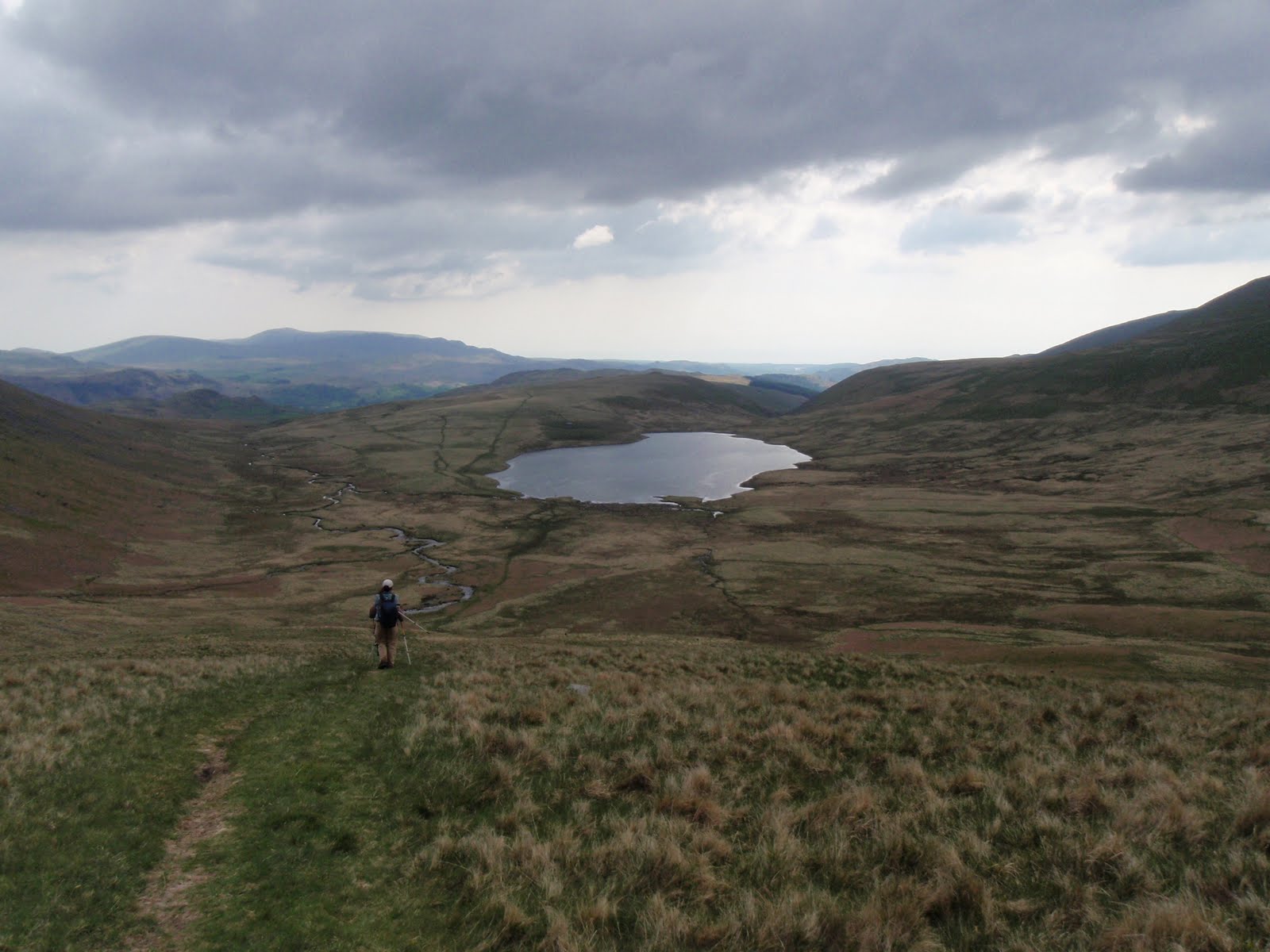 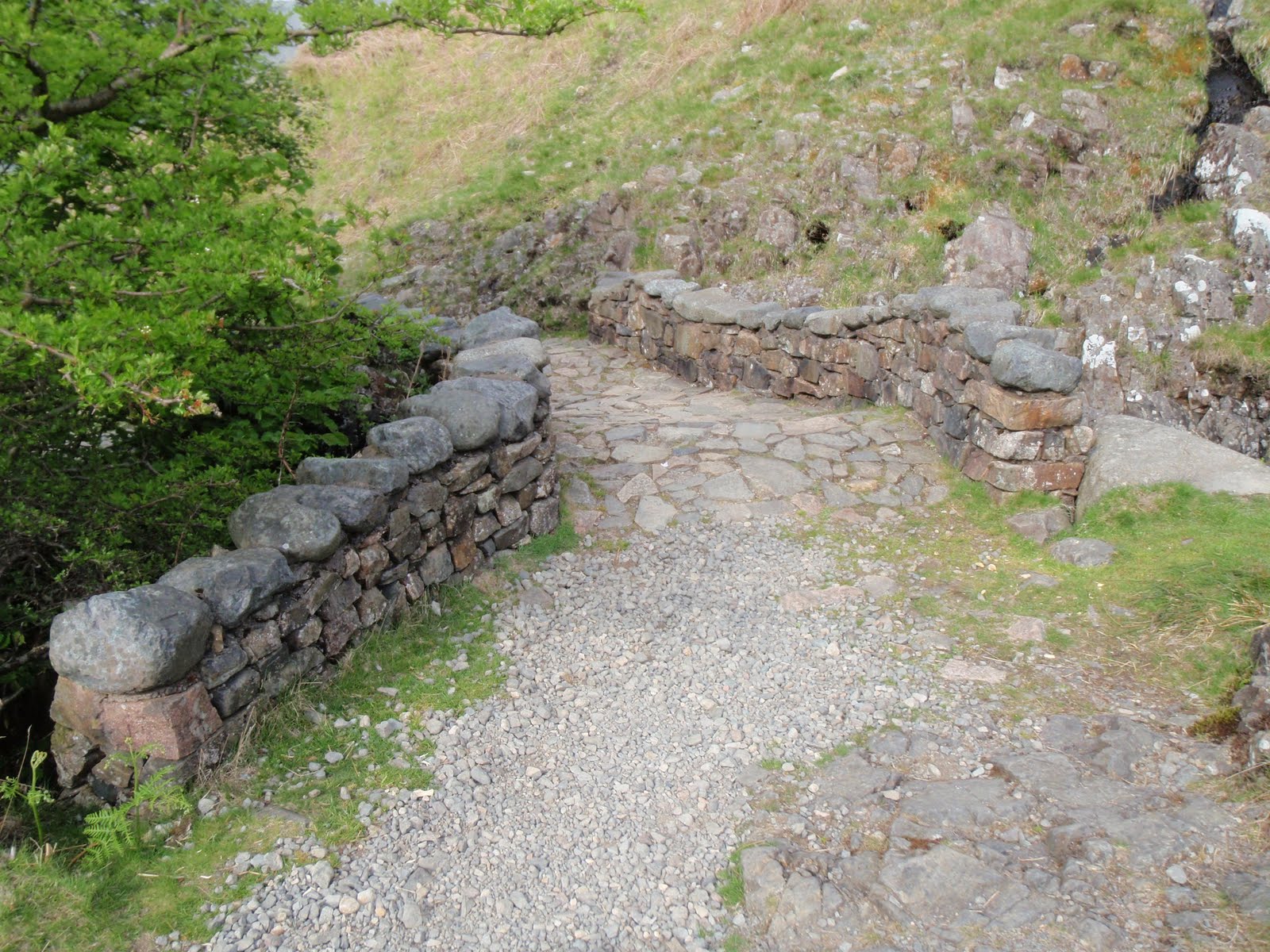