It started off badly when I found I’d forgotten my compass! I walked a circuit from Lydgate near Littleborough.

First went south quickly reaching the motorway and crossing it. Here I headed east and this was fine for about 1 km but then the right of way had no path under it. Sometimes this is alright but today after all the rain, the bog was too much especially when it went over my ankle and into my boot, so I headed up to a clear bridleway which I could follow up to the mast just near Windy Hill. This was all ok but by the time I got to the mast the fog had descended and the mast was barely visible although I was right next to it.

Then it was back across the motorway and a long quite dull stretch northwards to Blackstone Edge. It was even more dull as there was nothing to see except the flagstones in front of me. This is part of the Pennine Way and Cath and I walked this in September. I don’t remember there being flags then but I may be mistaken in this.

From Blackstone Edge it’s a short hop to the Aiggin Stone, this was also barely visible and what light there was was disappearing rapidly. West down the Roman Road where I promptly fell over, turned my ankle, knocked my pride, and managed to land on the soft bits. My wrist feels a bit weak but will probably be OK tomorrow.

Down through the soggy, boggy bits back to the car. The whole walk took just over 4 hours but felt much longer in the fog.

Map and …. the lack of compass was not a problem as I had backup of GPS on my phone and an electronic compass on my watch, however I have returned my emergency compass to the bag. 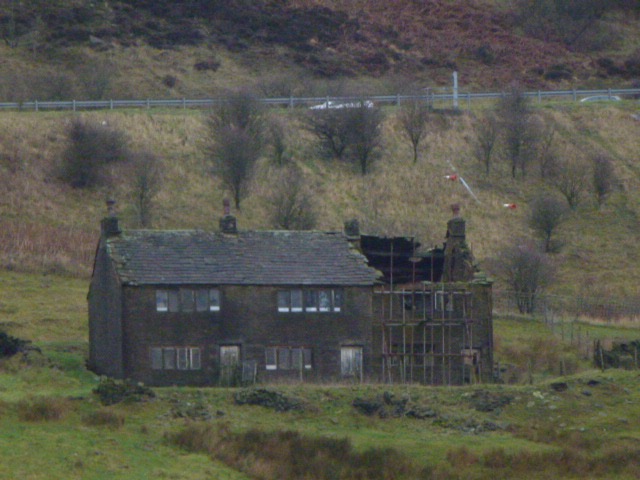 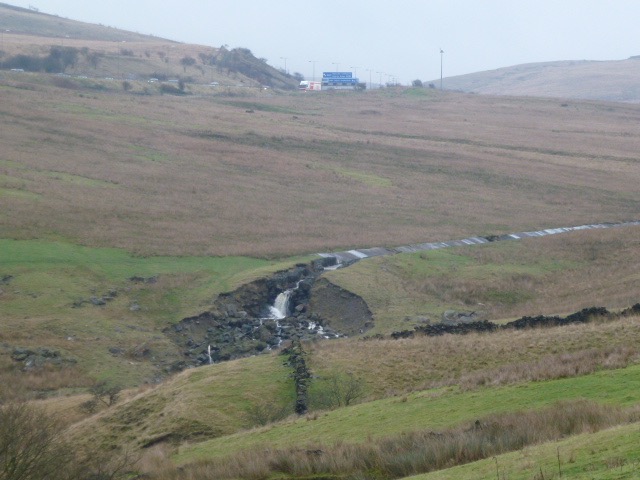 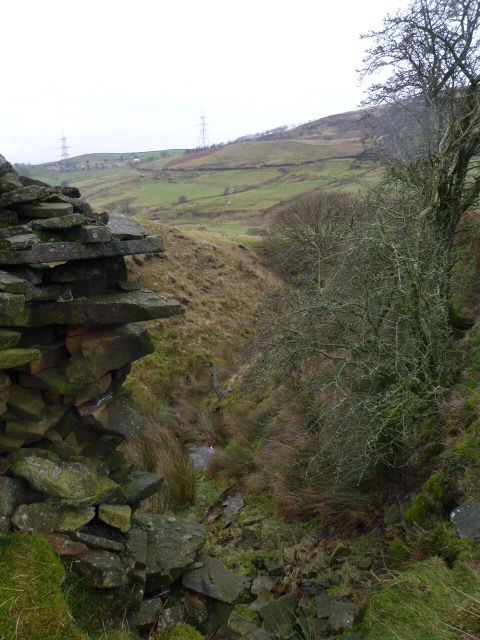 A very short walk, taking advantage of the time I get to myself while Carol is plugged into the machine away in Leeds!
I picked up Babs and we drove to the start of the walk and then walked it in the reverse of what we did back in July. The weather seemed much nicer today although it was cold and the wind was bitter.
We did the walk as fast as we could to facilitate me getting to East Leeds on time. There seemed to be a lot of people out. Babs very similar to Carol in wanting not to meet anyone on walks!!
We had a nice time catching up and in some ways the views are better this way round. There is a very boggy bit at the bottom of the Roman road but this has now been improved with some drainage channels.

After waiting some time for the torrential rain to stop, including eating our lunches indoors, Babs and I parked near the bottom of the big hill that goes up to Blackstone Edge.
We set off up the hill along a good path, the main feature of which is the Roman Road. There is a lot of controversy as to whether it is a Roman Road or not. It certainly says it is on the map. The path leads up to the Aiggin Stone which was a marker stone for ye ancient travellers and this definitely has been dated to be 600 years old.
We headed back down a bit and then cut across under Robin Hood’s Bed (but not his breakfast) and circled round to meet the Pennine Bridleway and back to the car.
We had a lovely 4 mile walk and it didn’t rain on us, which considering the forecast had been for very wet all day long was a real plus. The sun actually appeared and made us warm at the end.