Chris and I managed to take quite a long time to reach our hotel on the east side of Coventry. We set off quite smartly but made the most of shopping opportunities: Lidl in Sowerby Bridge, the first services on the M1, then Waitrose at Leicester Forest services. We followed the instructions for getting to the hotel but they were poorly written and we took the wrong junction 2 which led us a merry dance round the villages. They had meant J2 on the M6 not on the M69. Grrr.

When we got the tickets for the gig, Chris booked us into the Royal Court Hotel via Easy Bookers. A week before the gig, Easy Bookers emailed to say the hotel had cancelled our booking. Chris then had to waste what seemed like about 3 days of her life getting through to them and getting us a new hotel which was the Mercure Brandon Hall. The hotel is on the edge of Brandon which is a pretty village with half timbered houses and is set in extensive grounds. It’s a 4 star hotel whereas the other one was I think 3 star. Certainly no stars at all after their behaviour. We got a spacious room in a new build at the back accessed via a “covered walkway”.

We had our Waitrose lunches and got changed and then set off for the Ricoh Arena. We got there very easily and were in the car when the only shower of the day turned up. Given that the forecast for Thurs and Fri had been rain all day, this was the only wetting we experienced. We reached the arena fairly easily, even with the large volume of traffic. We took the car because public transport meant going into Coventry and back out again which looked like it would take a long time and probably not happen at all later on. A taxi would be expensive for 2 trips and hard to get one afterwards.

So we had to park the car! The arena website had said that none of the parking on concert days was pre-bookable so we tried to get into the on site parks which then turned out to be pre-booked only, with AA signs saying that certain of them weren’t pre-booked, but it was all very confusing. We headed off towards the off site ones which were a long way away and got turned out of one of them, the next one had no access, presumably full, so in the end we parked up in a field with knee high wet grass for £20 which was very unofficial. The good thing with this was that it was right next to the arena.

Into the arena and straight to the casino! Badlands (UK fan club) was hosting a get together which really meant they had a table with T-shirts to buy. Chris bought one. The casino was a vast cavernous room which smelt of swimming pool thanks to its big water feature. We got chatting to a man from Mansfield who was quite sweet and who has never been able to persuade his wife to join him at a Bruce gig, she likes Michael Buble.

Time to take our seats, these were very good and in amongst the other Badlands ticket holders which was infinitely preferable to being in amongst the day trippers. This is especially true for the UK gigs where if we get non Badlands tickets, we end up with the beer swillers and talkers who don’t shut up for the quiet songs. In Euro land the fans tend to be much more polite and listen attentively during the quiet numbers.

Bruce came on at 7.20 and started with a solo of The Ghost of Tom Joad. The first few songs were great, including My Love Will Not Let You Down (played at mine and Carol’s civil partnership ceremony) and Trapped, another favourite of mine. Then as a tribute to James Gandolfini who was a friend of the band they did the whole of the Born to Run album which should have been a treat but came over as a bit lacklustre and it felt like they raced through it. We did think perhaps they weren’t on top form because not only Gandolfini but also Max Weinberg’s 97 year old mother had died at the weekend.

The last section of the set picked up a bit. I wish he would do more of the old stuff and less of the audience participation. Part of me wonders if they now have to include Tenth Avenue Freeze Out at every show because that’s when they show the photos of Clarence and Danny. And do they have to include Waiting on a Sunny Day because that’s when some hideous brat who doesn’t know the words to the song and who can’t sing anyway, is pulled out to do just that? Or do they have to do Dancing in the Dark just so that some “girls” get to dance with either Bruce, Stevie or Jake? Perhaps a bit too formulaic for me, but I’m prepared to put up with that if the other 27 or so songs include things I’ve wanted to hear him do for years.

Whole album (if he must do this, I can’t help feeling it’s a bit lazy) Tunnel of Love

I will dream on and see what the next gig brings.

We got back sometime after midnight and ate more snacks and drank more beer. I slept badly as had managed to develop a cold during the gig.

The next day we had a lovely breakfast, I actually had a cooked one!

We went to Brandon Marsh Nature Reserve which was about a mile down the road. This was a lovely spot on reclaimed gravel pits. We looked in all the hides and spotted some birds! There weren’t many people about which was a plus, we managed to hide from a couple of women we found annoying and got chatting to another couple who we did like.

We had lunch of cake and coffee sitting outside the cafe in a courtyard. There were some people with learning disabilities who were not being looked after by their “carers”.

Then we headed homewards and this took a long long time because we had to stop to get tape to secure my wing mirror which is trying to leave its casing and because the traffic was just incredibly slow for miles and miles. 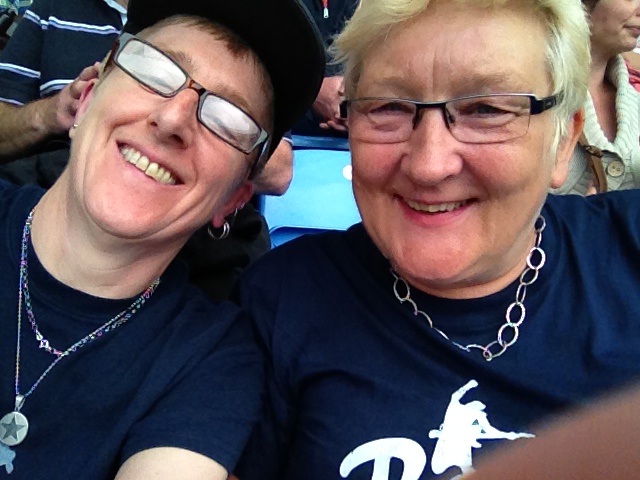 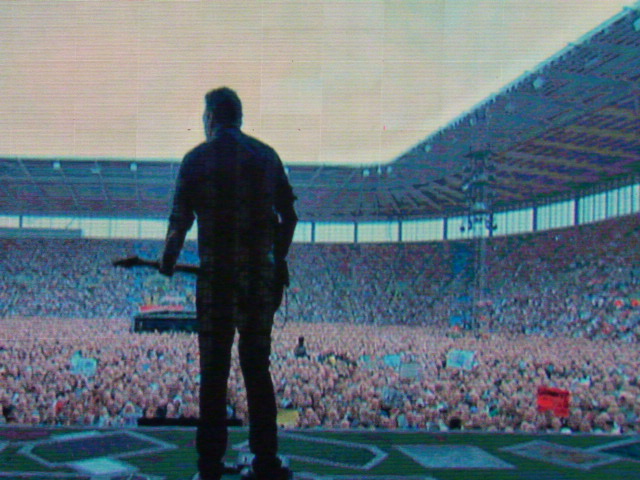 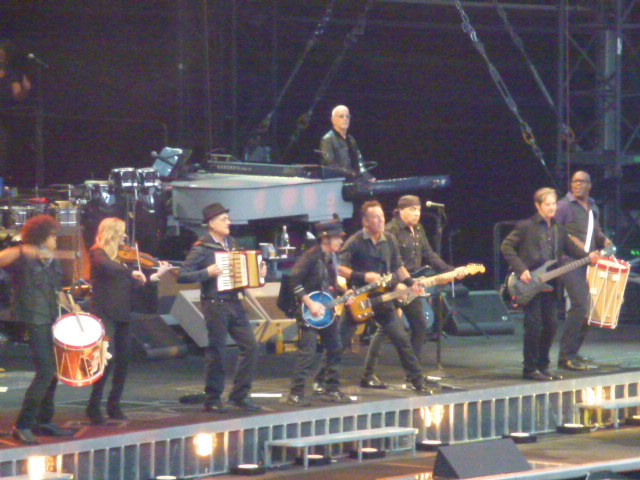 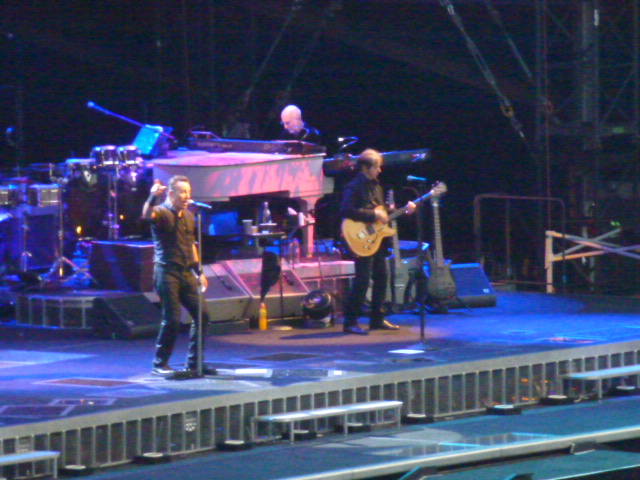 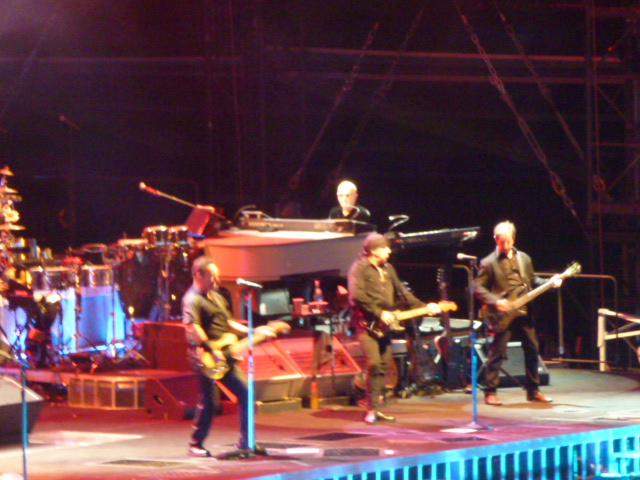 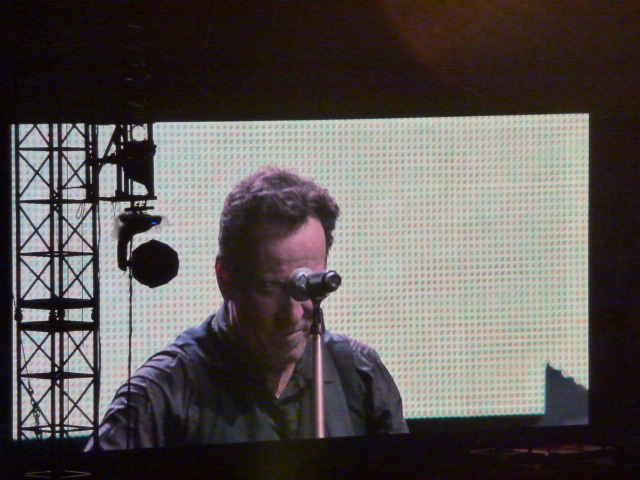 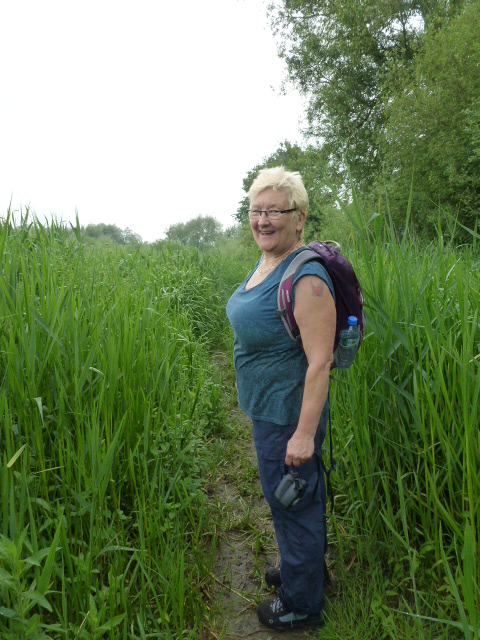