Drove to the Pen y Gwryd hotel arriving just after 9pm. I unpacked and went to the residents’ bar for a couple of halves of beer. I met 3 brothers and their father and some others who were staying.

I had the full Welsh breakfast and got to Capel Curig on time to meet up with Paul (trainer), Chris, Adam and Branwen at the cafe.

Walked out behind Moel Siabod cafe and basically did hours of intense navigation practice on quite lumpy and bumpy terrain with lots of little knobbles and nipples! The Clogwyn and Crimpiau area.

I found at one point that my compass wasn’t working properly which could have been because of the big iron stanchion I was next to but on further testing it was affected by my magnifier.

So I know now to keep my magnifier well away from the compass. I’ve also tested all my jewellery against the compass and my necklaces are ok but some of my bracelets are a bit suspect so I won’t wear them when I’m out with the compass.

This was a very active day running up and down hills and I felt pretty tired at the end of it but also reasonably confident that I do know what I’m doing and am not too bad at interpreting contours.

I went to Cobden’s hotel for my supper and had a risotto which was a bit greasy but tasty and inexpensive. I was later told this was not the best place to eat and it’s true the place is a bit neglected but my meal was actually quite ok and I didn’t suffer after eating it. There were lots of photos of Dylan Thomas and although I’ve looked, I haven’t worked out why.

Back at Pen y Gwryd, I met up with the 3 brothers and their lifelong friend and their dad and had a nice time drinking beer with them (these brothers were just here for the weekend, and not the brothers who run the hotel) and also with a lawyer called Nigel from London. 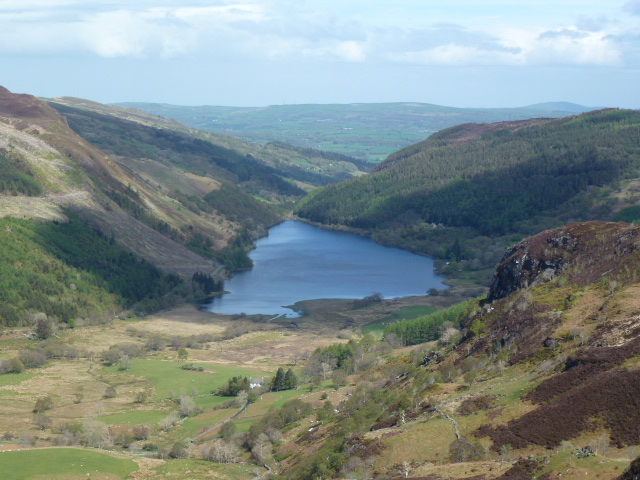 Back to the cafe to meet Paul, also Chris, Tim, Dan, Ken and Branwen. We set off to the Ogwen cottage, parking up on the road, and walked up to Llyn Idwal with helmets and ropes. We practised indirect belays, direct belays and the 3 types of descent methods – angel wings, traditional abseil and South African abseil. I felt much more confident about doing all of these and Paul reminded me that there is no need to rush anything on the assessment.

We then did some confidence roping and tried this across different sorts of terrain. This was useful as this is something I can imagine doing if a member of the party was injured or needed help.

We then went back down. Branwen and I went to Idwal Cottage for refreshments and I used the new facilities before heading off home. I got home in 2 hours and 20 minutes which was great as it took me nearly 3 hours to get there so am definitely sticking with the A55 as far as possible route for the future.