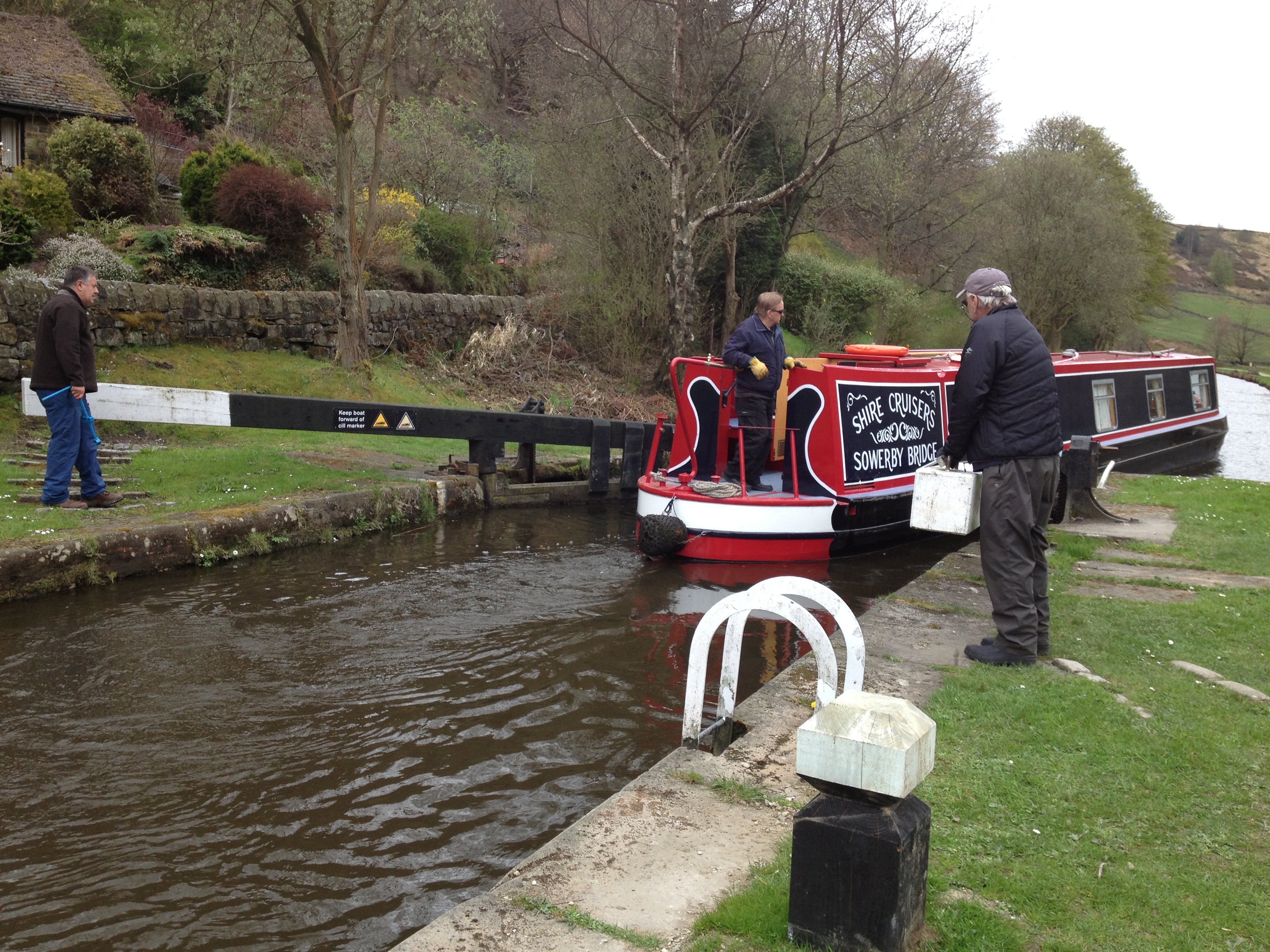 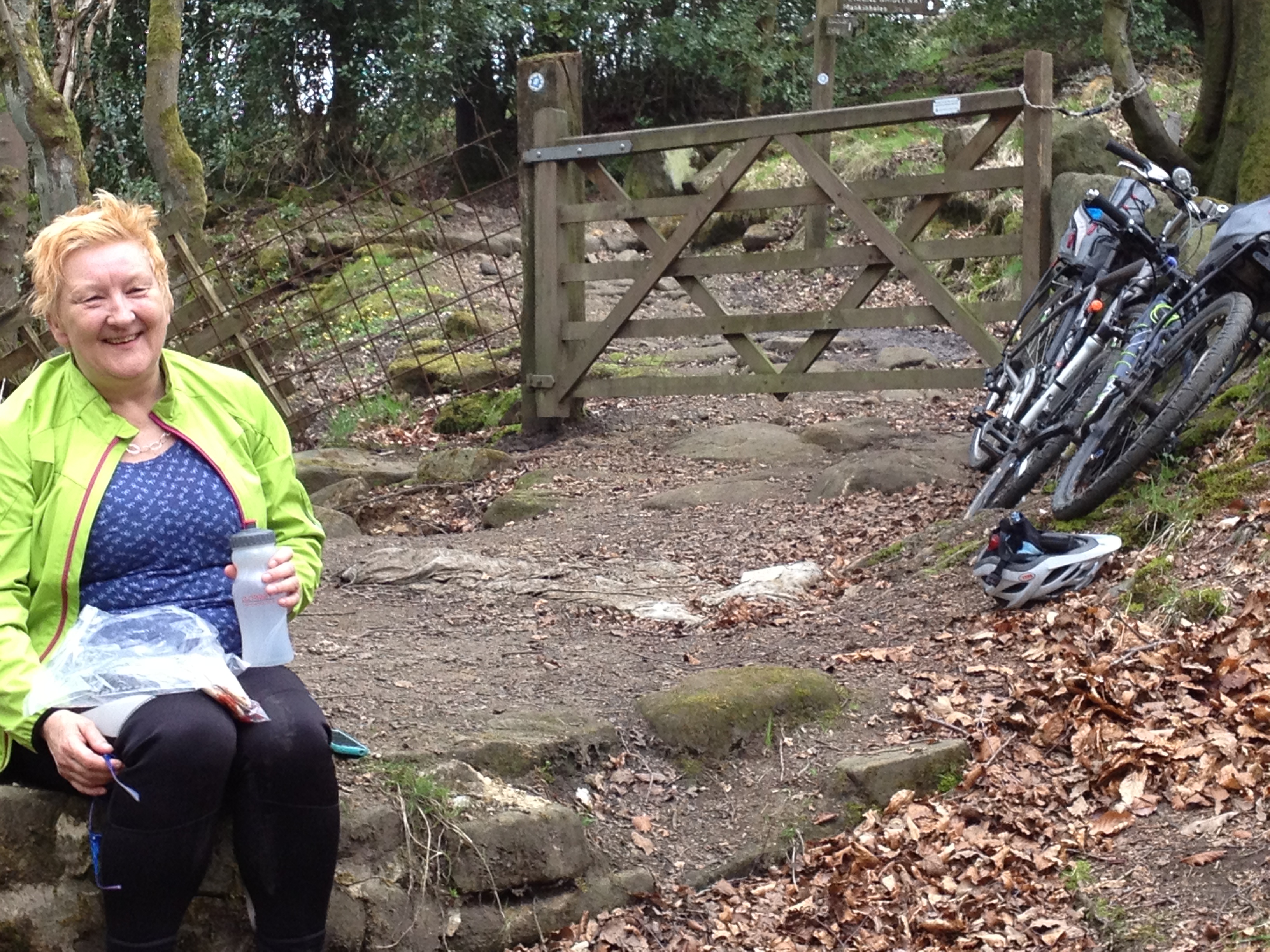 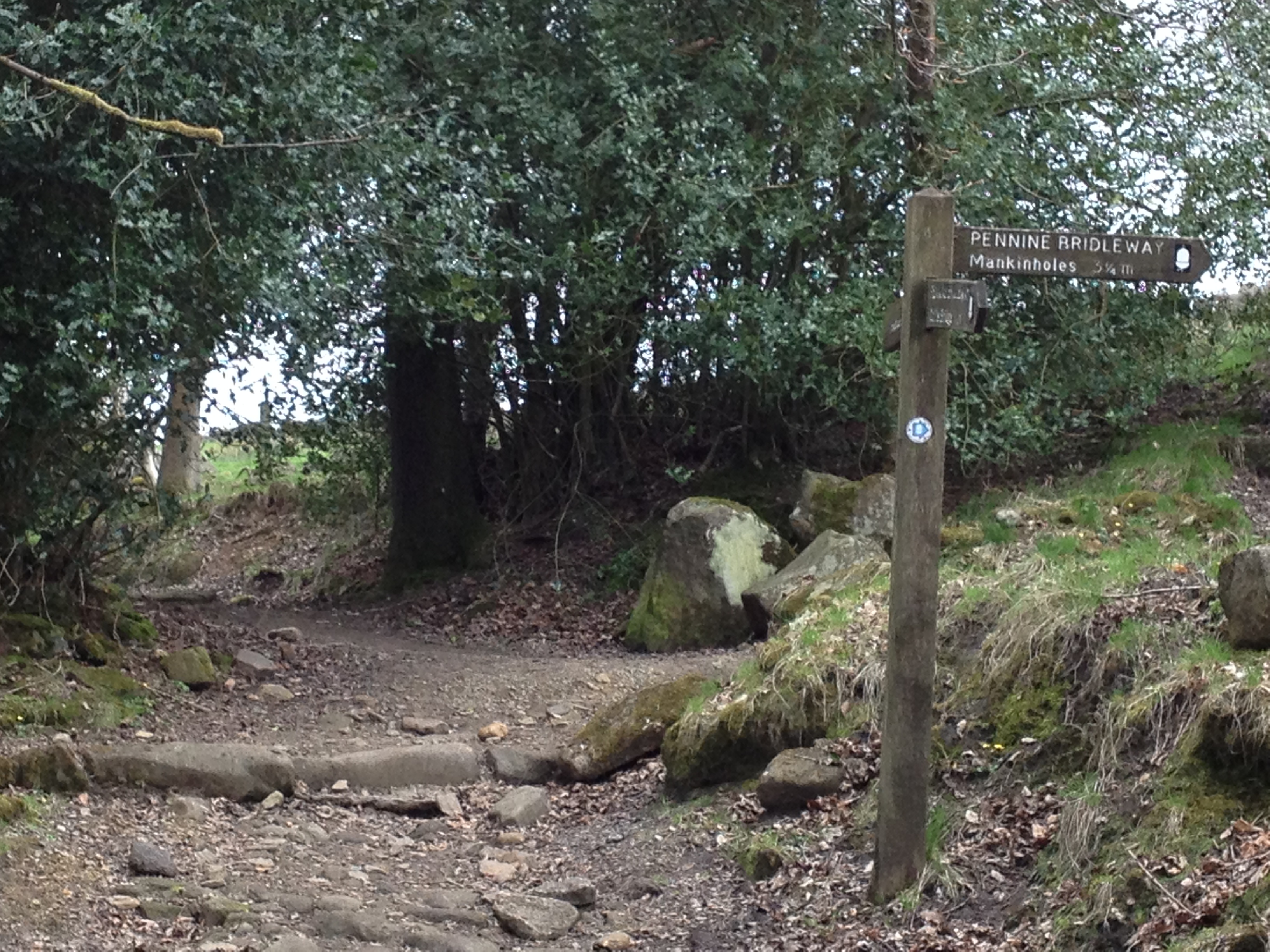 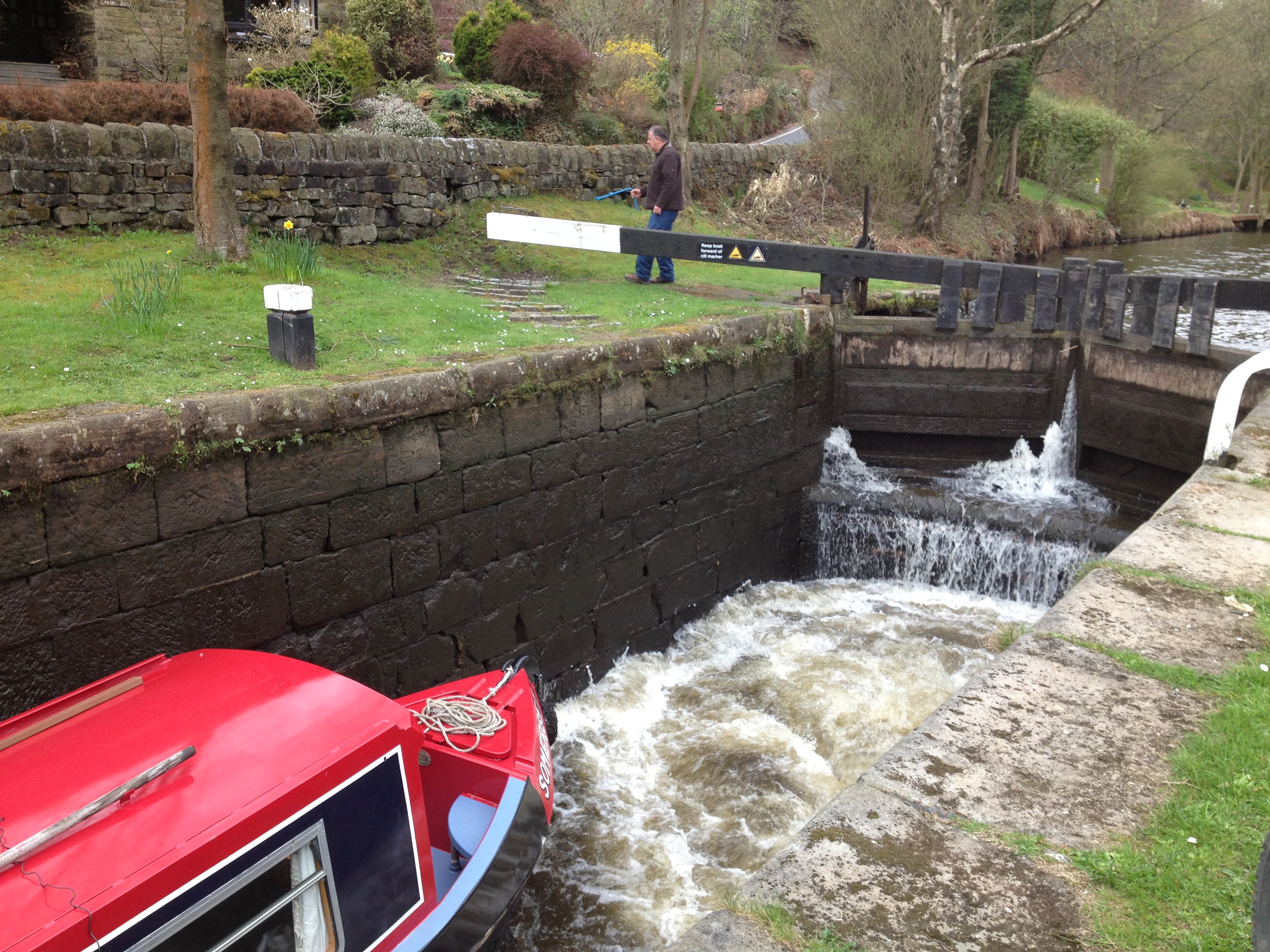 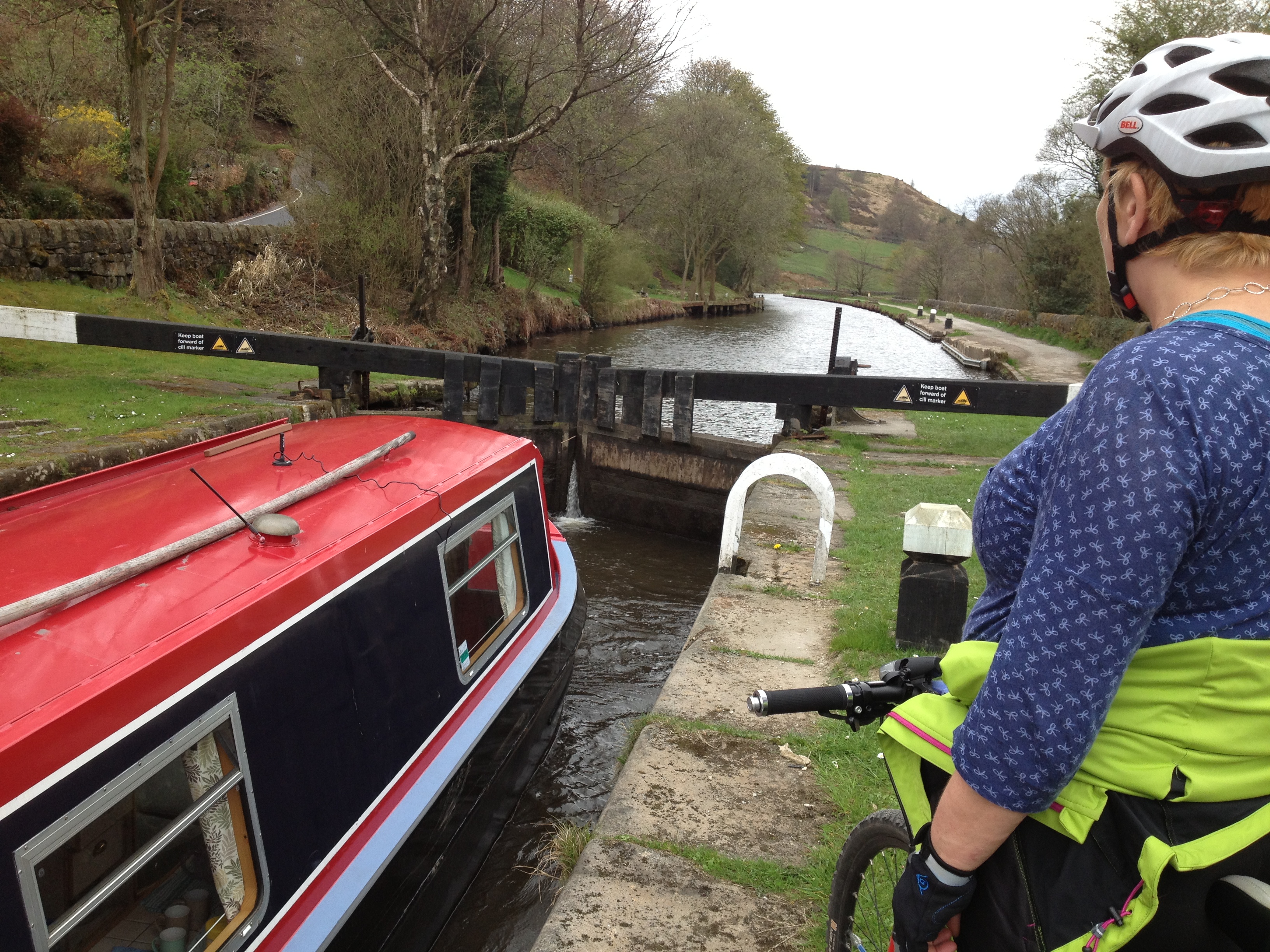 Chris and I did about 20k from her house. I only started measuring the distance when we’d already gone quite a way.
We went up to Mankinholes on the road and then along the bridleway which at that part is called London Road, decided not to go all the way to London today. It’s been refurbished and is now quite good to cycle on, less boggy but actually everywhere is very dry. We just followed the PB (blue markers) along packhorse roads and then dropped down to Callis Wood. Stopped for a late lunch by the river and then down through the wood to the canal. We took the canal back to Tod as far as Woodhouse Road, watched some men getting a barge through a lock. We had to carry the bikes up some extremely steep steps to get onto Woodhouse Road, they would be hard without a bike. Then up and up what used to be a lovely pretty lane and is now foully marred by the dumping of detritus. Up some more to the Shepherd’s Rest. Then down all the way back to Chris’ house for a welcome cup of tea.
I managed to get oil all over my clothes trying to get the bike back up on the car which was a struggle because it was at a bit of an angle. Then when I got home found I had a four inch scratch down my calf. No idea where that came from.
We were celebrating Karl Marx’ birthday: http://imperialsenate.wordpress.com/tag/karl-marx/