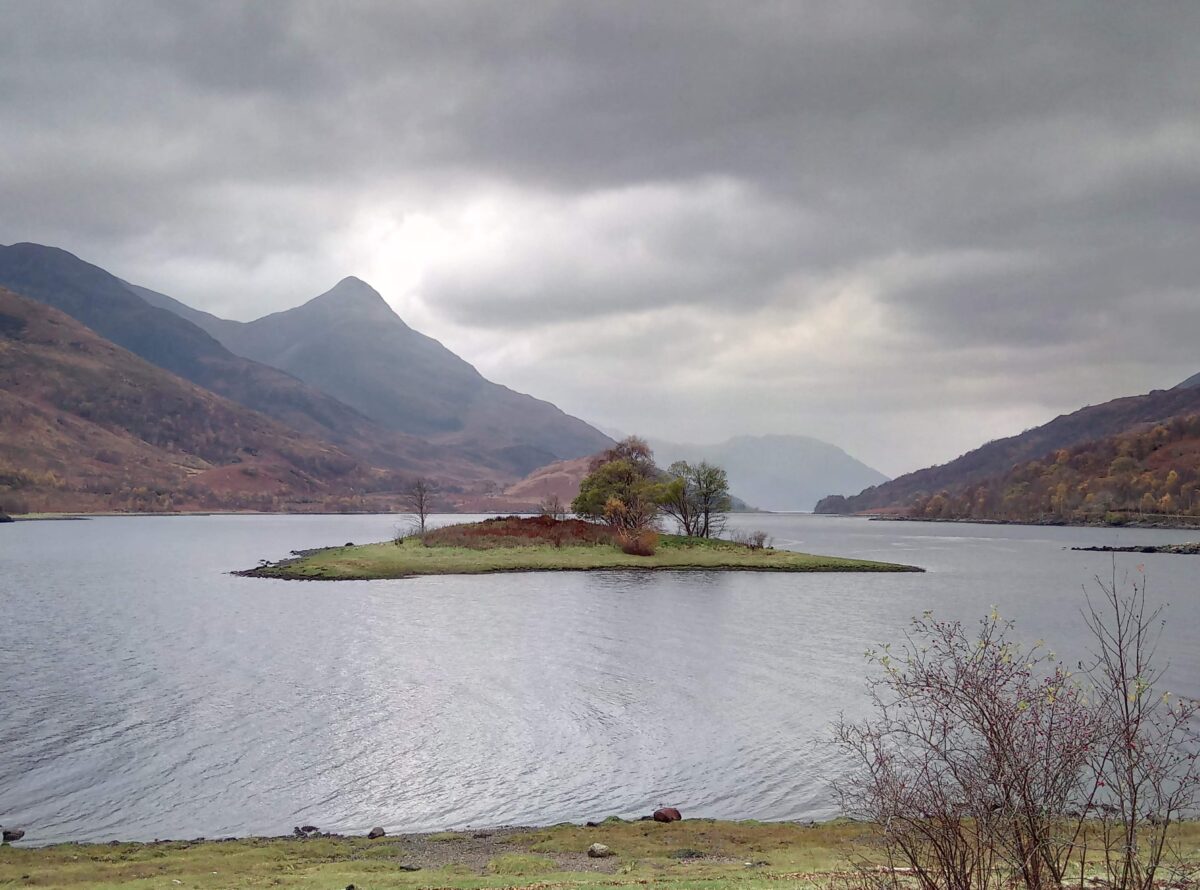 7 hour journey including 4 stops. It took 2 hours (usually just 1) to get to Lancaster services where I had double espresso and granola yoghurt breakfast. Then another double espresso at Abington services. A woman tapped on my car door and asked if I liked my car! Once I’d recovered from the shock she was very friendly if a bit odd. Stopped for lunch somewhere on the side of Loch Lomond and then the loo at Tyndrum. Arrived at HF Glen Coe at 14.45.

Huge room with en suite bathroom. Tea and small piece of cake and one small shortbread. Out for little walk around the grounds and Loch Leven with Steve (leader, but everyone is doing self guided).

Back to house. I am now officially at risk of redundancy. Past caring.

Not one firework to be heard, bliss!

Drove back along the A82 and parked up. I cut the walk route by not walking along the side of the A82, saved lots of kilometres. Walked up the West Highland Way about 350m to a col, this is part of the old military road network made by General Wade, although this section was done by his successor. The road is over 250 years old and was part of the Brits exerting control over the pesky highlanders. I turned right at the col onto a less distinct path to the summit of Beinn Bheag. Good views although a lot of low cloud around. Back down and then an espresso in the Clachaig Inn which is/was used by mountaineers. Drove through old Glencoe village, and Ballachulish village. I now know where the diesel and the Coop are. Then a scenic drive along and around Loch Leven and through Kinlochleven (another Coop and a leisure centre with a climbing wall and an ice wall).

I’ve seen more about the restructures at work and am cross. 15 years of loyal service and now I’m surplus to requirements. It’s not personal, of course it bloody is.

The house has an indoor pool so I popped in for a swim. It was nearly dark and there was a man in the pool. He told me he was naked and asked if I minded and I said I didn’t so we just chatted away. It was nice of him to tell me, I can’t actually see much without my specs on so I probably wouldn’t have noticed unless I’d seen him get out with his dingly dangly bits.

Missing Chris as much as ever. It’s when I’m out in the mountains that I feel it a lot. She would have gone a bit quiet over the boggy bits though, she hated bog and boy did we get in a lot of bogs.

Dinner of Scotch broth, sausages with veg and mash, hot plums and berries with a tiny bit of a sort of custard.

Quiz, the group I was in didn’t win again.