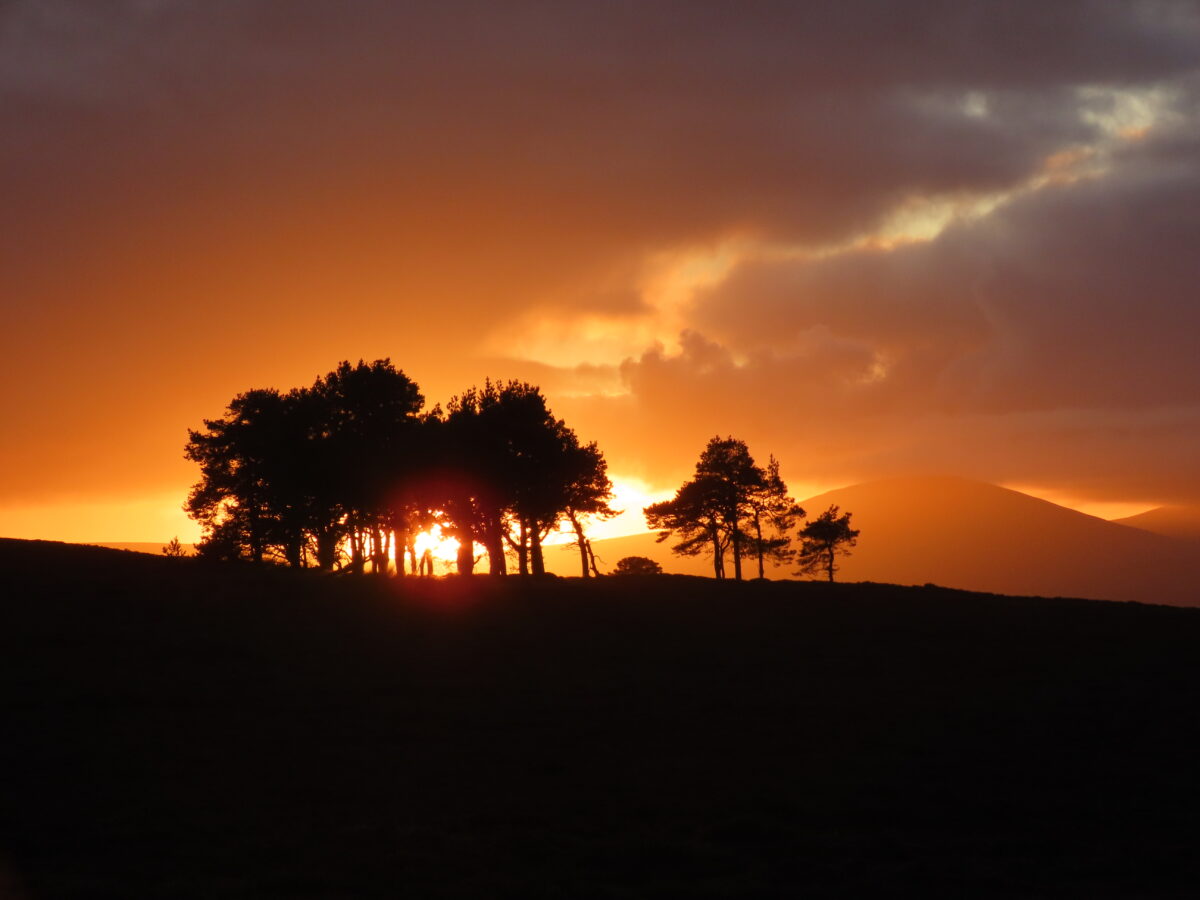 Rain. Rain. Huge rain. It took Liz and Ariel 5 and a half hours to reach me from the Forest of Dean. I watched TV turning the heating off and back on as their journey time increased. A pit stop and a transfer of interesting luggage (an axe and a bag seemingly full of footwear) from one Skoda Yeti to another and we were off into a wet time warp where for at least half the journey Google Maps told us it would take 3 hours and 22 minutes. If only. 5 soggy hours later we reached Church Cottage in Kyloe. Our landlords had kindly unpacked our Sainsbury’s delivery for us and left us a bottle of organic prosecco. Cheers.

Great to see our views across to Lindisfarne. We went shopping in Berwick. I managed to get run over by a car. My foot was trapped under its front wheel for a while but I came away completely unscathed, not even any bruising. I frightened myself and my friends and the driver for which I am truly sorry. I didn’t look before I crossed the road the second time because when I’d crossed it first I looked both ways, saw cars only going one way, saw cars parked facing the same way so made an incorrect assumption. I was lucky the driver was going slowly and that I was wearing new Doc Martens that are very rigid. Of course it was my left foot. But remarkably there is no damage. I have wanted to be dead but I don’t actually want to die. Not yet, not until I’ve finished sorting out the stuff in my house. And not then either. It was a salutary reminder that all it takes is one microsecond of inattention. I am walking around with so many dead loved ones I’m not that surprised it happened. After calming down from my idiocy we went to Cheswick and walked by the sea. Liz and I managed to walk in an area containing unexploded ordnance and quicksand! Back to gigli made by A. Yum. Started watching The Laundromat film with Meryl Streep about the Panama Papers.

My foot is none the worse. Remarkable boot. Not even a mark on the boot. From Craster we walked along by the sea to Dunstanburgh castle. At Greymare rock we sent Carol’s ashes off into the sea. A seal joined us while the crashing waves took the ashes away. Called in at Howick Hall for the slowest tea ever and an incorrectly delivered order then walked around the gardens. Back home along the lanes as the sun descended. Liz produced borscht, scrummy. We finished watching the Laundromat. Good movie.

Ariel and I walked a good part of the way up The Cheviot but decided not to try the summit as it was very boggy and cold on the dark side. Instead we stayed in the sun to descend and bimbled about in some woods. We got back to Liz, a blazing fire, delicious kedgeree and a really rubbish film, Call Me By My Name which Netflix told us included “strong sex”. Only if you are a peach. It was very boring IMO.

Billy Shiel’s boat from Seahouses around the Farne Islands. Good weather, a bit of bouncing on the waves, a lot of birds and a huge lot of seals, all sizes and ages. Only £15 for 90 minutes. Fab. Pit stop at the Ship Inn. To Ros Castle, a short steep climb for 360 views. Descended to magnificent burnt orange sunset. I made the green Thai curry, possibly the first time I’ve really cooked for other people since Carol died, and I enjoyed it. We tried to watch Capote movie but Liz and I fell asleep. Lovely day.

We drove to Lindisfarne across the causeway. Straight into Pilgrims’ Coffee which sold nice coffee but was short on competent staff. Up to the castle for a good look round including a history talk. Around Gertrude Jekyll’s garden, over to the priory, the parish church and back to the car to get across the causeway before the tide came in. Home for lunch, then A and I went out for walks in different directions. I stayed out until dark. Dinner and another terrible movie, Roma.

We did our own things during the day. I went to Lowick and bought bread, then to Doddington. I did a circular walk to find a hill fort, a stone circle and a cup and ring stone. The paths were very overgrown with bracken and gorse and indistinct for most of the walk. I had to micro navigate using a mix of old and new tools all the way round. I found everything, well I found the hill fort easily enough, I wasn’t sure about the cup and ring marks because I didn’t really know what I was looking for. The stone circle (rems of) only had a solitary stone in a swamp of bracken. There may have been more but I didn’t want to do any more bracken than I had to. I got back to the cottage. We dined out at The Black Bull in Lowick 2 miles away. We all had really nice dinners. Back at the cottage we moved away from awful films and played Bananagram, Liz was very good and I was delighted to have been able to use the word buggery.

We set off to have a look at Kielder Forest, as we drove we talked about coffee at the observatory. But unlucky for us the road was being resurfaced just at that point so we couldn’t get there. Instead we had a look in the Alpnhaus (why no ‘e’?) where there is a swish B&B and an Alpine shop, all feeling pretty remote. We carried on to Corbridge where we stopped for our coffee, by this time it was well into the afternoon. Eventually we rocked up at The Moorcock in Norland which is on my doorstep and ate very well in the pub. I can’t rate this place highly enough. Then back to mine to recover from yet another mammoth journey.