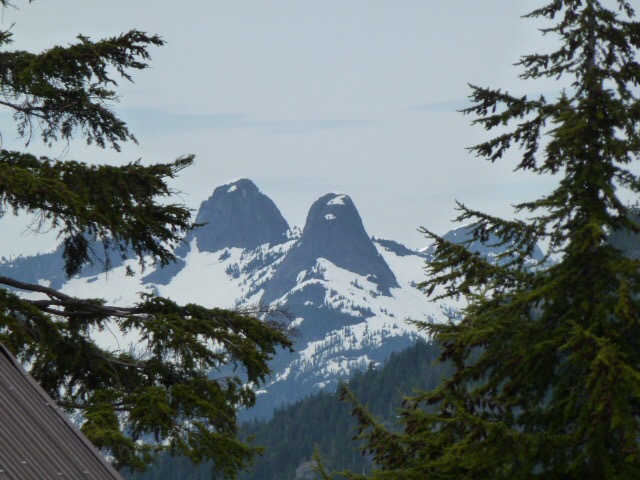 Got up relatively early and took the 601 bus, the Skytrain (2 mins of sky), the seabus, the 236 bus and arrived at the bottom of the mountain about 11. Then to my horror I couldn’t find Bonnie’s travel card which she had so kindly lent me. It would have been annoying if it had been my own card but absolutely mortifying because it was someone else’s. I turned out my pockets, checked the loo I’d been to…

It took ages to get a ticket for the gondola but once on the very squashed car, we whizzed up the mountain to about 1100m. I got a coffee and headed off to see the end of the grizzly bear “talk”. There was a woman talking electronically loudly for the assembled crowd. Then they all went away and I watched the bears for a bit, one of them was hot and cooling himself against the snow.

Next I moved a few yards across to the birds of prey demo. Rock music blasting away whist we waited, I’m not sure either bears or birds would like that. Quite a good demo, eagle, owl, falcon all flying about, not together, all well controlled.

I walked to the top of the mountain at 1200m, saw a man wearing my t shirt from Bruce in Manchester last May and a grouse who chattered and walked with me for a bit of a way.

After a few minutes I decided to skip the lumberjack demo! It was very crap.
Sandwich not very nice but at least the view was good. 10 minutes of movie about bears.

Back down on the gondola. Met a couple from Birmingham, Pete and Sharon who were on their adventures. We travelled together until I left for the Skytrain and had a pleasant interlude together. They had done a small cruise of 80 passengers in Alaska and had seen lots of wildlife with Uncruise.

It took a while to get back, quick in and out. Fred picked me up. Spent a lovely evening with him and Karen, seeing their beautiful home and garden, eating and drinking spicy chicken sausages, BBQ aubergine and courgette and salad. We walked to the ocean and I stood in the USA so I have entered and exited all within a few seconds. They have been so good to me and taken me to places I just wouldn’t have found on my own. 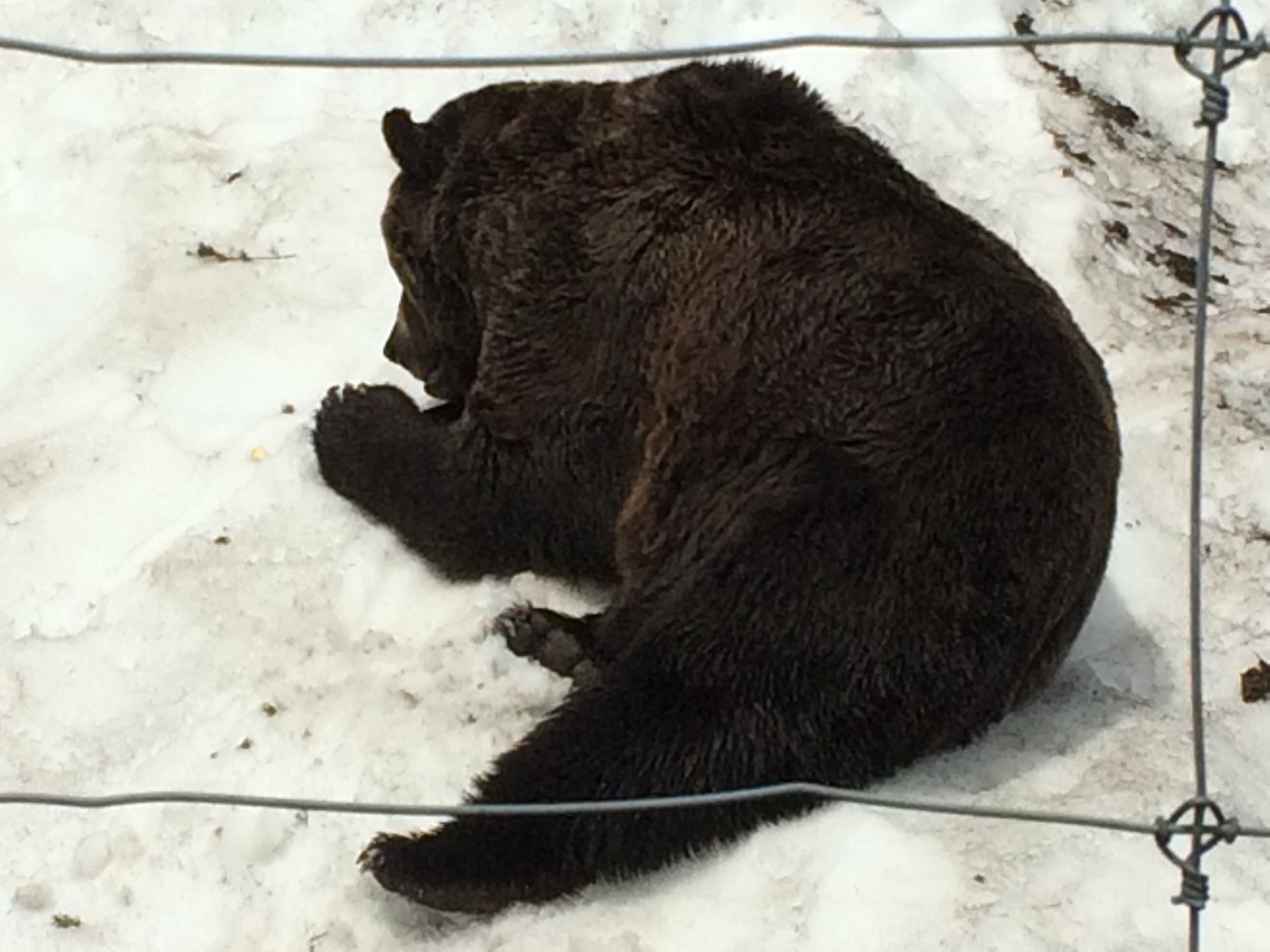